What China Hopes to Accomplish with Its New $52.5 Billion Fund 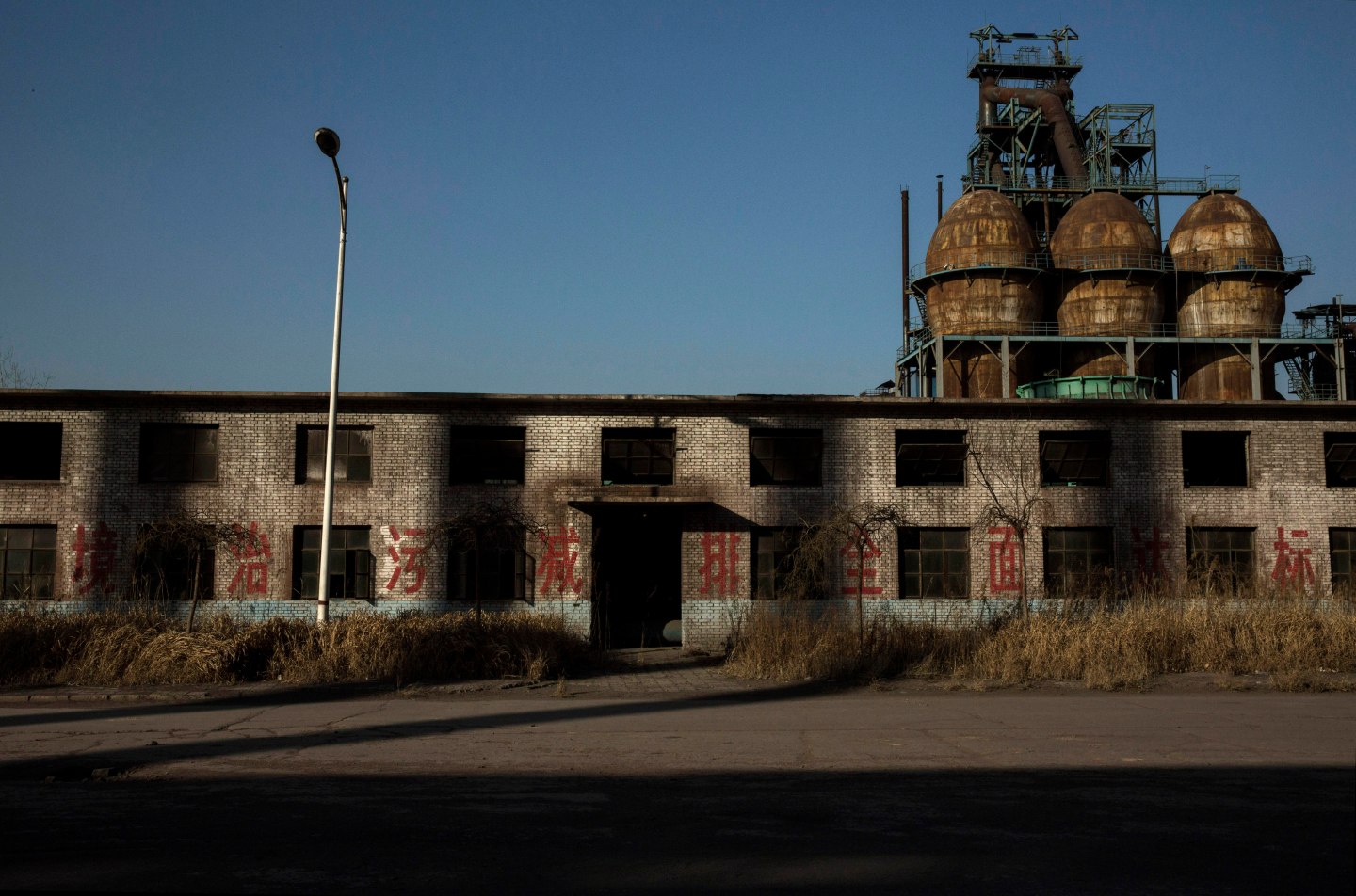 TANGSHAN, CHINA - JANUARY 26: A general view of buildings in the abandoned Qingquan Steel plant which closed in 2014 and became one of several so-called "zombie factories", on January 26, 2016 in Tangshan, China. China's government plans to slash steel production by up to 150 million tons, which could see the loss of as many as 400,000 jobs according to state estimates. Officials point to excessive industrial capacity, a slump in demand and plunging prices as they attempt to restructure China's slowing economy. Hebei province, long regarded as China's steel belt, once accounted for nearly a quarter of the country's steel output. In recent years, state-owned steel mills have been shut down and dozens of small privately-owned plants in the area have gone bankrupt. (Photo by Kevin Frayer/Getty Images)
Kevin Frayer Getty Images

China has launched a 350 billion yuan ($52.5 billion) restructuring fund as the government pushes ‘supply-side’ reforms that have included mergers of inefficient state enterprises and laying off workers in struggling sectors such as coal and steel.

The China State-owned Enterprises Restructuring Fund will be managed by the State-owned Assets Supervision and Administration Commission (SASAC), the Economic Information Daily, a newspaper run by the official Xinhua news agency, reported on Monday.

Ten state-owned enterprises have provided initial registered capital of 131 billion yuan, the newspaper said. It did not spell out how the rest of the funds would be raised or how the proceeds would be used.

China has made reform of state enterprises, many suffering from surplus production capacity, a nationwide priority as economic growth slows. For some sectors reform means mega-mergers – such as the marriage last year of top train makers China CNR Corp and China CSR Corp – to create national champions with the heft to compete on the world stage.

China is not the first country to create a fund to support state firms going through hard times. The South Korean government has approved a $9.5 billion fund to help recapitalize state-run banks exposed to the country’s troubled shipping sector.

“This fund aims to facilitate the destocking and deleveraging process,” Zhou said.

As part of a five-year plan, the government has vowed to create innovative and globally competitive enterprises through mergers, asset swaps and management reforms.

China will reduce the number of state-owned enterprises this year to no more than 100 from 106, state media reported in July, citing SASAC Deputy Secretary-General Peng Huagang, who added that 10 central SOEs were in talks to create five groups.

China’s central state-owned enterprises will complete their restructuring by the end of next year by introducing private capital and strategic investment into their projects, the Economic Information Daily reported earlier this month, citing unnamed insiders.