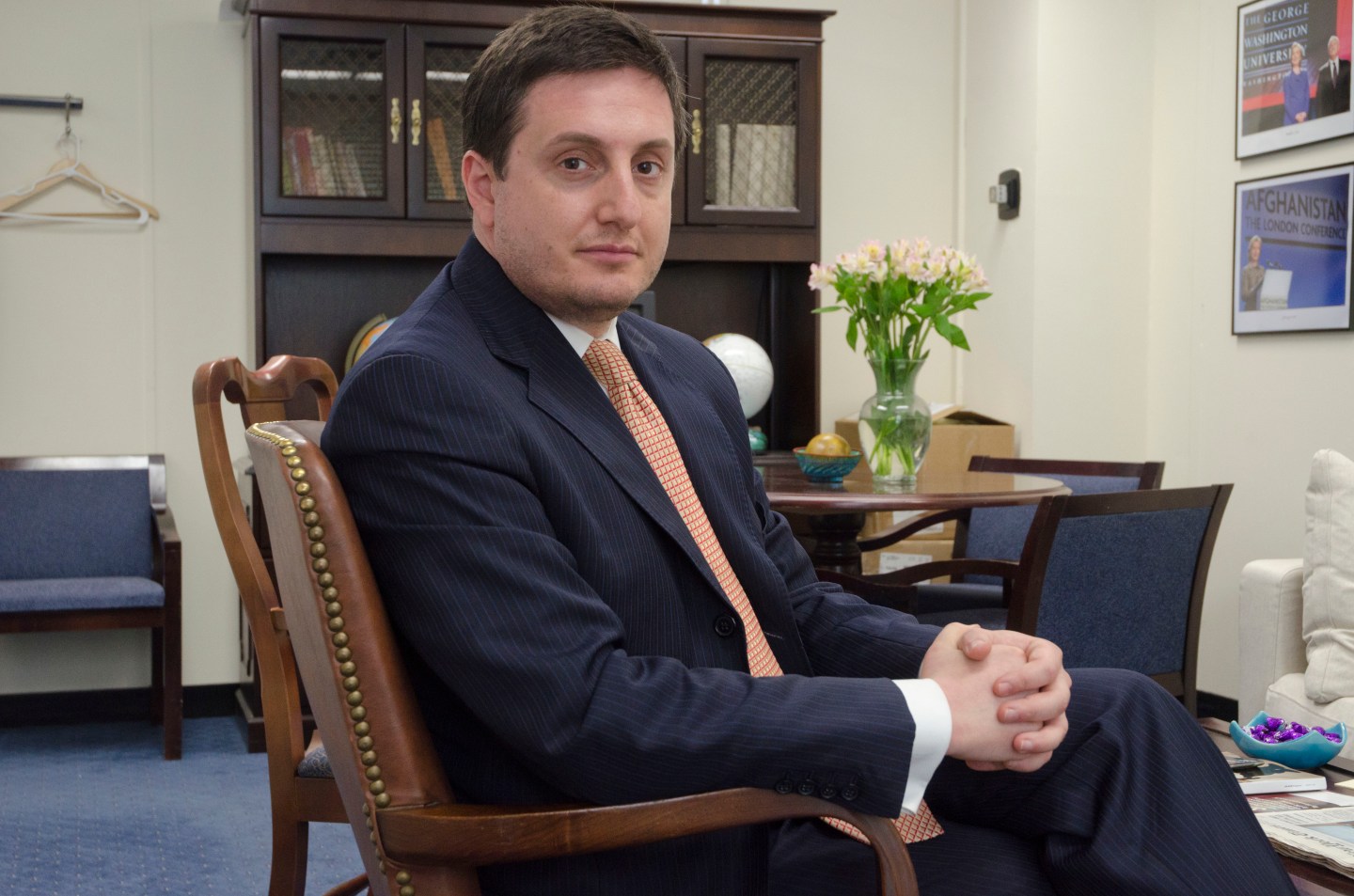 Philippe I. Reines photographed in his office in Washington, D.C. on May 19, 2011. Philippe I. Reines - joined the State Department as a Senior Advisor to United States Secretary of State Hillary Clinton when she was sworn into office in January 2009, and was later promoted to the position of Deputy Assistant Secretary of State. In June 2009, National Journal featured Reines in its Decision Makers issues, an overview of "Key Players in the Obama Administration." In its Dec 2009 profile of Hillary Clinton, Vogue magazine described him as Clinton's "Michael Clayton-esque image man and fixer." In March 2010, The Washington Post via Getty Images's WhoRunsGov included him in its Power 25: Press series, and in July 2010, Politico included Reines in their 50 Politicos to Watch list, categorizing him as a "Fixer."
Photograph by Marvin Joseph—The Washington Post via Getty Images

Hillary Clinton press secretary Brian Fallon started off Monday night’s debate by thanking the man who’s been helping the former Secretary of State prepare for her showdown with Donald Trump by impersonating the brash billionaire.

Longtime aide Philippe Reines, who Clinton once described “passionate, loyal, and shrewd,” according to the New York Times, has spent his career in Washington building up the former First Lady. But for the last few days, his job has partly been to tear her down by mimicking Trump’s trademark unpredictability, insults, and all the other tactics he displayed during the Republican primary debates.

About an hour before the debate, Fallon credited Reines with getting Clinton ready for Trump.

There are multiple Trumps. But only one Philippe.
(h/t @jmpalmieri) pic.twitter.com/I5cY3QW40B

“There are multiple Trumps. But only one Philippe,” Fallon tweeted.