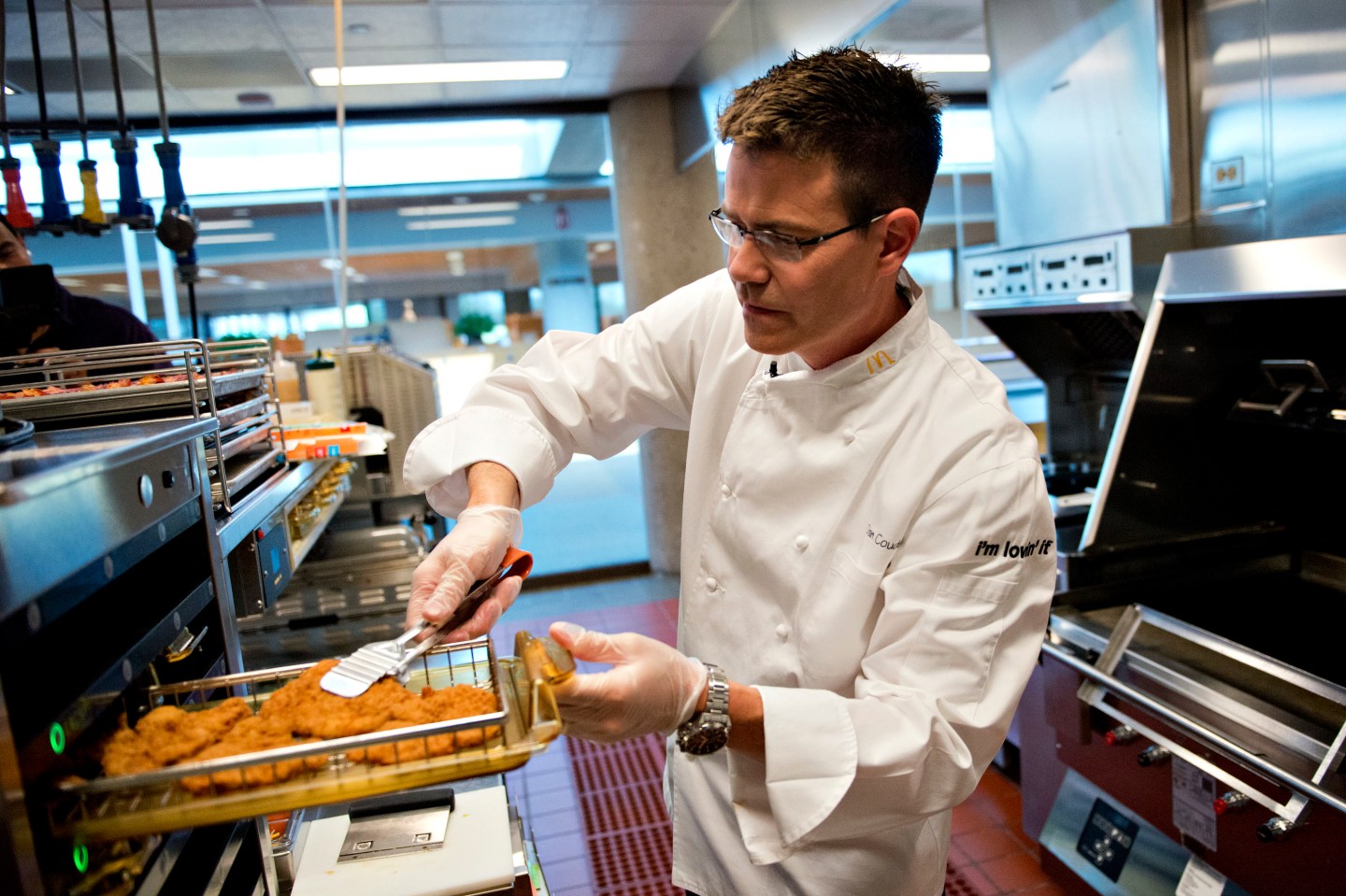 Dan Coudreaut, executive chef and director of culinary innovation for McDonald's Corp., prepares a McWrap in a test kitchen at McDonald's headquarters in Oak Brook, Illinois, U.S., on Tuesday, July 23, 2013. Coudreaut graduated from the Culinary Institute of America at the top of his class, ran the kitchen at the Four Seasons Resort and Club in Dallas and joined McDonalds in 2004. Photographer: Daniel Acker/Bloomberg via Getty Images
Photo by Daniel Acker—Bloomberg via Getty Images

In an age when there’s no shortage of material to scroll through on the Internet, even McDonald’s (MCD) is creating original content.

McDonald’s released the first video of its new web series, “What’s Cooking?,” on Monday. The series is hosted by McDonald’s executive chef and vice president of culinary innovation Chef Dan Coudreaut, and will also feature members of his team. It’s meant to show customers where the company’s food comes from, and how it’s prepared at McDonald’s kitchens.

The first episode is entitled, “Cracking the Secret of the Egg McMuffin.” The video, which is just about a minute long, shows Chef Dan in Santa Barbara, Calif., the birthplace of the restaurant’s classic breakfast sandwich. He speaks to franchisee David Peterson whose father, Herb Peterson, invented the Egg McMuffin in 1972. Peterson says that his father loved Eggs Benedict, and he wanted to create a handheld version—thus, the Egg McMuffin was born.

In future episodes we can expect to see McDonald’s chefs travel to California’s Salinas Valley to show where they get their produce. After that, they’ll go to Boise, Idaho to harvest potatoes.

“Through this video series, we will showcase our commitment to our food philosophy, Simpler is Better,” a McDonald’s spokesperson told Fortune. “We’ll also spotlight all the recent changes we have made over the last 18 months that show that we are making changes in line with the needs and expectations of today’s consumers.”

When Steve Easterbrook became the company’s CEO in March 2015, his strategy to turn the chain around was to simply focus on the food. Since then, McDonald’s has removed artificial preservatives from its chicken nuggets, and it has announced that it is transitioning to cage-free eggs.

Surprisingly, McDonald’s isn’t the first food chain to create original content. Fortune previously reported earlier this month that Starbucks launched a web series called “Upstanders.” Inspired by the tense political climate, it aims to showcase topics such as homelessness and college tuition, and remind people that “the promise of America is alive and well.”