How Arnold Palmer Gave His Name to His Signature Drink 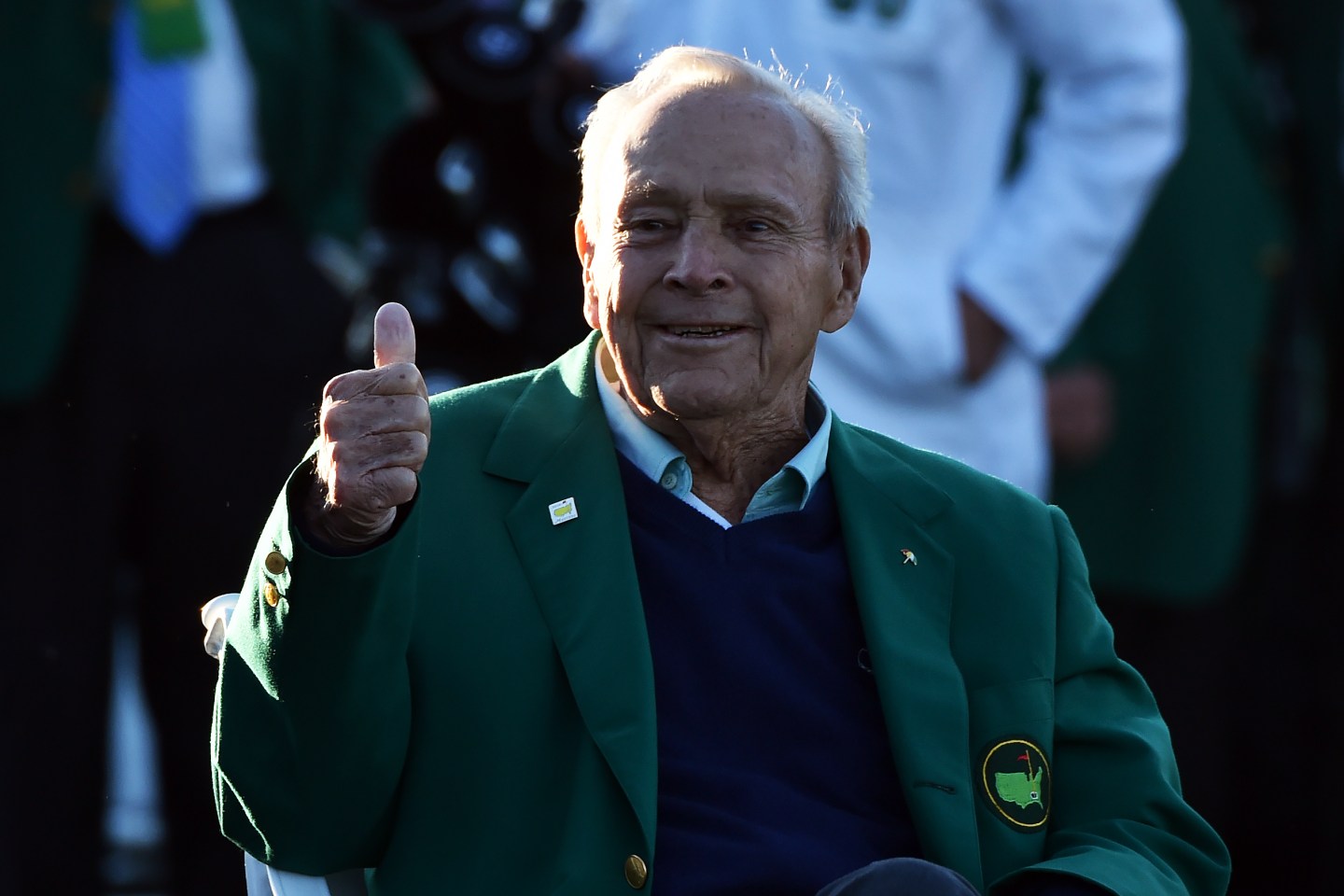 Arnold Palmer, who died on Sunday at 87, seemed to be born for golf: his father was a pro at the Pennsylvania club where he learned to play. And, even as his heyday faded into the past, he kept playing — dozens of tournaments a year, even after more than a decade had passed since his last major tournament victory. In fact, he didn’t retire until 2006.

But, despite being one of the most recognizable figures in the history of golf, that won’t be all he’s remembered for. Palmer also gave his name to the mixture of iced tea and lemonade that even non-golfers love.

According to legend, the drink’s name goes back to the 1960s. It was already a favorite drink of Palmer’s at the time — as related by Brad Brewer in Mentored by the King: Arnold Palmer’s Lessons for Golf, Business, and Life — a woman happened to overhear Palmer asking a Palm Springs, Calif., waitress to mix him one. She asked for the same, referring to it as “that Palmer drink.” The rest was refreshing history.

Palmer would later lend his name and image to branded iterations of the drink, but the Arnold Palmer story is about more than just a tasty beverage and a branding opportunity.

After all, it takes more than one simple “I’ll have what he’s having” to turn a generic soft-drink request into a widely recognized nickname. (The complicated story of the Shirley Temple is proof.) The popularity of the Arnold Palmer drink speaks to the popularity of the golfer himself. At the time, Palmer was known for his legions of fans, who had a nickname of their own: Arnie’s Army. It was the widespread and dense network of followers that helped spread the drink nationwide.

Palmer’s fans were so numerous and so dedicated — he could draw thousands of spectators to a tournament — that they were sometimes a distraction from the game itself. But their presence spoke to what made Palmer special and why, decades later, he has remained synonymous with his sport. As TIME put it in a 1960 cover story about the athlete:

Win or lose, Palmer, with his daring, slashing attack, is fun to watch. He is a splendidly built athlete (5 ft. 11 in., 177 Ibs.) with strength in all the right places: massive shoulders and arms, a waist hardly big enough to hold his trousers up, thick wrists, and leather-hard, outsized hands that can crumple a beer can as though it were tissue paper. Like baseball buffs, golf fans dote on the long-ball hitter; they pack six deep behind the tee to gasp in admiration as Powerman Palmer unwinds to send a 280-yd. drive down the fairway. Coldly precise in his study of the game, Palmer is anything but stolid during a round: he mutters imprecations to himself, contorts his face, sometimes drops his club and wanders away in disgust at a botched shot. On the greens, bent into his knock-kneed stance, he tries to sink long putts when many pros would prudently try to lag up to the cup. Says Palmer: “I guess I putt past the pin more than most anybody. I always like to give it a chance. Never up, never in, you know.