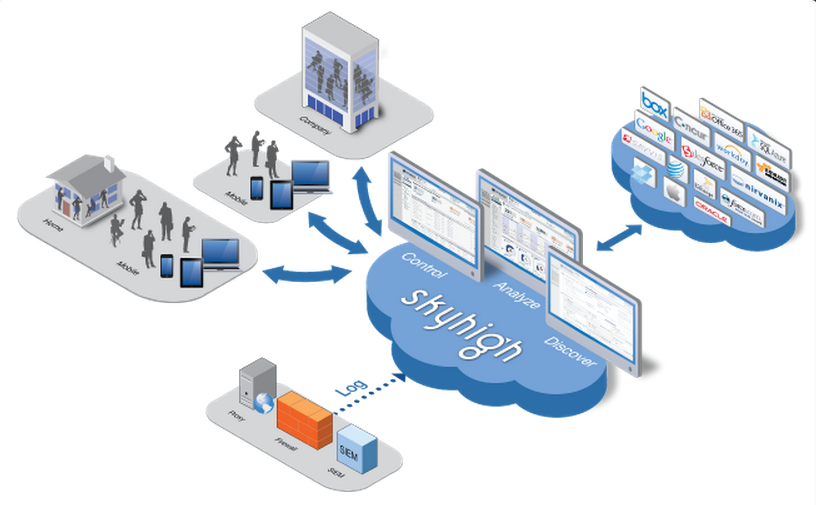 Thomvest Ventures led the Series D round and was joined by return backers Greylock Partners and Sequoia Capital. This is a modest “up round,” in that the company says the pre-money valuation is higher than the $340 million post-money valuation it received after its Series C round, in mid-2014. The Wall Street Journal is referring to it as a “down round” because the Series D shares are priced lower than the Series C shares, but that is the result of Skyhigh increasing the size of its employee option pool since its last financing, not the result of a decrease in the company’s overall value.

(For example, we wouldn’t say a public company had lost value because a stock split ate into the common share price, so long as the overall enterprise value grew).

“We want to make sure we give our employees good options grants,” explains Rajiv Gupta, Skyhigh’s president and CEO. “These are people who have taken a chance by joining us rather than another company, so we’d like them to be rewarded.”

Campbell, Calif.-based Skyhigh focuses on securing the “control point” of the cloud ― enabling policy enforcement and visibility ― for large enterprise and government clients, such as Aetna, Comcast and the State of Missouri. Basically, it promises to do for the cloud that which Symantec (SYMC) has done for mobile devices and Cisco Systems (CSCO) has done for network data.

“The control point for the cloud is essential for enterprises to benefit from the promise of the cloud while also avoiding the perils of disruption from the cloud,” Gupta says. “Cloud disruption is moving faster than every previous disruption because it is driven by ordinary people, people like you and me who are trying to get our jobs done in the fastest and most efficient way possible, who are not willing to put up with the Dilbert-ian restrictions of prior years.”

Gupta adds that this round is intended to bring Skyhigh to profitability, although he declined to give a specific time-frame. “The next time we raise money, it will be in an IPO,” he says.