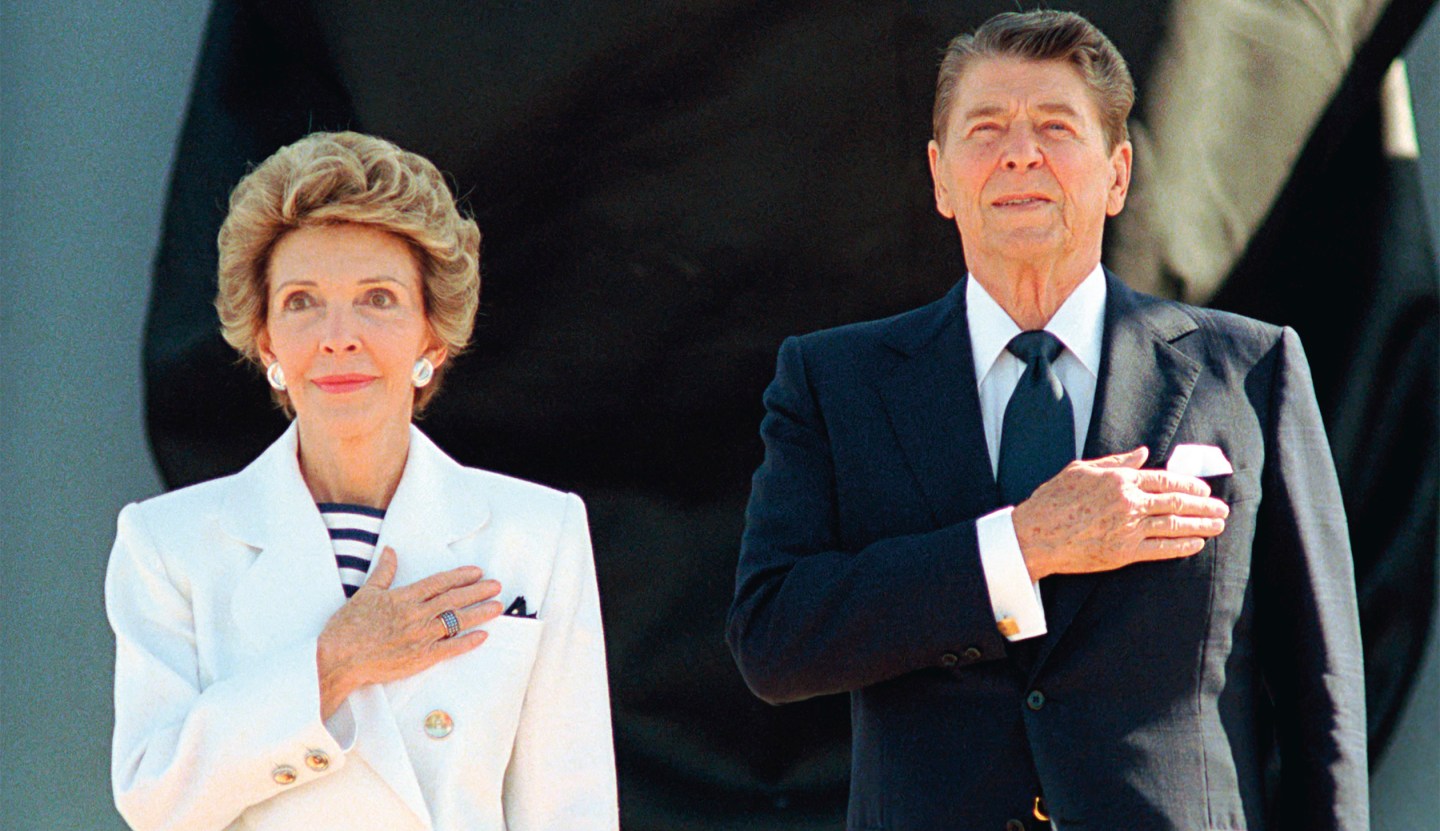 It turns out a slice of American history is en vogue at famed auction house Christie’s.

The London-based art seller on Friday announced an auction of hundreds of items previously owned by President Ronald Reagan and his wife Nancy pulled in $5.74 million—with all the items sold surpassing initial estimates. The auction, one of Christie’s so-called “personality” focused sales, was only supposed to generate sales of $2 million.

“The market’s response to this landmark collection sales has been remarkable, with the overall results far exceeding pre-sale expectations,” said Brook Hazelton, president of Christie’s America, in a statement. Hazelton added that the auction lured buyers from 34 different countries—with particularly strong participation from Europe and Asia.

The two-day sale saw more than 1,200 registered bidders, and the online sale continuing through Sept. 28 has already seen “record participation,” according to Christie’s.

The auction’s top selling item was a Bulgari-made ring bearing an American flag design. The jewelry sold for an impressive $319,500, while Christie’s had only projected it would go for $5,000-$7,000. The piece, worn by First Lady Nancy Reagan on July 4 in 1986, is set with square-cut sapphires, rubies and diamonds, and also has marks of platinum and gold.

Personality auctions are difficult to predict in terms of market price, as the value depends on public interest and not prior sales trends among famous artists selling their work. In those cases, auction houses can make a better prediction because they can judge the artist’s past sales record, as well as current interest in a particular art form.

“Everyone has a chance to buy something in these types of sales,” Andy McVinish, regional director for decorative arts of Christie’s Americas, told Fortune. “Only a small percentage of the market can buy into a contemporary art sale. But with more personality-driven sales, it is incredibly more democratic.”