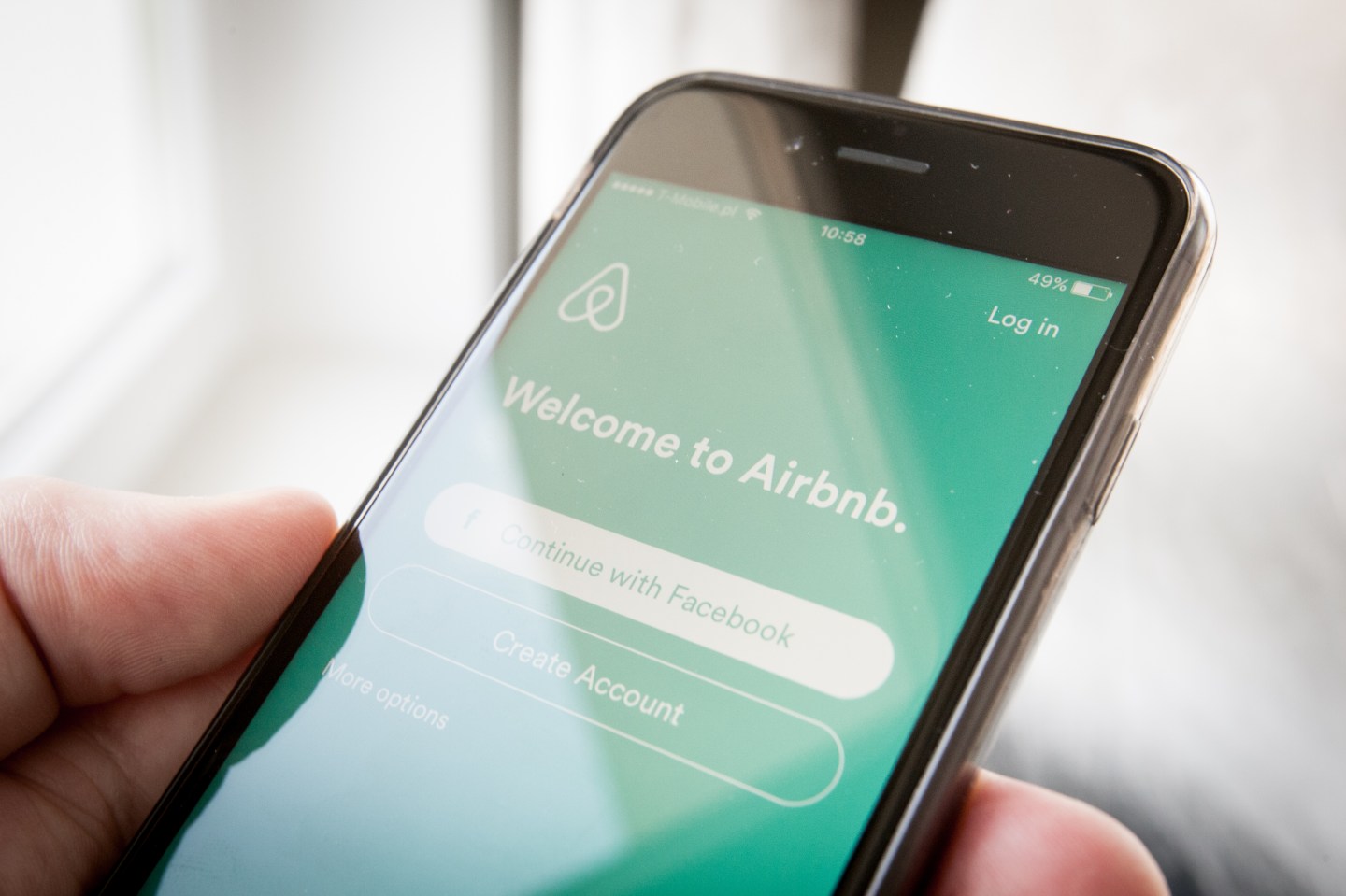 A study conducted by Harvard Business School found that users of Airbnb with African American names had 15 percent less chance of being accepted. Users have reported racial bias claiming that with a non African American name they were able to book the same accommodation with more success. (Photo by Jaap Arriens/NurPhoto) *** Please Use Credit from Credit Field ***
Photograph by Jaap Arriens — NurPhoto — AP

Earlier this month, home-rental company Airbnb published a report that outlined the results of a three-month review aimed at curbing discrimination by landlords against minority users of the service.

While the report and remedies Airbnb detailed in it received mostly praise, Harvard Business School associate professor Ben Edelman countered that it failed to go far enough, especially when it came to protecting users from discrimination based on their photos and names. In a critique published on Monday, Edelman argued that, among other things, Airbnb failed to make a good case for not outright removing photos and real names until after a booking has been confirmed.

Airbnb came under fire in June when several users spoke up about encountering racism and other forms of discrimination when trying to book listings through the service. Some black users reported being turned down by hosts, often under the pretext that the home is no longer available, only to get approved when they tried again using the photo of a white person and a different name. Airbnb immediately vowed to work to prevent such behavior.

“While Airbnb’s report is a step in the right direction, it does little to address the crucial subject of how to actually fix the problem of discrimination,” writes Edelman. “Indeed, the report proposes actions of uncertain or unproven effectiveness.”

Airbnb’s report, authored by an outside consultant, outlined how Airbnb planned to prominently display a new anti-discrimination policy on its site, increase the number of Instant Bookings it offers (listings that can be booked instantly without a back-and-forth discussion that may reveal a renter’s race), a new team trained to handle discrimination complaints, and a new policy of blocking a host’s calendar if they reject a guest under the pretext of the listing being unavailable on the days requested.

But on the subject of user photos and real names, Airbnb essentially reaffirmed its original approach, despite admitting that it should emphasize things like the reviews and ratings they’ve received from other hosts and guests more while making photos and names less prominent.

To Edelman, photos and names shouldn’t appear until after a booking is confirmed because there’s no reason why hosts would need that information. After all, Airbnb prevents hosts and guests from exchanging contact information until they’ve confirmed—therefore assuring Airbnb will get revenue—so why not extend that to identities? He points to the Boston Symphony Orchestra’s switch in 1952 to blind auditions for musicians. The result: A sharp rise in the number of female musicians it hired. In the same vein, federal housing laws, state that landlords can’t ask about race, age, gender because it’s been deemed irrelevant to their qualifications as tenant.

“If Airbnb thinks removing photos would not reduce discrimination, the company offers no statement of its reasoning,” writes Edelman.

But this appears to be where Airbnb and critics like Edelman don’t align. At the heart of the disagreement about the relevance of photos and real names is the nature of a host-guest relationship through home-sharing services like Airbnb. When Fortune contacted Airbnb, a spokesman referenced the explanation given by the report’s author, Laura Murphy, about why it won’t eliminate photos.

“Profile photos are essential to Airbnb’s overall mission of building a community and creating durable, lasting relationships between host and guests that continue long after a reservation has ended. Creating these kinds of relationships is far different from merely facilitating an anonymous transaction,” the report says.

Airbnb’s argument is clear: Hosts and guests are not just in an economic transaction—they’re part of a community, and therefore need to form a personal bond. That also appears to be why the report adds that “Airbnb guests should not be asked or required to hide behind curtains of anonymity when trying to find a place to stay. Technology can bring us together and technology shouldn’t ask us to hide who we are.”

On the other hand, Edelman and fellow critics argue it’s not so unlike renting an apartment from a landlord or booking a room in a hotel, especially in cases where the host isn’t present during the guest’s stay. Edelman even suggests that Airbnb consider different policies based on the type of rental, making photos and names available upfront when guests and hosts will be living together, and removing them when there won’t be any interaction (many hosts even arrange for guests to pick up their keys without ever meeting them at all).

This type of tension, between the company’s original intention for its service, and how it ultimately plays out, is not unique. Ride-hailing company Lyft, for example, began as an offshoot of Zimride, a service that let people find someone to share a long distance car ride with and split the expenses. Though Lyft initially presented its service as “your friend with a car” and continues to describe its drivers and riders as a “community,” it’s had to accept that to many customers, it’s simply an alternative to taxis and Uber, its rival with a much more formal car service image.

As such, many Airbnb guests are now turning to the service as an alternative to hotels and expect the same standards, including an absence of discrimination or subjective pickiness by hosts. And yet, Airbnb is also still a service that asks hosts to open their homes to strangers and trust that it will end up okay.

For now, since Airbnb’s proposed steps to fight discrimination are still in their early days and some won’t be implemented for a while, it’s unclear whether they’ll be effective.