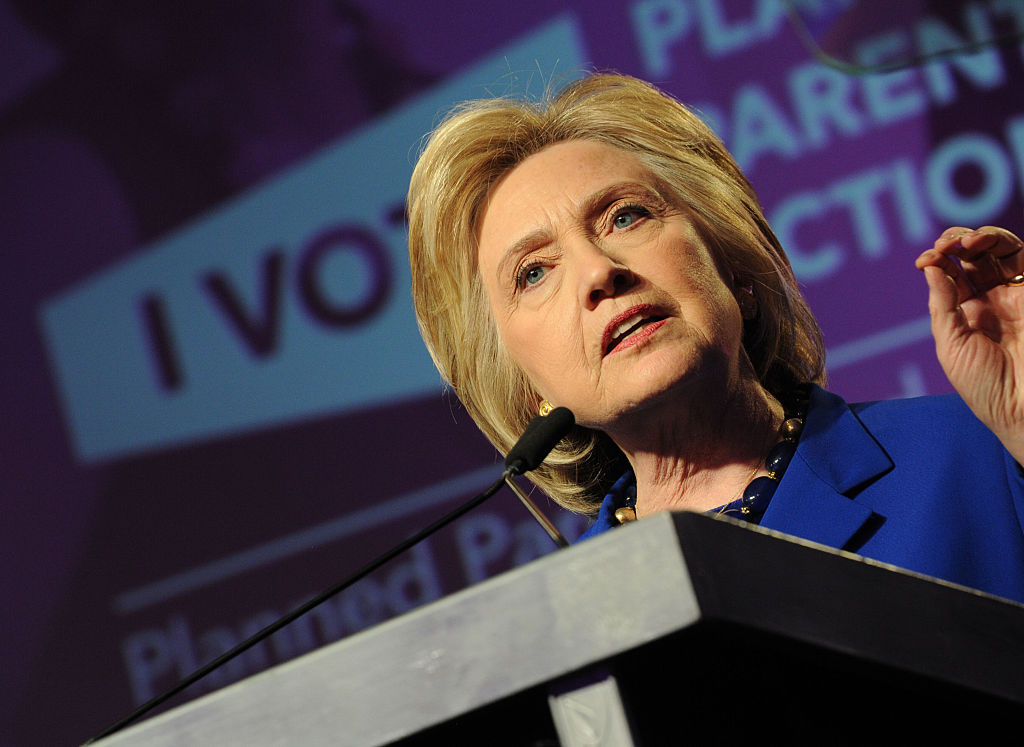 The US presidential race appears to be neck and neck. The latest Reuters/Ipsos poll shows Hillary Clinton and Donald Trump tied at 39% among likely voters, while the latest WSJ/NBC News poll says it’s 43% to 37% in favor of Clinton and Nate Silver has Clinton’s probability of winning at 59%.

But is it possible that these pollsters are wrong?

Aaron Timms, Director of Content at risk analytics startup Predata, thinks so. In Predata’s latest report on the election, Timms writes that it is “suddenly starting to look like the election is Trump’s to lose.”

The two-year-old New York company was founded by Jim Shinn, a veteran of the CIA and an assistant secretary for East Asia at the U.S. Department of Defense, and Andre Choi, his former student at Princeton. The mission was to harness the web’s metadata to put a number on the likelihood of a real world event occurring.

On Friday, Predata gave Trump a digital campaign score of 89.3% compared to Hillary Clinton’s 15.8%. In fact, except for a brief period in August, during which Donald Trump feuded with Gold Star father Khizr Khan, Trump’s campaign has been dominant, with a campaign score as high as 94.66% in mid-July.

Predata’s campaign score algorithm puts a greater emphasis on trends as opposed to volume. For example, if a campaign video lies dormant on YouTube, then suddenly experiences an uptick in views, those views will boost the campaign score more than views of a more recently posted video. It’s expected that a video will have many views in the days immediately after it is posted, explained John Urbanik, Predata’s Lead Data Engineer. Instead, unexpected accelerations are what Timms and Urbanik are looking for.

In the case of Trump, these unexpected accelerations show that his campaign has continued to benefit from his performance at the Commander in Chief forum as well as his from his now frequent policy speeches, according to Timms. “Trump is out there giving a policy speech a day now,” Timms said. “That’s a lot of fresh material being thrown out into the digital universe. That’s more stuff for people to engage with and it appears they are. That’s an advantage.”

This isn’t the first time Predata has used its campaign score algorithm to conclude something radically different from that of mainstream pollsters.

Before the Brexit vote in late June, when most pundits predicted the Remain camp had an edge, Timms saw something else in his numbers. “There was a very clear message that was coming out of our signals and that wasn’t reflected in the polls,” he said.

According to Predata’s algorithm, the Leave campaign was overwhelming the online conversation about Brexit and had been since early May.

Timms said the opinions of the analysts and commentators made sense to him, so in his daily Brexit reports that supplemented the campaign scores Predata was sending to the Bloomberg terminal, Timms summarized the latest polls. And when Predata’s scores shifted slightly to In 59.74% vs. Out 67.54% from In 58% vs. Out 67.24%, he wrote “Leave continues to dominate the digital campaign, but its lead is narrowing,” even though Leave’s campaign score was actually rising.

As it happens, the opinions of those analysts and commentators that Timms trusted were wrong. Predata’s algorithm, which measured how much of the Brexit conversation online correlated with the messages of the Leave and Remain camps, was right all along. Leave was indeed dominant throughout the run-up to the Brexit vote.

With three debates still looming, however, the US presidential race is far from decided, Timms cautions. The first debate on Monday will fuel the digital conversations Predata is monitoring. “If one of the candidates slips up in a major way—a gaffe, a gross factual inaccuracy, a loss of cool—that could become ammunition for the other side which, if deployed properly, may end up having a significant impact on the digital campaign in the race’s final weeks,” he said.

Alfred Miller is a journalist based in New York City. A recovering engineer, he writes about technology, startups and sometimes baseball.