If You Could Do As Many Push-ups As Ruth Bader Ginsburg, You Wouldn’t Retire Either 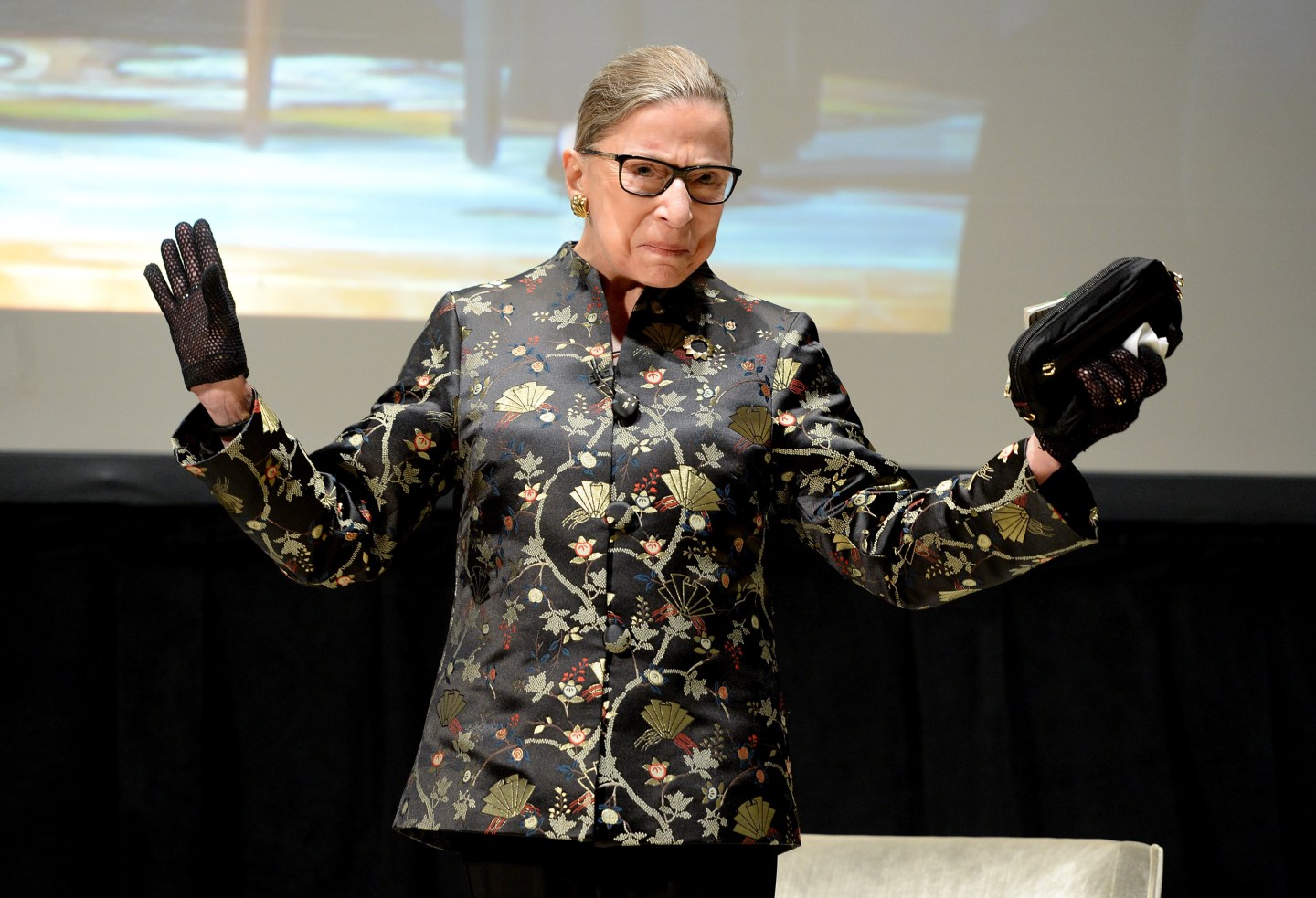 We get that R.B.G, is a legal genius—but did you know she’s also a gym rat?

Speaking at the Temple Emanu-El Skirball Center in New York City on Wednesday evening, Supreme Court Justice Ruth Bader Ginsburg revealed that she does 20 push-ups every day, as well as 30-second planks.

With that kind of workout regiment, it should come as no surprise that the justice has no plans to retire. “At my age, you have to take it year by year. This year, I’m okay,” she said. Considering her routine is far more intensive than that of many people half—or even a quarter—of her age, that seems like an understatement.

The legendary Ginsburg, who is well-known for her advocacy of women’s rights and for being a trailblazer in the legal profession, shared a few other anecdotes and pearls of wisdom during an interview with ABC’s Dan Abrams.

On the state of U.S. politics:

“I think the court is drawn into this anti-government mood,” Ginsburg said in response to a question about the Supreme Court’s approval ratings, which have been declining and are currently at 44%. The justice pointed out that public opinion of the court is nowhere near as bad as that of Congress (78% Americans disapprove of that branch, according to Gallup)—an opinion she seems to share. “I hope to see the day when Congress is functioning again the way it should,” she said.

On Merrick Garland’s pending confirmation to the Supreme Court:

“I think it’s likely” that Congress will confirm President Obama’s nominee, she said. “If it doesn’t happen sooner, there’s a possibility certainly that it will happen when we have a new president. I am hopeful we will end the term with a full house.”

On her dissenting opinions with Justice Antonin Scalia:

“You can disagree without being disagreeable,” the justice said of her disagreements with recently deceased Justice Scalia, who she called her “best buddy on the court for many years” and “a very funny fellow.” The two talked mostly about their shared passion for opera, Ginsburg said, noting that there is now an opera titled Scalia/Ginsburg.

On unconscious bias against women and minorities:

“I wish I could drop a curtain over every field of human endeavor,” Ginsburg said, referring to an experiment in the world of classical music, where, once a curtain was put between auditioning musicians and the selection committee, women began to appear orchestras in far greater numbers.

On her friendship with Justice Sandra Day O’Connor:

“She told me just enough so I could navigate the court,” Ginsburg said of O’Connor, who was the lone woman for 12 years before Ginsburg’s confirmation, and whose mentorship style was one of tough love. During one of Ginsburg’s bouts with cancer, O’Connor told her: “Do chemo on Friday. You’ll get over it and you can be back in court on Monday.”

On being confirmed to the Supreme Court:

Being confirmed by Congress (the vote was 96-3) after President Bill Clinton nominated her in 1993, “felt a little bit like being a bride.”