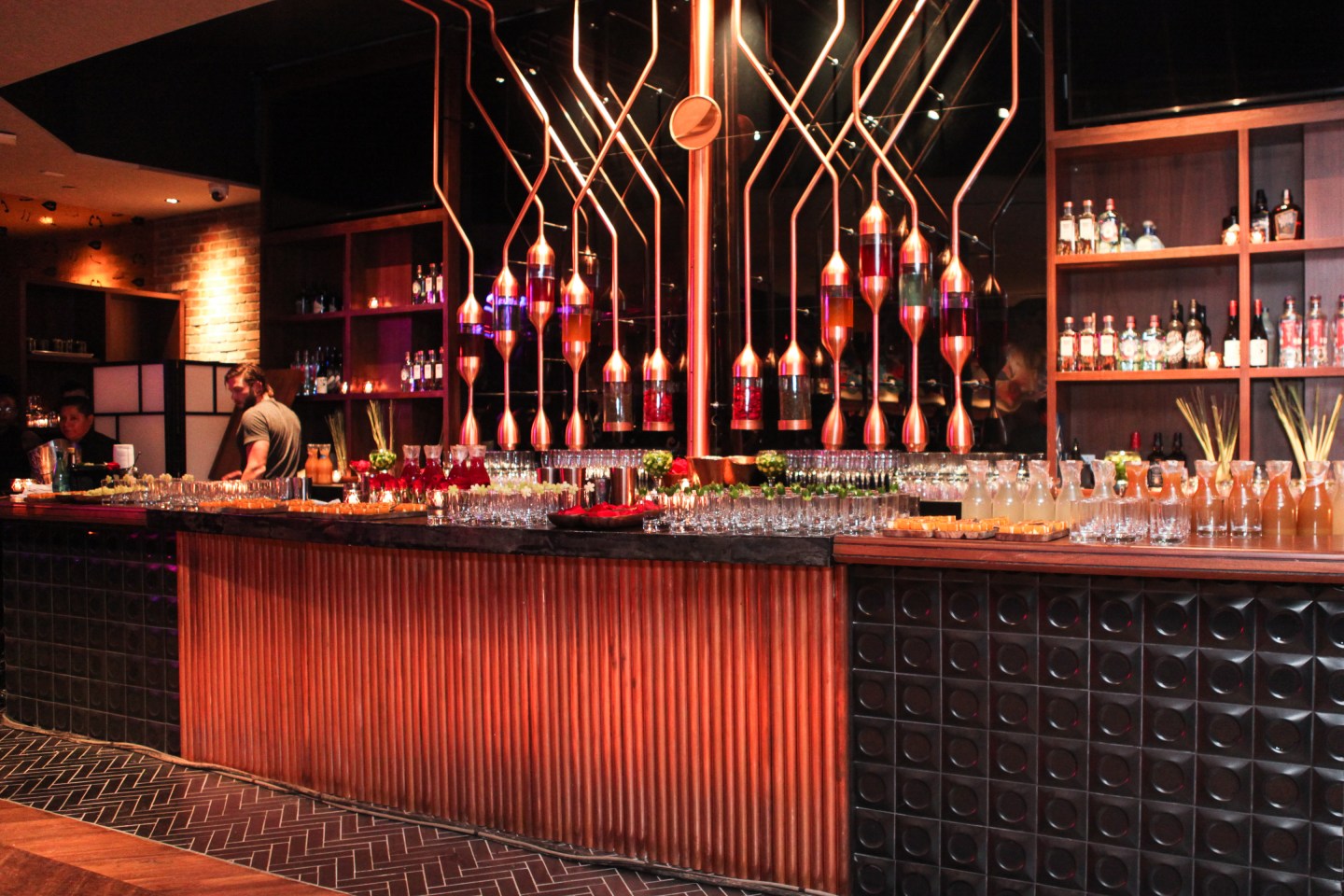 The food-and-beverage conglomerate—known as a purveyor of 22 billion-dollar brands in the snack and soda aisles—on Thursday officially kicked off the opening of the Kola House restaurant, which serves new American ‘farm-to-table’ cuisine under the direction of Executive Chef Jon Feshan. The premise of this restaurant is a menu that has a core focus on the kola nut, an ingredient that can be described as sitting between chocolate and coffee in flavor profile. It will show up in various protein-focused dishes, including chicken and pork entrees conceptualized by Feshan.

Feshan told Fortune that initially when he was approached for the Kola House project, he was unsure why PepsiCo would want to dip its toes into the restaurant business when it already had so much success as a Big Food maker. “Pepsi is opening a restaurant?” he asked rhetorically. “They are a big company – why a restaurant?”

But Feshan—who trained under legendary French chef Jean-Georges Vongerichten—was persuaded to join the project when he realized PepsiCo wasn’t approaching the new business venture as a way to sell more Doritos or Diet Pepsi.

“They aren’t approaching this as Pepsi, they are approaching it as a restaurant,” he said. “It’s not a branding opportunity. They want to have a nice restaurant.” PepsiCo gave Feshan a lot of freedom to conceptualize the menu, only requesting he incorporate the kola nut in some of the cuisine.

Consumers may also find it odd that PepsiCo would open a trendy restaurant just across the street from the popular Chelsea Market. But some diners might not ever be aware of the PepsiCo connection. Fortune got a sneak peak at Kola House’s opening kickoff party this week, where we tasted some kola nut-flavored chicken and beef. The space is anchored by a copper-pipe “Kola bar”—with a functioning wall filled with ingredients that can be found in a variety of cocktails. But there wasn’t a single Pepsi sign in the entire restaurant or even behind the bar.

That again hits home the differentiation that PepsiCo is striving for with this project. Other Big Food makers launch pop-up concept stores and restaurants from time-to-time, but often its used as a way to position legacy brands in a cool or unique way. Rival Kellogg (K), for example, this summer launched an all-day cereal cafe in Times Square.

Kola House is a different approach. When I reported on this restaurant when it was first announced in January, I said PepsiCo should avoid trying to aim to be too trendy and instead, pitch the restaurant to tourists. Win over the masses.

PepsiCo’s Kola House isn’t exactly going in that direction. But it also isn’t too extravagant—entrees range between $22-$38. And just as importantly, because the restaurant isn’t sold as a way to make Pepsi sodas “upscale,” it can exist and thrive on the basis of the quality of the food and service. So while this restaurant isn’t a marketing gimmick, if consumers find out the restaurant is owned by PepsiCo, it can be a compelling way to talk about the company in a new way.

Let’s raise a kola nut-infused glass to PepsiCo on this one. The Big Food maker didn’t stand in the way of the company’s small restaurant dream.