Here’s Where America Ranks among the World’s Healthiest Countries 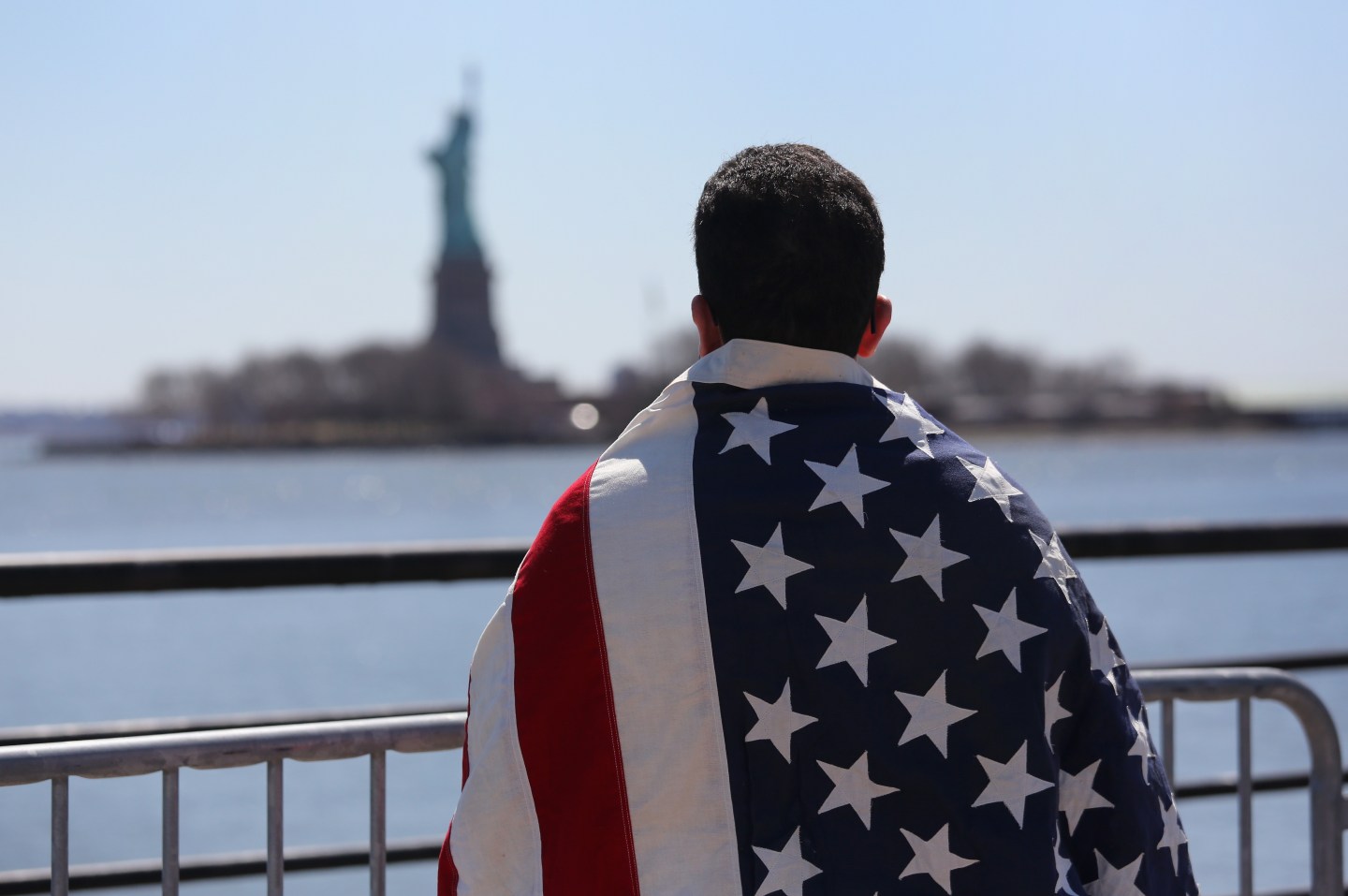 Ecuadorian immigrant Diego Cazar, now living in the U.S. for 12 years, looks towards the Statue of Liberty while participating in a "Time is Now" rally for immigration reform on April 6, 2013 in Jersey City, New Jersey. Labor unions and immigration reform advocacy organizations held the event at Liberty State Park to urge Congress to find a path to American citizenship for the estimated 11 million undocumented immigrants living in the United States. Photograph by John Moore—Getty Images
Photograph by John Moore—Getty Images

Donald Trump and The Newsroom’s Will McAvoy may have accurately predicted America’s fall from grace, assuming they had global health in mind.

The United Nation’s Sustainable Development Goals (SDG) division released the results of its comprehensive 2015 Global Burden of Disease study, wherein authors analyze data from public surveys, pharmaceutical manufacturer reports, and medical records to see the kind of progress nations are making toward the UN’s health goals, according to Bloomberg. Iceland and Sweden took the top spots, while the U.S. came in 28th out of 188 total nations.

The U.S. received its lowest marks in the categories for deaths related to natural disasters, HIV, suicide, and overall violence, according to the study. It’s highest marks were for water quality, sanitation, child health development, as well as deaths related to malaria, non-tropical diseases (NTDs), and war.

Bloomberg also noted that the U.S. ranked 64th in the maternal death rate category for every 100,000 births, 40th in the childhood death rate for children under the age of five.

“Independent measurement is a crucial component of accountability, but it is not the only component,” the study authors concluded. “These results should ideally be used as the basis for review and action at the country level.”

Overall, the U.S. needs to improve its rate of childhood obesity, homicide, and unsafe drinking patterns. Though the study showed the problem of overweight children has grown worse all over the world, according to Bloomberg.

“The U.S. isn’t doing as well as it perhaps should compared with some countries in Western Europe,” University of Washington global heath professor and lead author Christopher Murray told Bloomberg.

The Bill and Melinda Gates Foundation funded the study.