Here’s How Global Warming Could Trigger the Next Financial Crisis 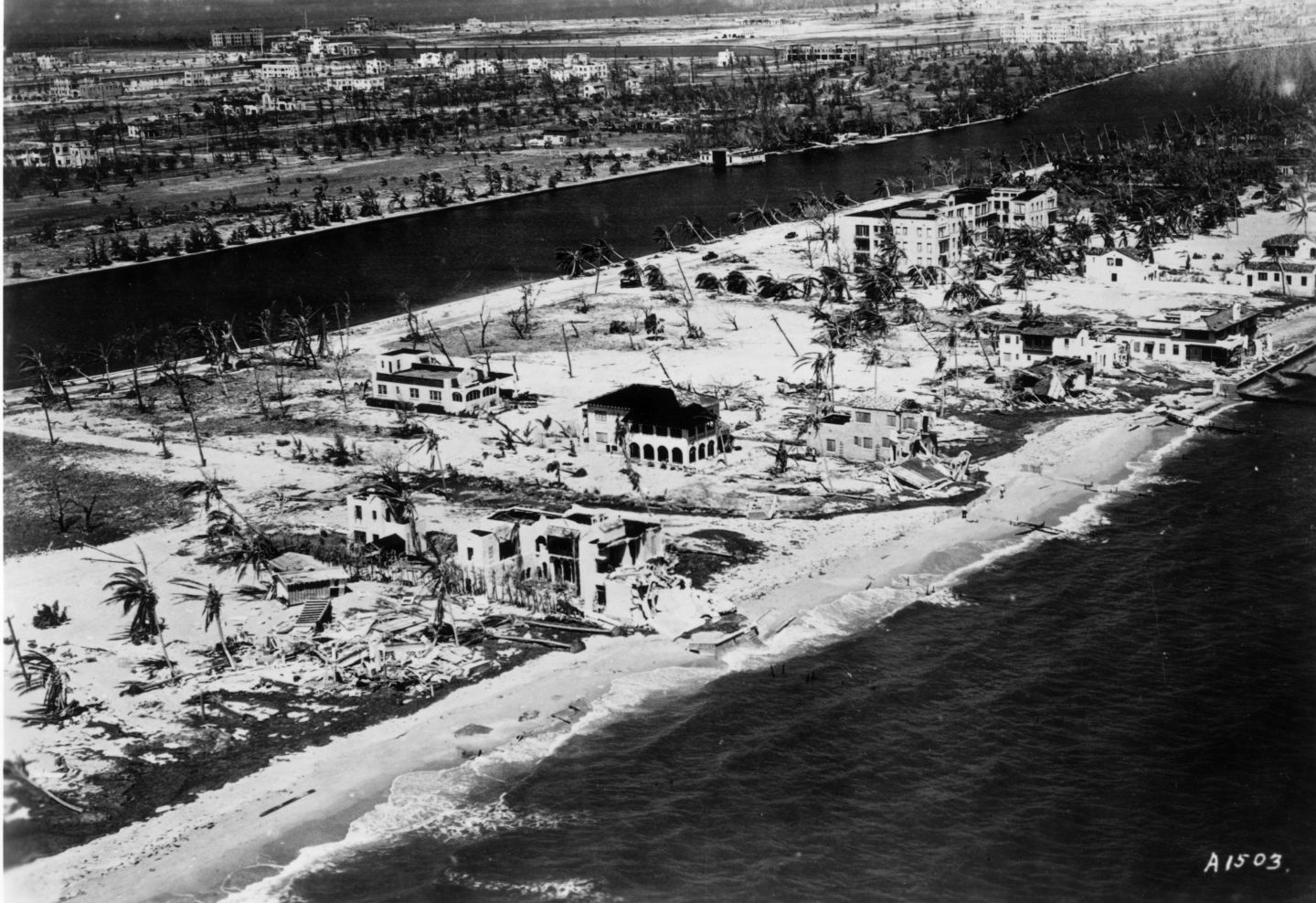 21st October 1926: The coastline in Miami, Florida, following the great hurricane, which brought an end to the Florida land boom. (Photo by R. B. Holt/MPI/Getty Images)
R. B. Holt—Getty Images

Move over mortgages. There’s now something much, much bigger to worry about, and harder to curtail, and far more likely to cause the next financial crisis: global warming.

That’s the conclusion of a new report published recently by the Bank of Canada.

The report is mainly focused on the reinsurance industry, a shadowy corner of the insurance business, and the fact that what the last financial crisis showed us was that when insurance companies aren’t properly regulated or the risks they take on are poorly understood, the results can be disastrous. On top of that, the report’s authors argue that in an era when climate change is causing natural disasters to be more severe, the risks that reinsurance are taking on could be larger than they appear.

The authors argument focuses on the role of retrocession, which are the risk-sharing arrangements among reinsurers. They are often not fully detailed in insurers accounting statements. “An important feature of the retrocession market is its opacity to both to market participants and regulators,” the report reads, adding that the big problem is that reinsurers often don’t know how much risk or what kinds of risks other insurers or reinsurers are taking on. “It is possible for contagion . . . to occur, in which the losses of one party cascade to others in the network.”

Still, a lot would have to go wrong for a failure in the reinsurance industry to spread to the broader economy. The authors, after running a series of stress tests that evaluate the effect of various scenarios on the industry, argue that the stability of the financial industry appears to fairly robust and that “it would take a catastrophic event larger than any experienced in recent history to result in material failures within the industry.”

Unfortunately for the industry, scientists are predicting that natural disasters, and particularly hurricanes, are going to grow in intensity as the effects of climate change grow. For instance, forecasters are predicting Miami—the twelfth largest metropolitan economy in the United States—will have anywhere from 4 to 8 hurricanes this year. The incidence will only grow over time, as will the chances of unprecedented property damage.

Of course, this is the worst-case scenario, and therefore not the most likely to happen. But remember that the subprime mortgage crisis—and subsequent overall decline in housing values— was an unfathomable event to the vast majority of professionals in the business, which is why it was able unleash such damage.