Exclusive: Airbnb, P&G, and Unilever Are Partnering With the Clinton Foundation to Invest Over $70m in Women 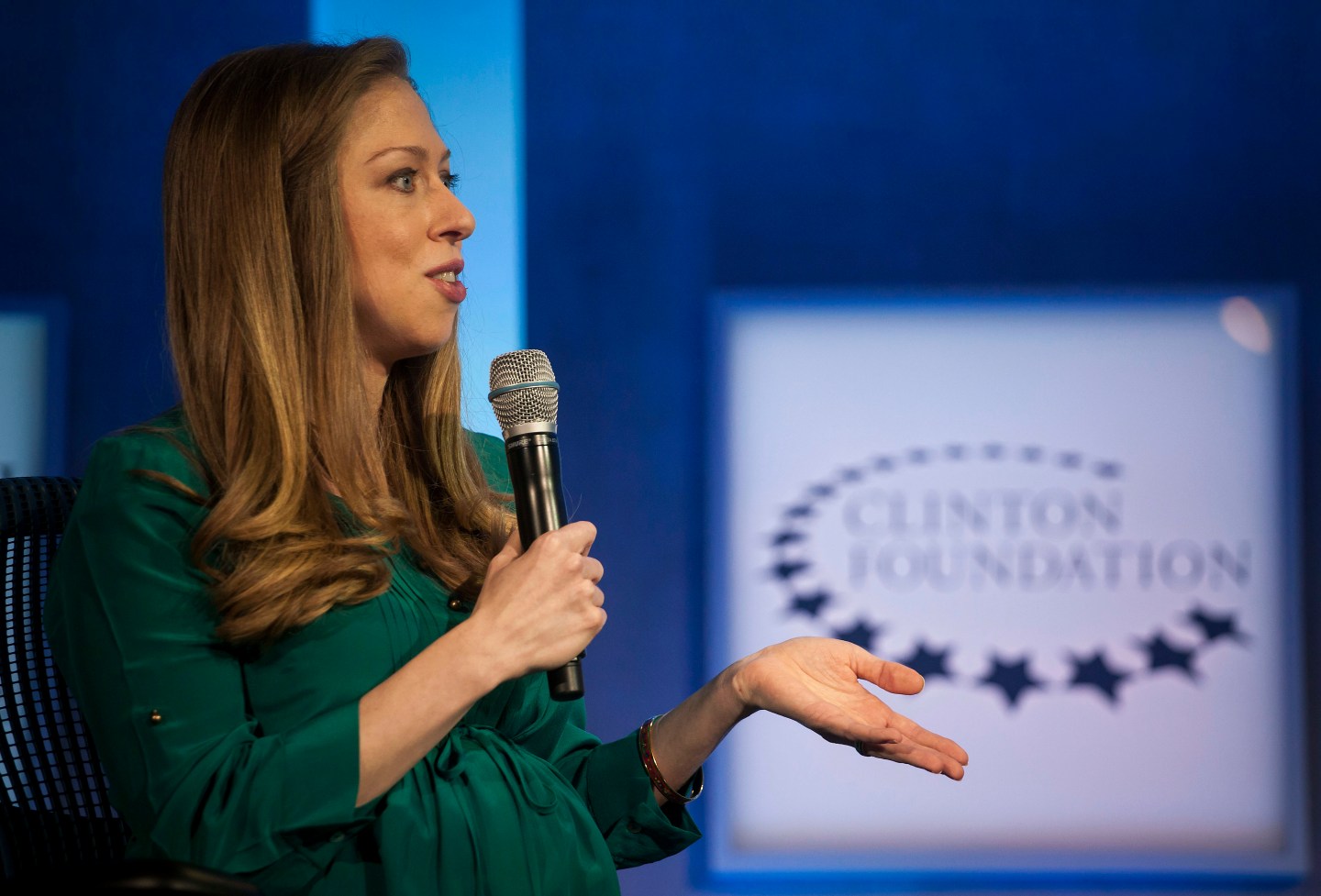 The Clinton Foundation’s No Ceilings initiative is launching a multi-pronged effort to invest in women, address violence against women and girls, and promote female leadership with a coalition of major companies, including Airbnb, Unilever, Sodexo, Dermalogica, and Avon.

The approach, announced Tuesday by Chelsea Clinton at the Clinton Global Initiative (CGI) annual meeting in New York, enlists more than 20 partners from the corporate and nonprofit worlds to address the gaps in women’s economic progress, which were laid out in the No Ceilings Full Participation Report last year, and to work toward the gender equality targets of the United Nations’ Sustainable Development Goals. The new commitment called “Girls, Women and the Global Goals” is expected to invest more than $70 million.

Fortune‘s exclusive look at the effort shows that CGI anticipates it to impact the lives of more than 900,000 people in 60 countries around the world over the next five years.

Driving the program are the findings of the No Ceilings report, which showed that over the last 20 years, women have become healthier and more educated, but have not made much progress economically. The report, done with the Gates Foundation and other groups, aggregated data from existing research to measure the progress of women since 1995—the year the UN convened its landmark conference on the status of women in Beijing and Hillary Clinton famously equated women’s rights with human rights.

Here’s a look at some of the highlights of the new commitment:

Airbnb is contributing to the effort by working with the NGO Vital Voices Global Partnership and the nonprofit Global Fund for Women to provide travel and free Airbnb accommodations to 160 women who are small business owners and activists. The travel industry is growing in developing nations, but it remains unaffordable to many, so Airbnb hopes to support the professional development of these women by covering their travel expenses when they attend conferences and networking events.

The home-sharing site’s participation in the initiative is driven by what it’s learned about its female hosts, who make up 55% of its host community. Airbnb execs have found that women hosts tend to re-invest the money they earn from hosting guests to start small businesses, schools, and training programs for other entrepreneurs. In fact, in certain countries, such as Cuba, South Africa, Indonesia, and Thailand, female Airbnb hosts who identify themselves as either self-employed or entrepreneurs outnumber those in other professions, according to the company. Joe Gebbia, Airbnb’s co-founder and chief product officer, said in an emailed statement: “We’re committed to do our part in supporting female entrepreneurs and the economic equality of women.”

Resource for sourcing female board candidates

Another prong in No Ceilings’ new program is an effort by the nonprofit Catalyst to create what’s being billed as an annual list of CEO-endorsed female candidates who are ready to serve as directors on U.S. corporate boards. According to Catalyst’s figures, women held just 19.9% of board seats at S&P 500 companies in 2015, up slightly from 19.2% in 2014.

The list of potential directors, chosen by a committee expected to be made up of sitting directors and search-firm consultants, will eventually be available online to assist boards looking for female directors. “We’re trying to dispel the myth that the underrepresentation of women on corporate boards is a supply problem,” says Deborah Gillis, the CEO of Catalyst, which has a mission of accelerating the progress of women in the workplace. Gillis expects the list to launch in the second half of 2017.

The program also includes a plan, spearheaded by the global nonprofit WeConnect International, to invest at least $15 billion in women-owned businesses over the next five years. WeConnect, which connects female company owners with multinationals, is partnering with a number of major companies—EY, IBM, Ingersoll Rand, Procter & Gamble, Pfizer, Walmart—to expand the number of purchases the corporations make from women-owned businesses around the world.

While $15 billion over five years sounds like a lofty goal, WeConnect CEO and co-founder Elizabeth Vazquez says that a similar commitment made with CGI three years ago surpassed its initial targets. That initiative wanted to invest $1.5 billion and mentor and train 15,000 businesswomen outside the U.S. Ultimately, it resulted in an investment of $3 billion and the training of 40,000 women.

Vazquez says that since it can be tough for female business owners to connect with big companies, her organization tries to get women to “think big.” It seems to work. After an initial introduction, the multinationals tend to keep buying their products and services from the female-owned businesses, she said. “Once these companies have the infrastructure, they hold onto [it],” Vazquez said.