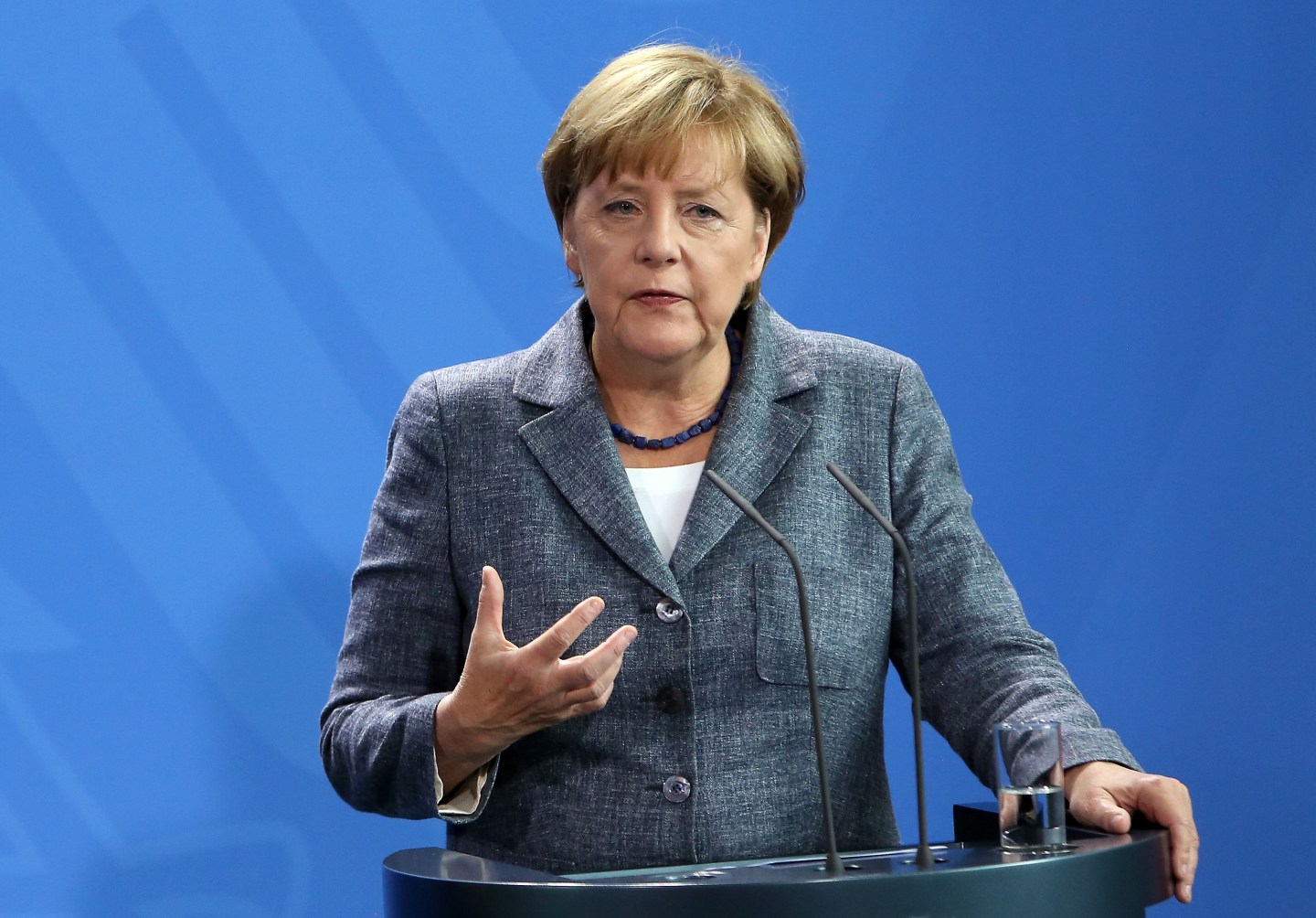 Politicians are not renowned for leaving public life gracefully. Most politicians go out like Mozart’s Don Giovanni—dragged, unrepentant, into to oblivion by the implacable fiends of hell.

So when a figure like Angela Merkel apologizes—or rather, gives the appearance of apologizing, for a major policy error—it’s probably not far wide of the mark to think she intends to stay onstage for a while yet.

On Monday, Merkel made a remarkable speech in which she expressed at length her regrets over how her handling of the refugee/migrant crisis of 2015 had panned out. She wished she could turn back time. She accepted responsibility. She acknowledged mistakes. She regretted that her catchphrase “Wir schaffen das!”—“We’ll manage”—had become an “almost empty” and provocative formulation.

The speech was triggered by the second bitter election defeat on Sunday for her center-right Christian Democratic Union in a matter of weeks. The CDU was forced out of government in Berlin, where it had been the junior partner in a coalition with the center-left Social Democratic Party (SPD). Mostly, it hemorrhaged voters to the populist right-wing party Alternative für Deutschland, which surged to prominence in protest of Merkel’s policy of welcoming refugees. Two weeks earlier, the CDU had suffered an even greater humiliation, coming third behind AfD in the small and down-at-heel state of Mecklenburg-Western Pommerania.

The trend was so alarming that Merkel’s party, which has been unstintingly loyal to her for a decade, was already starting to look with foreboding to next year’s federal elections. In the nationwide vote, the CDU campaigns together with the Christian Social Union, a sister party that is based in, and historically restricted to, the affluent and conservative state of Bavaria. The CSU is generally to the right of the CDU, particularly on internal security and cultural identity. The CSU’s more full-blooded brand of conservatism, mistrusted by a majority of Germans, had nonetheless ensured that no populist right-wing party had established itself in Germany since the end of the Nazis—until the rise of AfD.

When the CDU is weakened, the CSU tends to assert itself on the national stage, for instance by making its own leader the alliance’s Kanzlerkandidat—the candidate for the Chancellorship—at the federal elections. It was badly embarrassed the last time it tried that—Edmund Stoiber led the Union to a limp defeat against the SPD’s Gerhard Schröder—and Merkel’s popularity for most of the last decade has stopped it from trying again. But the risk of it leading a revolt in the Union against the centrist Merkel rises every time the AfD gains.

As such, the pressure on Merkel from Bavaria ramped up again immediately after Sunday’s fiasco. Bavaria’s CSU finance minister Markus Söder said the poll result “is the second massive wake-up call in two weeks: the Union is facing a permanent and massive loss of trust in its core voter base.” The Chancellor was forced her to appease her colleagues in Lederhosen.

Hence a speech that sounded conciliatory, but which ultimately gave nothing away in terms of policy. Merkel’s words were widely interpreted as an apology, but you will scour the transcript in vain for the word “Entschuldigung” (sorry)—or, for that matter, “Kurswechsel” (change of direction) or anything synonymous. She rejected both a fixed cap on migrant numbers and a fundamental review of German law on the right to asylum, two of the CSU’s core demands. “That is not a path that the CDU and I can go down,” she said.

“If one reason for the bad performance of the CDU is that many aims and basic convictions of our refugee policy weren’t well enough explained, then I would like to try harder—not for the first time, but perhaps more emphatically,” Merkel added.

No wonder that CSU head Horst Seehofer retorted that “It won’t be enough to tell people: ‘we did everything right, we just need to explain it better.'”

In the final analysis, the Chancellor did, indeed, sound like a slightly less in-your-face Don Giovanni. She certainly sounded like someone who wants a shot at putting things right with another term, rather than someone preparing to quit the stage. Merkel still doesn’t feel that her decision to let in 1 million migrants in a year was, at heart, wrong. She wants a chance at self-vindication. But unless she can rally a party in disarray, she may not get it.