A Tiny Percentage of U.S. Adults Own Half the Country’s Guns 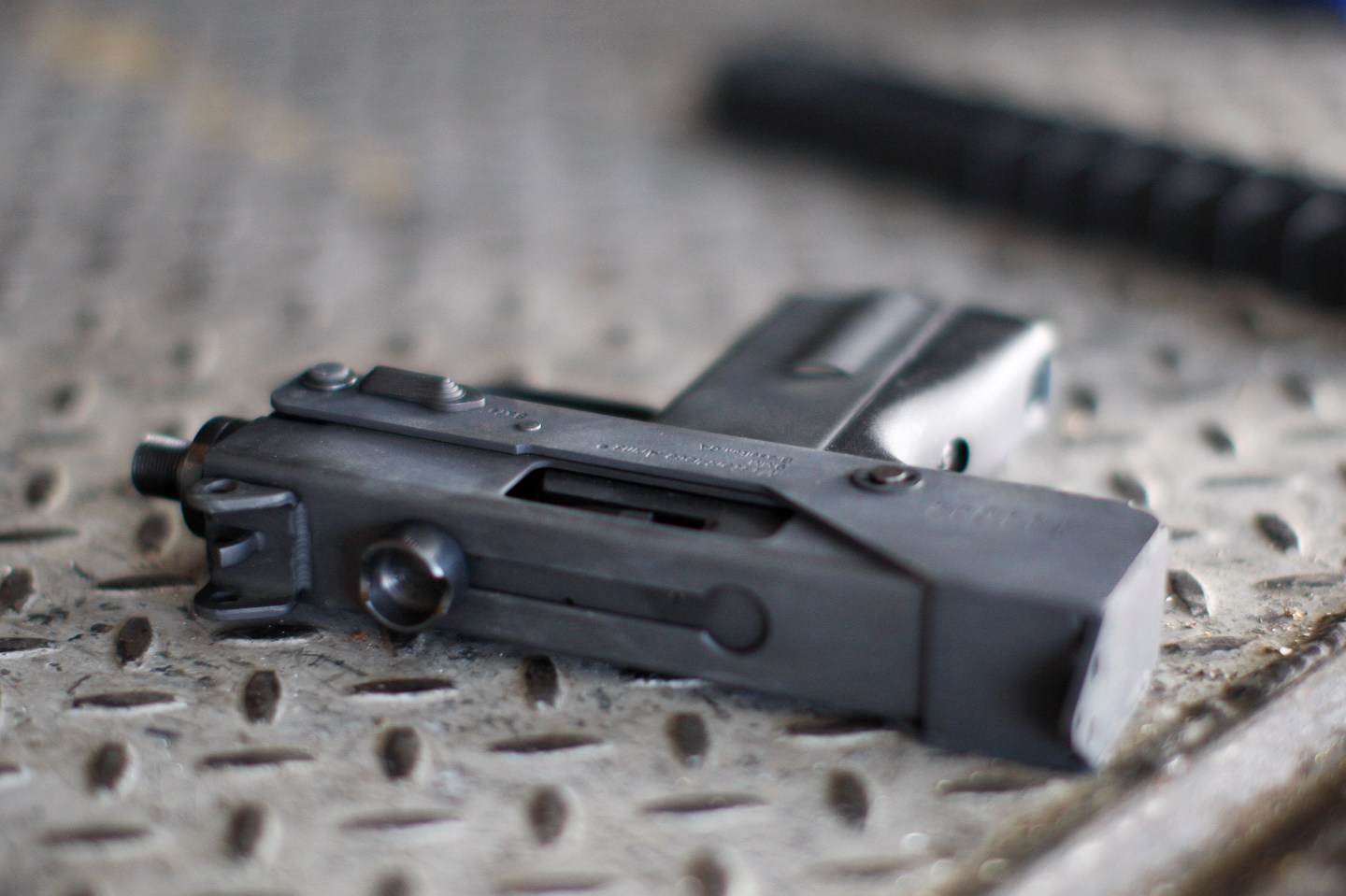 LOS ANGELES, CA - MAY 31: A surrendered TEC-9 style gun is seen at a gun buyback event that was announced by Los Angeles Mayor Eric Garcetti in the wake of a killing spree at University of California, Santa Barbara that left six students dead, on May 31, 2014 in Los Angeles, California. People can exchange their firearms with no questions asked at four Los Angles-area locations for Ralphs supermarket gift cards ranging from $100 to $200 per weapon. The buyback program first took place in Los Angles in 2009 as part of the Gang Reduction and Youth Development program to reduce the number of guns on the streets. The last buyback resulted in more than 1,500 firearms being turned in. (Photo by David McNew/Getty Images)
Photo by David McNew—Getty Images

Gun “super-owners” are on the rise in America.

For only 242 million adults living in the U.S., there are about 265 million guns, according to a recent Harvard and Northeastern University study obtained by the Guardian. That comes out to be more than one gun for every adult.

Half of those guns belong to just 3% of the adult population. These super-owners have anywhere between eight and 140 guns each, with the group average being 17, according to the study.

Overall, there are an estimated 55 million gun owners in the U.S.: Most have an average of three guns; half own one or two guns; and the number of guns owned by Americans has gone up by 70 million over that same time period.

Meanwhile the number of Americans who own guns has decreased from 25% to 22% since 1994. And the study also found that there has been a dramatic increase in gun theft, nearly doubling from 230,000 per year to 400,000 per year.

Though some people may be nervous how this study will be used politically, lead author Dr. Deborah Azrael is strictly looking at this from a public health perspective. Rather than focusing on the super-owners, she’s more concerned with the gun owners who have just one or two firearms.

There are 30,000 gun deaths each year in the U.S., according to the study, two-thirds of which are suicides. Azrael told the Guardian, “To change their behavior with respect to guns, and the ways in which they store them, or their decision-making—we could have a really big impact on suicide.”