How FX Broke HBO’s Grip on the Emmy Awards 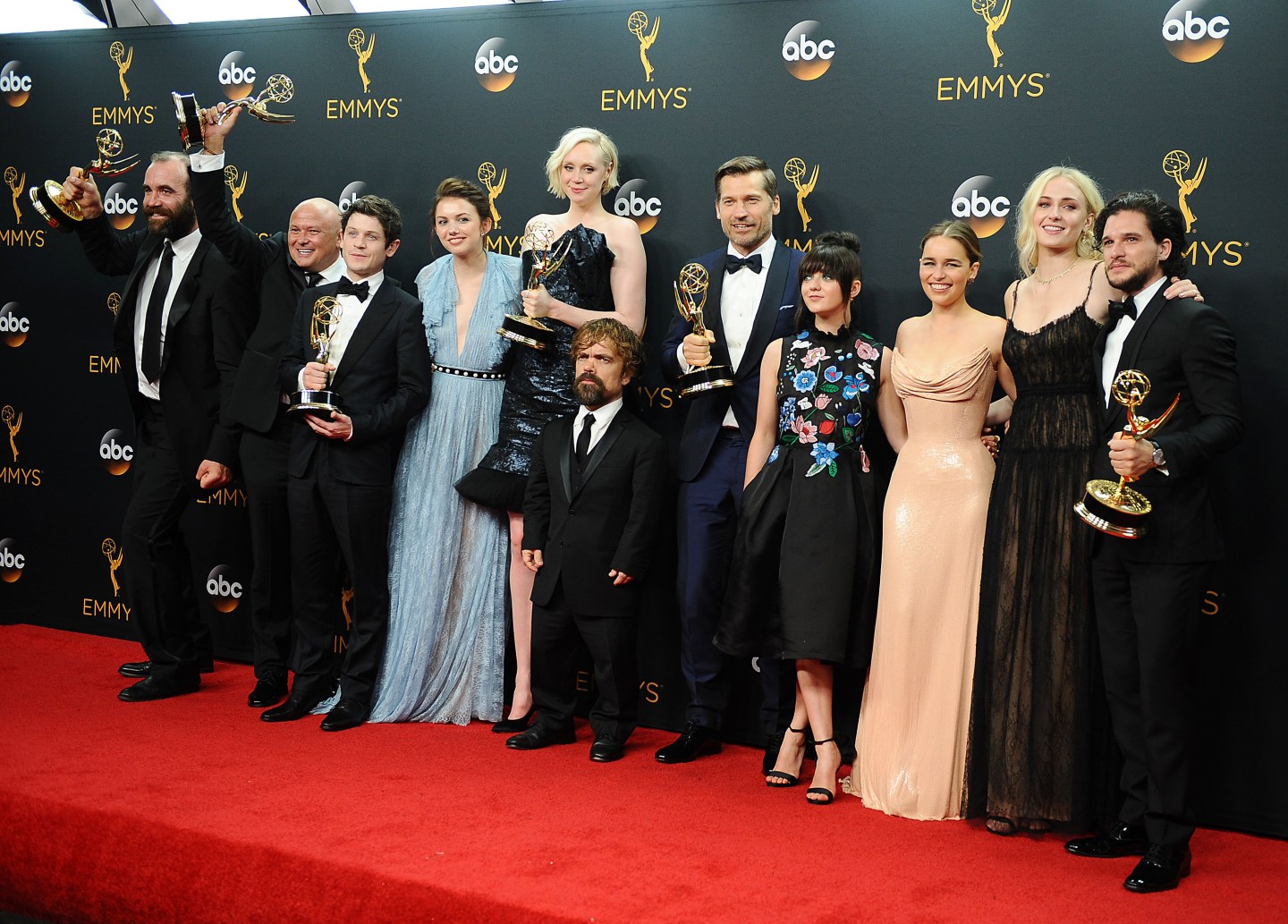 HBO walked away with the most Emmy statuettes at the 68th Annual Emmy Awards, but the night still wasn’t quite as sweet for HBO as past years.

With 22 total Emmy wins, HBO was the biggest winner of the night. In 2015, HBO won a whopping 43 Emmys. And this year, basic-cable network FX creeped in just behind HBO, with 18 wins.

Game of Thrones, the Time Warner-owned pay-TV network’s massively popular hour-long drama, won 12 Emmys for the second year in a row. That total tied the show’s own record for the most wins in one night at the Emmys, which was set last year. HBO’s other big winner, Veep, won three awards, while HBO’s Last Week Tonight with John Oliver also won an Emmy as the top variety talk series.

Despite HBO’s hot streak at the Emmys, some have questioned whether the prestige network has enough in its content pipeline to keep posting huge win totals beyond the next couple of years. Game of Thrones only has two seasons left in the works, though HBO has faced similar issues with popular and acclaimed series ending in the past and still managed to restock its portfolio of shows for continued success.

Here are the other networks and issues that dominated the 2016 Emmy Awards:

Streaming TV — After posting its biggest nominations total ever, Netflix looked poised for a big night after seeing its Emmy win total dip in 2015. The popular streaming service didn’t exactly dominate, but nine total Emmys is still a personal best for Netflix (though, the company would surely be happier if the $5 billion it’s spending each year on original programming resulted in a few more wins in the major acting or series categories). Meanwhile, a year after Amazon topped Netflix’s Emmy win total, the e-commerce giant’s own streaming service increased its award show haul to five Emmys, led by more wins for comedy series Transparent.

Diversity — Hollywood’s lack of diversity became a central issue when the Academy Awards failed to nominate any non-white actors for the second year in a row. The Emmys on Sunday night painted a far more diverse picture on the television side of the entertainment industry. A record 21 people of color were nominated for awards last night, FX’s Brown and Vance, as well as the Egyptian-American Mr. Robot actor Rami Malek, among those winning their first Emmy. Indian-American comedian Aziz Ansari also shared a writing Emmy for the Netflix series Master of None with Asian-American co-writer Alan Yang, who spoke up about the need for more Asian-American characters and stories in Hollywood. The LGBTQ community was also well-represented in the winners circle last night, including wins for Paulson and Saturday Night Live‘s Kate McKinnon.