Emmy Winner Alan Yang Has This Message for Asian Parents 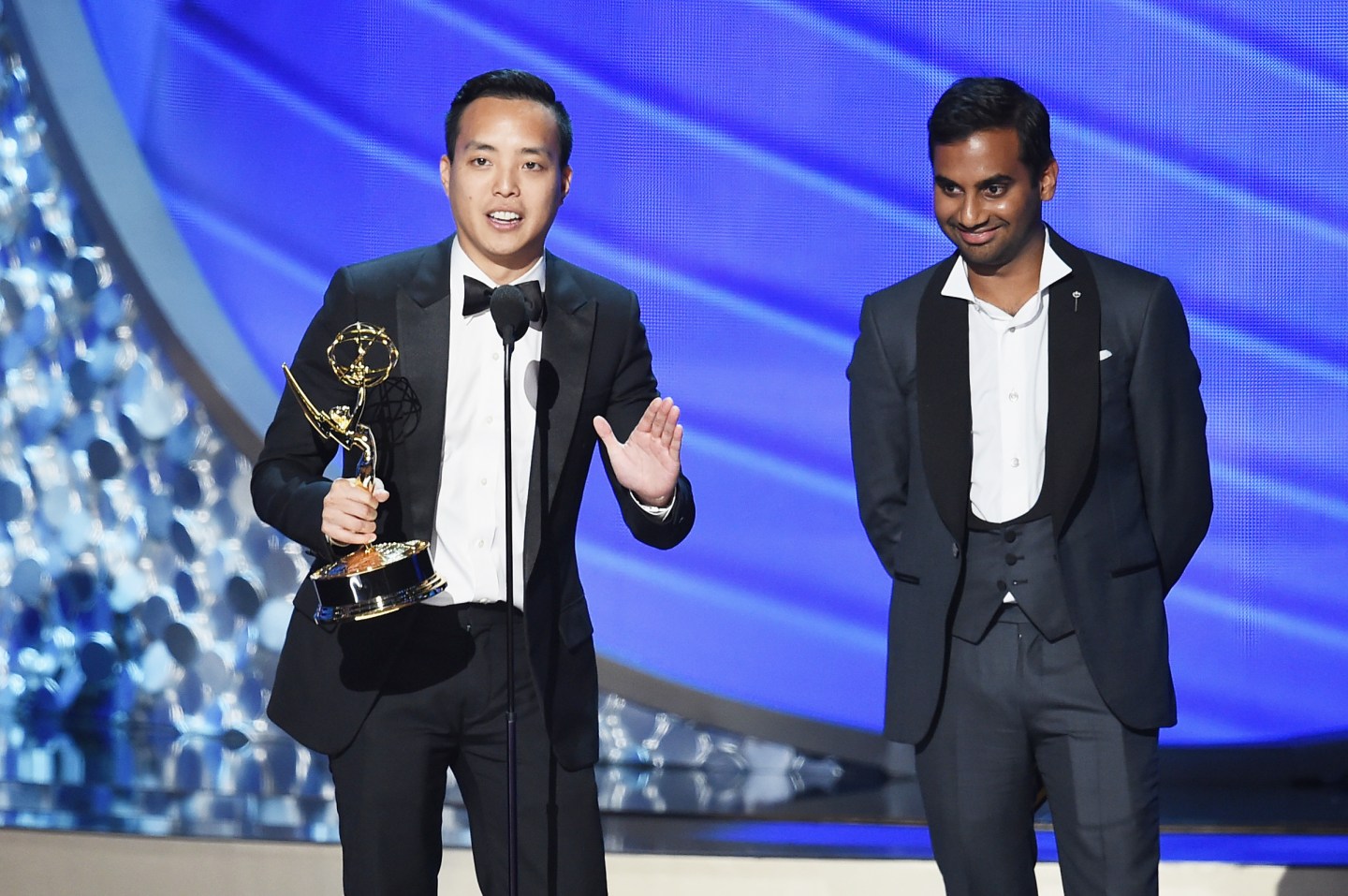 Chalk one up for Master of None: The Netflix (NFLX) breakout won Outstanding Writing for a Comedy Series at the 68th annual Emmy Awards in Los Angeles Sunday.

“Wow,” said executive producer Alan Yang. “Thank you very much to everyone who worked on the show.”

Then he pointed out how many more projects are about the latter than the former, making a plea for Asian American parents to buy their kids cameras instead of violins. “We got Long Duk Dong,” he joked, “so we’ve got a long way to go!”

The music started playing before Ansari had the chance to speak, but he ended up taking the mic for a brief moment after all.

“I just want to say… Oh man, you guys are in trouble,” said Ansari, who ran offstage.

Alan Yang says of Asian Americans: "We got a long way to go- I know we can get there" https://t.co/j3NFvug9bv #Emmys pic.twitter.com/trq2dDpq4U

The golden statuette went to Ansari and Yang for “Parents,” an early season episode about how millennials — particularly those in immigrant families — relate to their parents. Creator, writer, and star Aziz Ansari’s own mother and father made guest appearances.

“It’s one of those things where we thought it was a special episode when we were making it, but we didn’t know it would have the response that it did,” Ansari told EW of “Parents” last November. “It’s so nice to see all these people writing nice things about it and saying they relate to it. I have so many friends texting me that they were crying and now they’re calling their parents. It’s really cool. That episode was really personal to me and Alan Yang, and we’re glad it turned out well.”

Though fresh to the Emmys after a November 2015 debut, Master of None was one of the most buzzed about and critically praised shows of the year. It follows a 30-year-old actor named Dev (Ansari) as he navigates life in New York City. It’s landed several major nominations, including a Golden Globe nod for Ansari as Best Actor in a Television Series (Comedy or Musical), and won a Peabody. It was also up for four total Emmys this year, including Outstanding Comedy Series, Oustanding Lead Actor in a Comedy Series, and Oustanding Directing for a Comedy Series.