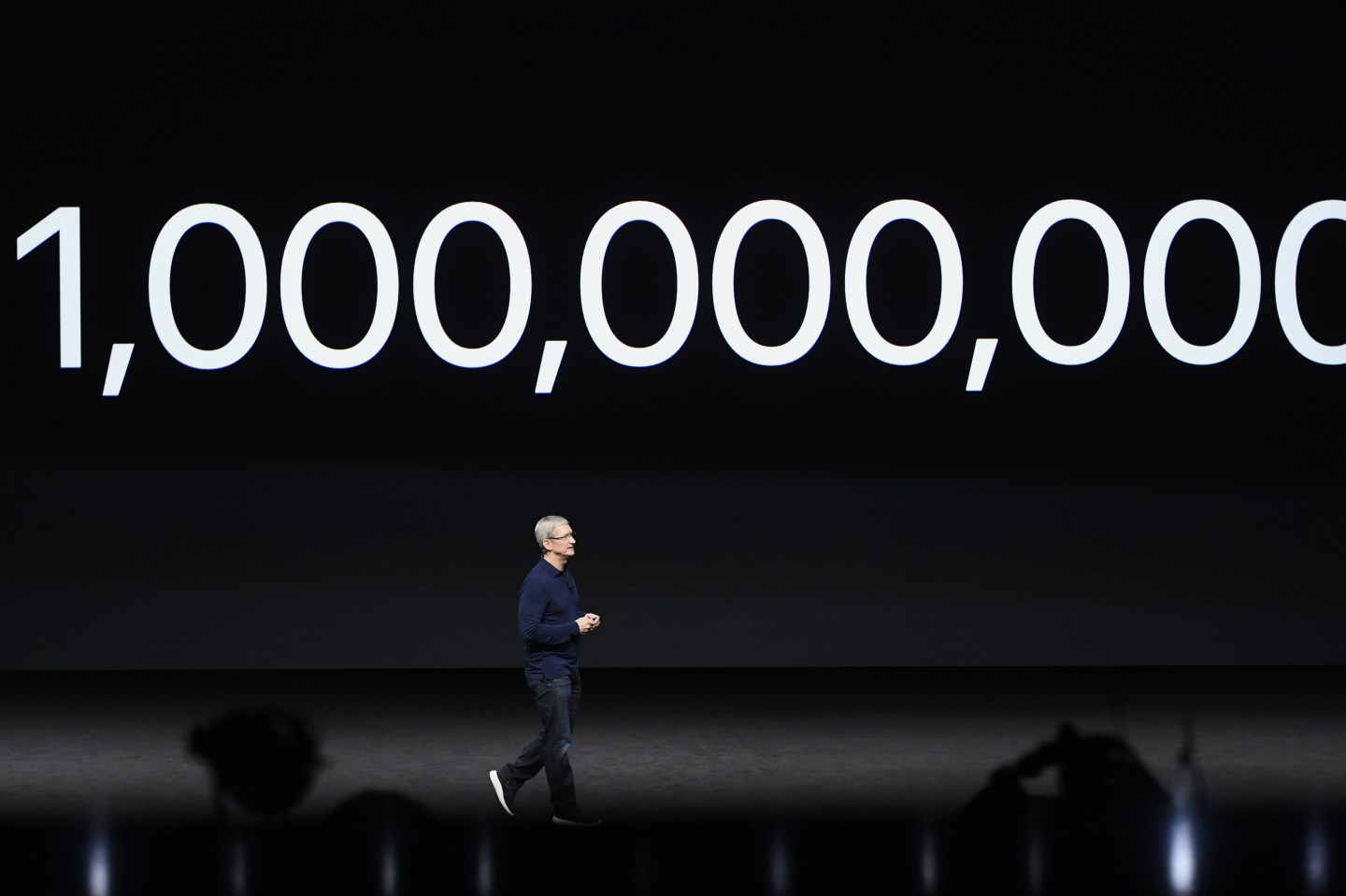 Apple extended its Wall Street rally on Thursday, with enthusiasm over demand for its newest iPhone putting the stock on track for its strongest four-day streak in over two years and clobbering short sellers who bet against it.

The newest fuel was Apple’s announcement late on Wednesday that initial quantities of the iPhone 7 Plus have sold out globally. That sent its shares up 2.8% on Thursday and brought their gain over the past four sessions to 11.4%.

If the stock stays at that level through the end of the session, it will be its strongest four-day percentage increase since April 2014, when Apple surged 12.9% over four days after the company increased its share buybacks and announced better-than-expected quarterly results.

Apple (AAPL) has been entirely responsible for this week’s gains in the Dow Jones industrial average. If Apple had been unchanged this week from last Friday’s close, the Dow on Thursday would be down 0.1%, instead of the 0.3% gain it has recorded.

Faced with the stock’s rapid ascent, short sellers on Thursday covered $250 million in bets against Apple, bringing the total reduction in Apple short interest this week to $600 million, according to S3 Partners, a financial analytics firm.

“A lot of these guys are going to pull the rip cord and get out of the trade when the price goes against them with all this intraday volatility,” said S3 Partners’ Head of Research Ihor Dusaniwsky.

Shares of Apple’s suppliers also rose on Thursday. Cirrus Logic (CRUS), which relies on Apple for 70% of its revenue, surged 7% to a 21-year high. Skyworks Solutions (SWKS) jumped 5.6% and Jabil Circuit (JBL) gained 3.9%.

Apple launched the new phones at a San Francisco event earlier this month. The gadgets feature improved cameras and eliminate the traditional headphone jack in favor of new technology.

U.S. wireless carriers Sprint (S) and T-Mobile US (TMUS) said on Tuesday they received strong pre-orders for the iPhone 7. Verizon Communications (VZ) Executive Vice President Marni Walden said at an investor conference on Wednesday that demand for the latest iPhone appeared to be “business as usual.”

Breaking with tradition, Apple will not release first-weekend sales of the iPhone 7 and 7 Plus, saying the figure is more a reflection of supply than demand.