Why SeaWorld’s Stock Could Stop Sinking 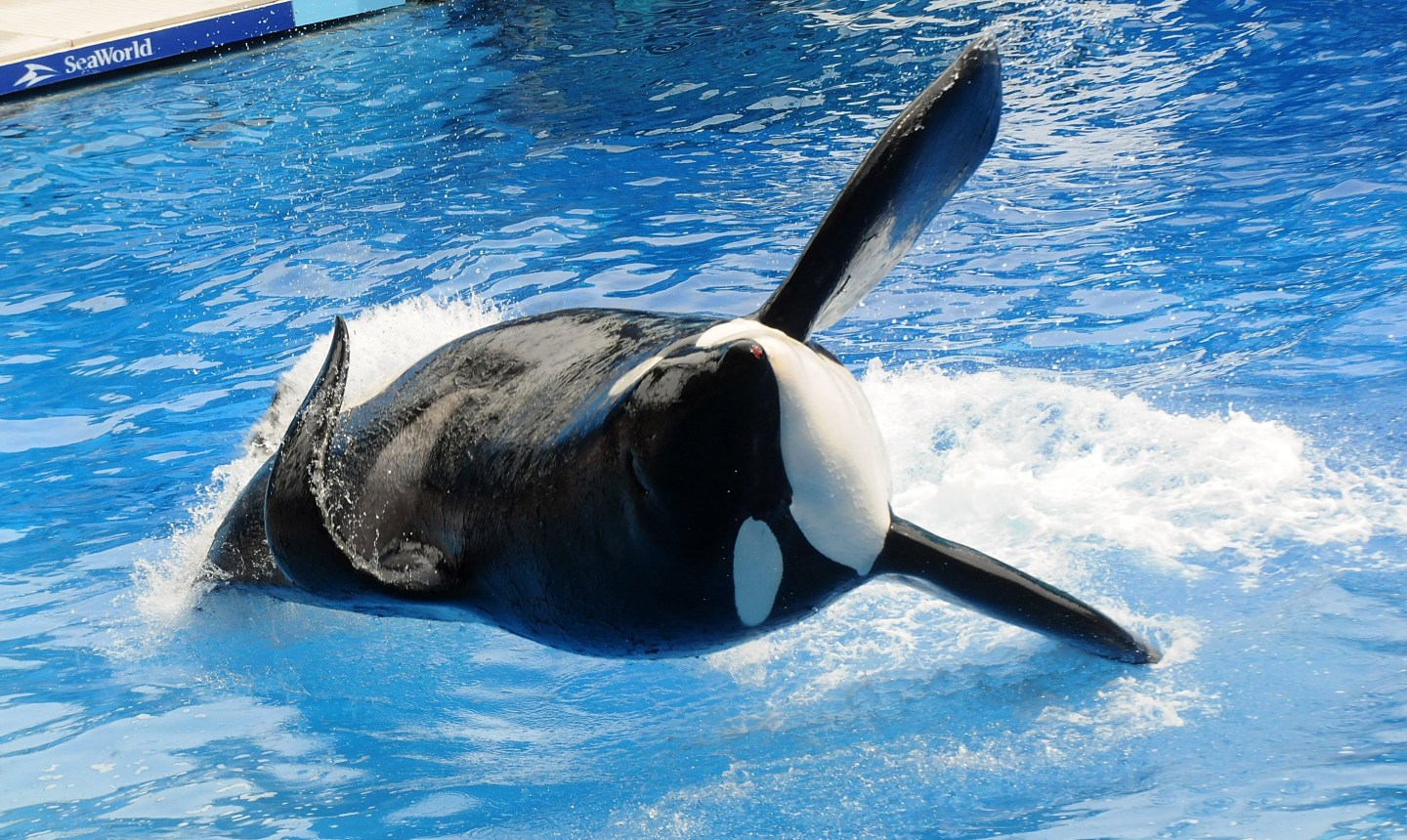 ORLANDO, FL - MARCH 30: Killer whale "Tilikum" appears during its performance in its show "Believe" at Sea World on March 30, 2011 in Orlando, Florida. "Tilikum" is back to public performance March 30, the first time since the six-ton whale has performed since killing trainer 40-year-old trainer Dawn Brancheau at the marine park on February 24 2010, after Sea World Parks & Entertainment president Jim Atchinson signed off on the decision this week. (Photo by Gerardo Mora/Getty Images)
Photo by Gerardo Mora—Getty Images

Earlier this year, SeaWorld Parks & Entertainment took the bold step of blowing up its business model. It announced on March 17 that it would soon end its iconic Shamu shows and the breeding of killer whales altogether. At the time, investors and the general public cheered the move; the stock (SEAS) shot up 9.5% that day in mid-March.

SeaWorld management was heartened by the reaction. It appeared they had at last removed what CEO Joel Manby called their “blocking” issue: A virulent controversy over their treatment of orcas that had generated plenty of negative publicity and weighed on the company’s performance in recent years. (For the full story of SeaWorld’s battle to recover from the controversy, read Fortune’s feature, “The Love-Peddling Showman Saving SeaWorld From Itself.”)Finally, the path seemed clear for the turnaround strategy Manby had publicly mapped out at the company’s Investor Day in November 2015. His plan is to infuse the company’s parks with mom- and millennial-pleasing “purpose”; to make them more about animal conservation than animal entertainment; and to make them more educational (with more naturalistic animal displays and lessons about creatures in the wild), but also more fun (with more rides). Manby also has a broader vision for the company, which includes launching international locations, resorts, and a global animal rescue organization.

Manby has said it will take time to get the beleaguered theme park company back on track, but it’s unlikely he realized how briefly the post-announcement bump would last. The news since SeaWorld’s splashy March rebranding has been surprisingly bad. The stock has plunged 30%, and attendance numbers and revenues for the first half of the year were down from already-disappointing 2015 levels, largely due to weak attendance at its Orlando park. Given the revenue decline, analysts have flagged the risk of the company tripping its debt covenant, which would require SeaWorld to borrow more money in order to afford its fat dividend.

Many investors think Manby’s strategy is solid and see promise in an environmentally oriented theme park—one investor even speculated to me that such destinations will be more appealing to Millennial parents than princess-themed amusement parks in the not too distant future. However, there’s a real question whether he can work quickly enough to turn things around and compete in an industry that adds wildly popular attractions like Universal Orlando’s Harry Potter attraction or Disney World’s’s recently opened Frozen Ever After ride each year.

Ben Chaiken, a Credit Suisse analyst who has been bearish on SeaWorld’s prospects, argues the company will likely have to cut its dividend to keep up. In an August research note, he suggested the $1.4 billion company’s annual payout to investors would be better spent on new attractions; that sum, approximately $80 million, could fund two or three new roller coasters.

But, even if Manby struggles with his turnaround plan, analysts and investors point out there’s lots of value there. The company owns 11 parks, only three of which are branded SeaWorld (they account for roughly 60% of attendance, says FBR Capital analyst Barton Crockett). The others include Busch Gardens, Sesame Place, and an assortment of water parks. Those brands remain attractive, as does all the prime real estate that SeaWorld’s parks are situated on. Crockett, who is bullish on SeaWorld, notes that even if things get much worse, the company has a portfolio of properties that, in its IPO filings, was valued at $5 billion; that’s more than two times the current value of its market cap and debt.