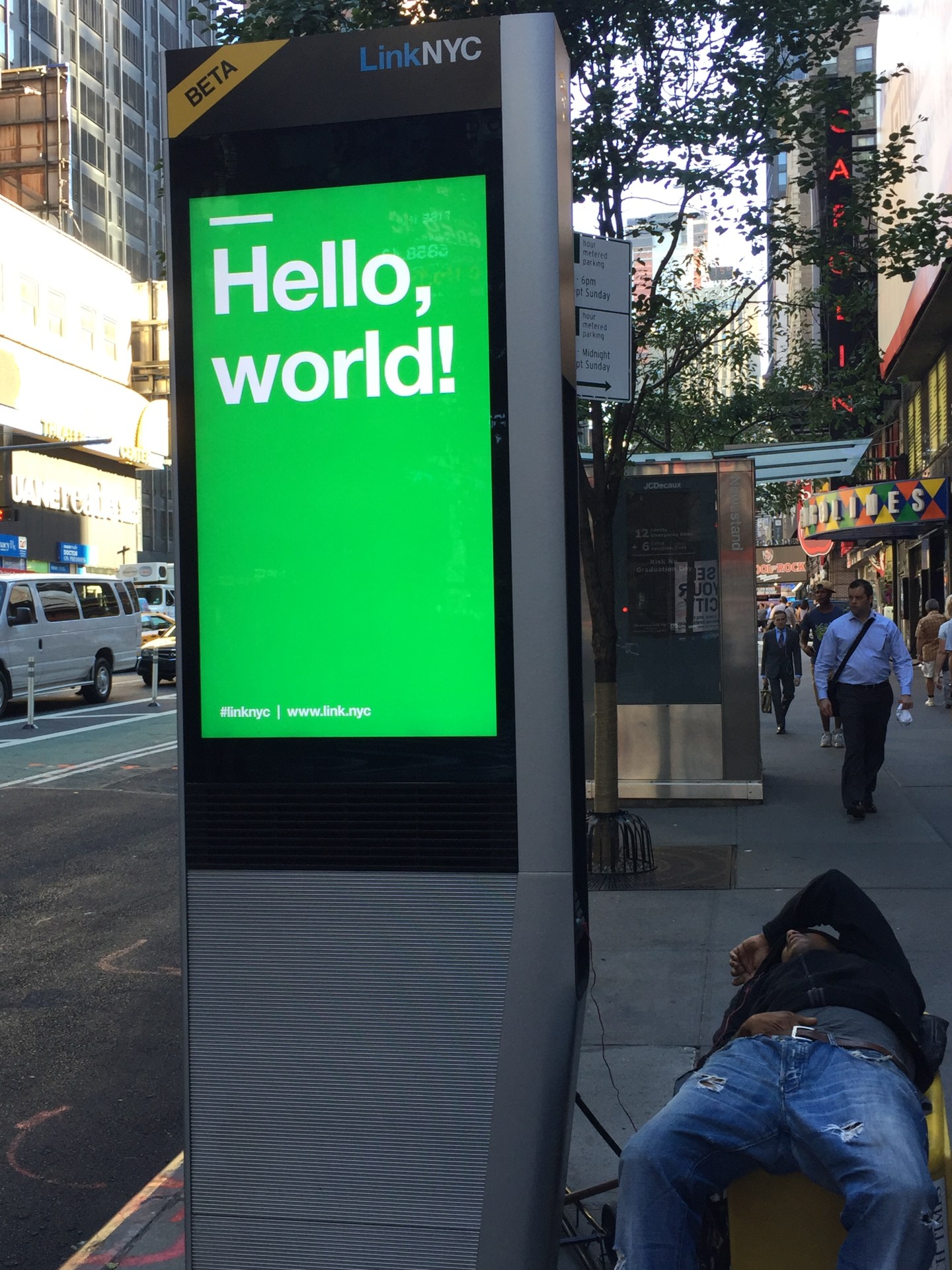 A series of incidents involving homeless people and sexual deviants has prompted New York City to rethink how it manages hundreds of free Internet terminals dotting the city. On Wednesday, the company that manages the terminals announced it would disable web browsing on the terminals while leaving other features such as maps and Wi-Fi access.

“Some users have been monopolizing the Link tablets and using them inappropriately, preventing others from being able to use them while frustrating the residents and businesses around them,” said LinkNYC in a statement. “The kiosks were never intended for anyone’s extended, personal use and we want to ensure that Links are accessible and a welcome addition to New York City neighborhoods.”

The move comes eight months after New York City began a remarkable experiment to replace its sidewalk pay phones with Internet kiosks that contain iPad-like tablets. The project has the potential to dramatically expand communications options in the city—especially for low income residents—and also to bring the city a financial windfall from advertising on the kiosks.

But the rollout has also encountered problems in the form of incidents—gleefully reported by the tabloid press—in which vagrants have been found to be treating the terminals as their own living room, and even performing lewd acts in front of them. (The photo above shows a homeless man near Times Square who had set up camp near one of the terminals). The terminals’ browsers used anti-porn filters, but it’s unclear how effective they were.

According to LinkNYC, the company along with the city will re-evaluate the kiosks’ web browsing feature, possibly reintroducing it a later time. In the meantime, residents will be able to use other features on the tablets like maps, and also be able to make phone calls.

The Internet kiosks have been developed in part through Sidewalk Labs, a division of Google’s holding company, Alphabet (GOOG). If the New York City program proves a success, it could serve as a model for other cities seeking to replace aging, unused pay phones.