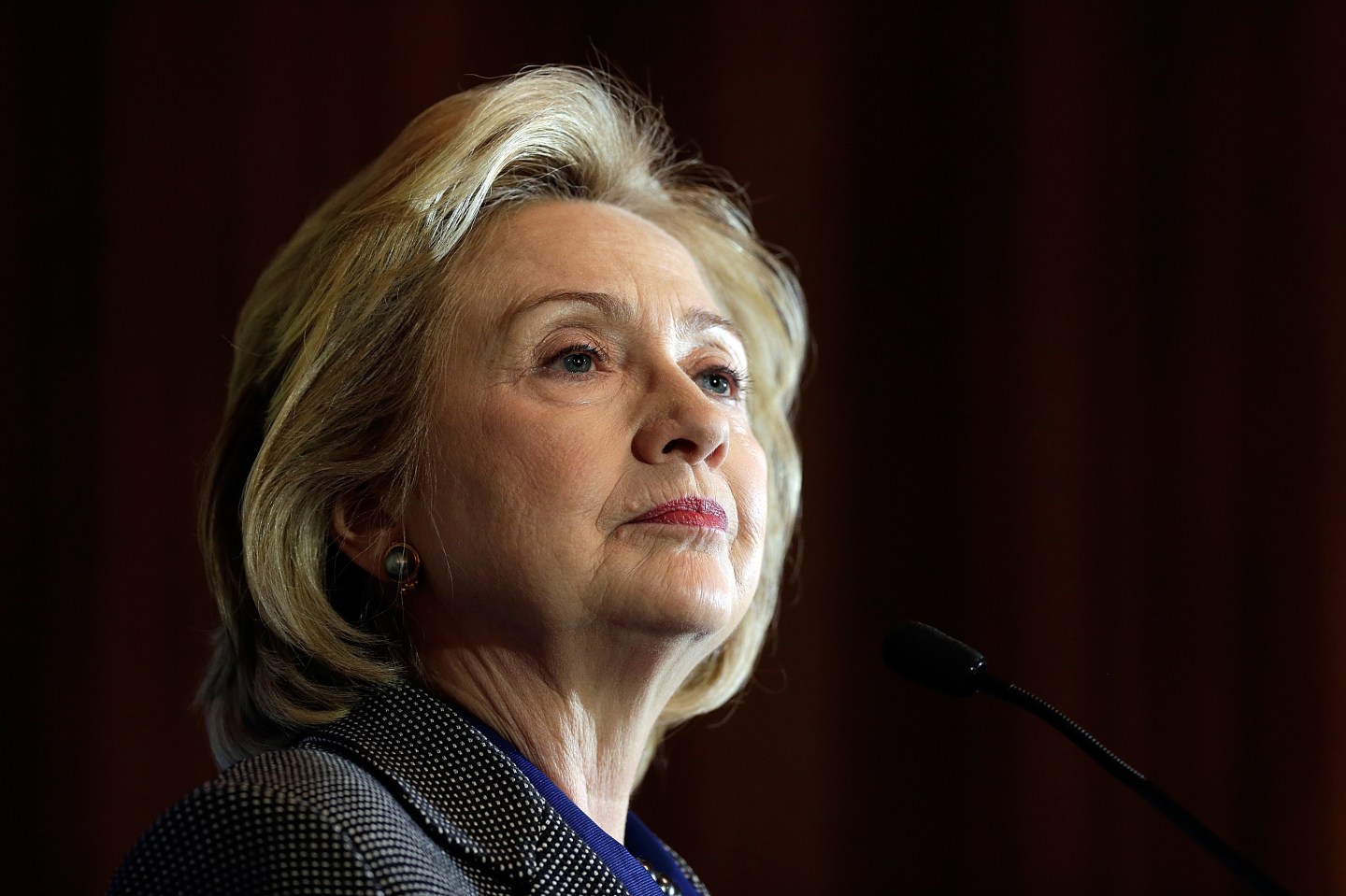 A new Morning Consult poll finds that the Democratic presidential nominee’s health scare on Sunday, when she was forced to leave a September 11 memorial service early and was videotaped nearly collapsing while getting into her car, has already begun shifting voters’ views about her wellness. Clinton’s campaign revealed that she was diagnosed with pneumonia by her personal physician last week and felt dehydrated at the event, but that the candidate will be back on the campaign trail soon.

There are still a number of open questions about both major party nominees’ health and medical histories. For instance, it’s unclear whether or not Clinton received the pneumonia vaccinations recommended for everybody over the age of 65; Trump has barely released any empirical data about his health at all aside from a bombastic and unusual one-page doctor’s note from last year, although his campaign says more information will “soon” be forthcoming. (The full extent of that data will not, however, be disclosed during an hour-long interview between Trump and celebrity Dr. Mehmet Oz about Trump’s “personal health regimen” set to air Thursday—although the real estate mogul reportedly surprised the audience with a brief one-page summary of a recent physical during the taping.)

So far, there’s no evidence voters are particularly concerned about the Republican nominee’s health, even though he would be the oldest first-term president ever elected Clinton would be a close second behind Ronald Reagan and the poll suggests voters are increasingly concerned about her wellness.

Here are the top takeaways from the poll:

The question is how much the negative views of Clinton’s health will actually affect people’s votes. There’s some good news for Clinton on that front: just 1 in 4 said the issue would make them less likely to vote for the former Secretary of State, while half said it wouldn’t change their vote. A plurality (44%) believe Clinton’s medical issues will negatively affect her ability to serve as president versus 43% who do not believe so.

Still, the survey suggests that the Clinton campaign’s handling of the incident—her staff waited hours after Clinton’s departure from the memorial service on Sunday before revealing that she’d been diagnosed with pneumonia last Friday—is playing into a narrative about her transparency and trustworthiness:

If nothing else, the incident suggests Clinton’s health—long a fixation of conspiracy theorists—is now a bona fide campaign issue and raises the question of what happens if she cannot continue, as my colleague Jeff John Roberts reported earlier this week.

Voters don’t believe either candidate will die during their first term in office (80% believe Trump will survive while 70% believe Clinton will survive). But in the face of that worst-case scenario, the GOP ticket does hold one advantage: more people think Indiana Governor Mike Pence is prepared to step up to the presidency compared to his Democratic counterpart, Virginia Senator Tim Kaine, according to the poll.

The implications these shifting perceptions about Clinton’s health will have for the election are still murky. But one thing is clear: voters believe they are entitled to detailed medical information about presidential candidates’ physical and mental health records. More than 70% say a doctor’s letter ensuring good health on both of those fronts are a must, and two-thirds believe White House hopefuls should release previous medical records.

It remains to be seen whether or not the Clinton and Trump campaigns’ vows to release more detailed medical information in the coming days and weeks will satisfy voters’ demands.