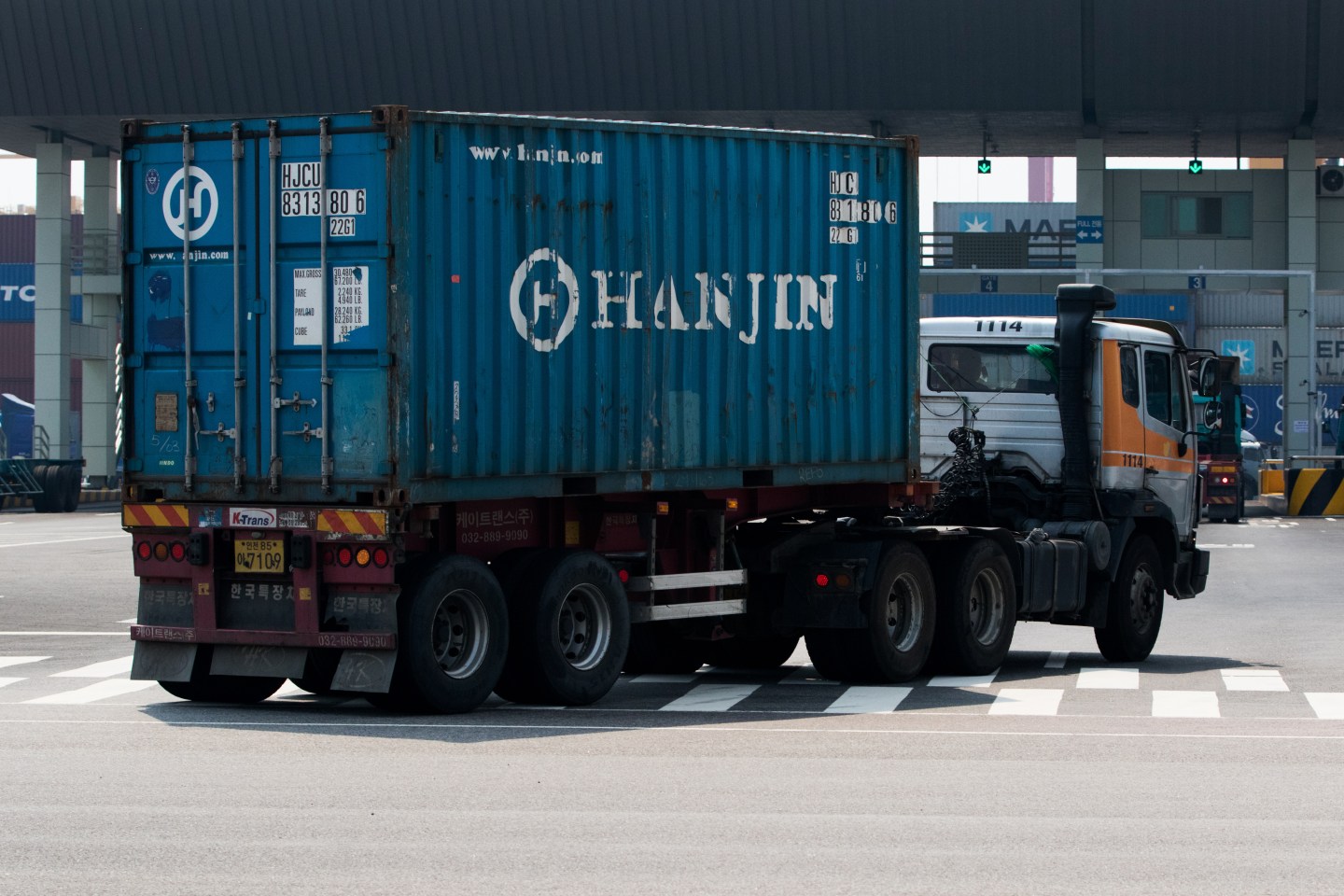 Hanjin Group, the parent of Hanjin Shipping, pledged last week to raise 100 billion won to help rescue cargo in the wake of the collapse of the world’s seventh-biggest container shipper, including the 40 billion won from Chairman Cho Yang-ho.

Around $14 billion of cargo has been tied up globally as ports, tugboat operators and cargo handling firms worried about being paid refused to work for Hanjin, which filed for receivership in a Seoul court early this month.

Korean Air, the top shareholder of Hanjin Shipping, on Saturday approved a plan to provide a loan of 60 billion won, conditional on the shipper providing its stake in Los Angeles’ Long Beach Terminal as collateral.

The deal requires the approval of other shareholders and creditors of the terminal.

It may take “considerable time” for Korean Air to provide the loans for Hanjin Shipping, South Korea’s top financial regulator said, according to a regulatory official at the scene.

“It is being reviewed whether it is possible to secure the funding” from Korean Air, Financial Services Commission Chairman Yim Jong-yong said in a meeting with the ruling party.

On Monday, Choi Eun-young, a former chairwoman of Hanjin Shipping, pledged to provide $9 million in private funds “within days.”

Most of containers on the 182-meter long vessel had been offloaded but some destined for other ports were still being held, port authorities said.

Six other Hanjin vessels were heading to Australia and risked being seized by creditors, two sources familiar with the situation said.

Unlike in the United States, Britain, Japan and provisionally Singapore, Hanjin has no protection in Australia against creditors for unpaid bills.

“It is likely someone will put a claim on the assets,” said one of the sources, who declined to be identified due to the sensitivity of the matter.

A spokesman at Glencore Singapore declined to comment on whether it had or planned to issue a warrant on more Hanjin vessels.

Truckers began moving freight from the Hanjin Greece, one of roughly a dozen of the company’s ships destined for the U.S. West Coast, out of the port of Long Beach on Monday, following a U.S. bankruptcy court’s grant of protection.

Hanjin Shipping on Tuesday offered “a deep apology for causing damage to many interested parties” and said it had formed an emergency management committee to deal with the cargo confusion.