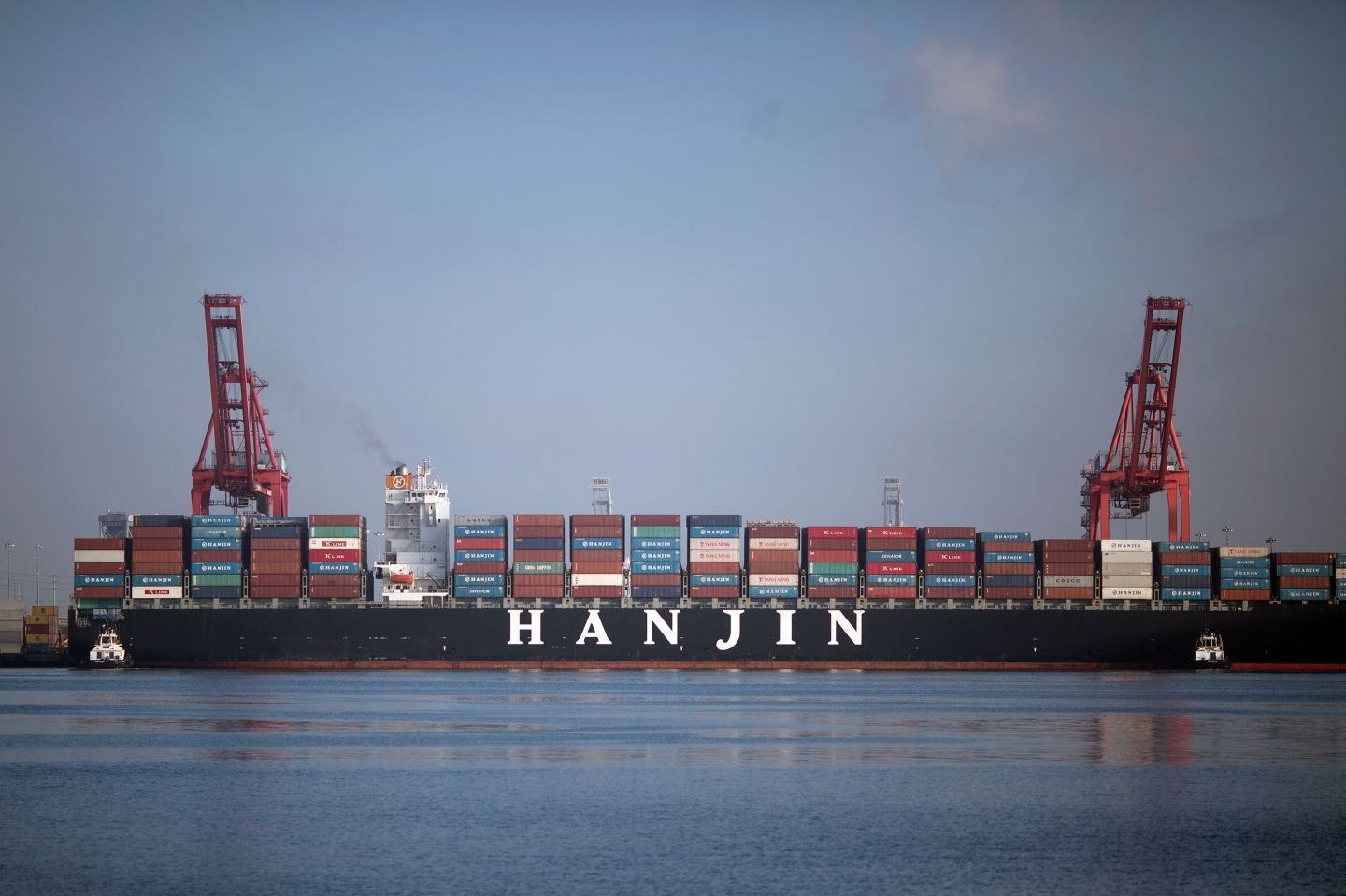 Tug boats push the Hanjin Greece container ship to dock for unloading at the Port of Long Beach, California, on September 10, 2016. The ship had been stranded at sea for more than a week for fear that it could be seized by creditors if it came to shore. A Hanjin Shipping spokesman said a US court had issued an order allowing it to unload some cargo without fear of creditors seizing its ships. As of late September 9, 92 of 141 ships being operated by the world's seventh largest shipping firm were stranded at sea. / AFP / DAVID MCNEW (Photo credit should read DAVID MCNEW/AFP/Getty Images)
Photograph by David McNew—AFP/Getty Images

Following are some of the key numbers:

* $14 billion – the estimated value of cargo tied up globally as Hanjin ships idle outside ports that won’t let them in.

* 400,000 – the estimated number of containers stranded on Hanjin ships.

* $38 million – the value of goods, mostly TVs and appliances, that Samsung Electronics (SSNLF) alone has said it has stuck aboard two Hanjin ships.

* 7.8% – of the trans-Pacific trade volume for the U.S. market carried by Hanjin.

* 141 – the number of ships Hanjin has (97 container ships, 44 bulk carriers). More than half are blocked from docking, and four have been seized as of Sept 11.