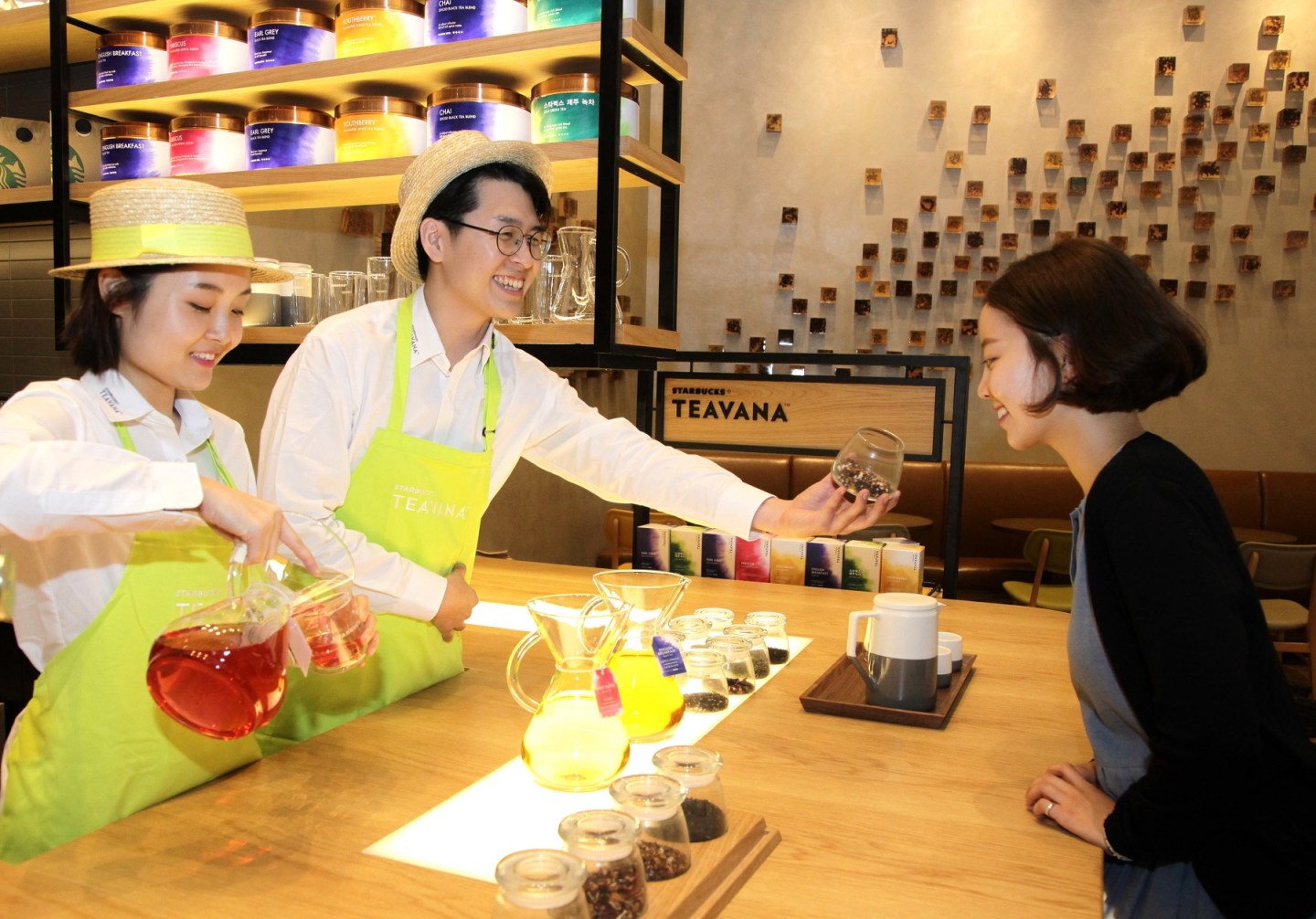 Starbucks (SBUX) is expanding its tea offerings in Asia, in hopes of expanding its global sales for the drink to $3 billion over the next five years.

The new Teavana line, which includes drinks like the matcha and espresso fusion, black tea with ruby grapefruit and honey, and iced shaken green tea with aloe and prickly pear, is hitting all of Starbucks’ approximately 6,200 stores in Asia this fall, completing a rollout across the region by the end of the year. Chinese consumers got the first taste of Teavana at the end of August, and expansions in Japan and India are slated for October and December respectively. It is the first time Starbucks has launched a brand on this scale since 2008, the company said.

Starbucks began development of the new range more than a year and a half ago, Vera Wang, director of product line innovation for Starbucks China and Asia Pacific, said in an interview with Fortune.

Consumers appear to be getting more sophisticated in their tastes, and “the growing middle class” of China that’s looking for new experiences “is very in line with what the Starbucks experience is about,” she said.

Critics raised eyebrows when Starbucks first announced it would bring Teavana to China in March, wondering how the Seattle-based coffee chain would “carve out a niche for itself in the biggest tea-drinking market in the world,” Fortune’s Phil Wahba noted. But China’s tea industry, which stands almost ten times bigger than the country’s coffee market at about 63.2 billion yuan ($9.5 billion), could pay off big-time for Starbucks, according to Bloomberg. The company plans to open 500 stores a year there, upping its current total of about 2,200 Chinese locations to 3,400 by 2019.

“Definitely, the experience is going to be different in terms of who the customers are,” Wang said of the new line on Monday.

“Being an Asian and living in Asia, we understand that Asia is basically a land of tea,” she said. “The culture is so entrenched. So when we embark on Teavana, we show a lot of deep appreciation and respect for the tea culture that exists in Asia. Teavana is really about a modern take on Western tea that is departing from the traditional tea experience.”

The company came up with its new line by encompassing flavors customers were already familiar with, explained Wang. “For example, we have a green tea beverage, which is a flavor that they’re familiar with, and then we add in a new ingredient and new texture that give it a different experience,” she said. “So that’s how we actually innovate and create an experience that is different for our Asian customers.”

Jodie Minotto, a global food trends analyst at market research firm Mintel Group, said Starbucks’ approach to Teavana would likely prove a safe bet with consumers. “I think if they just didn’t do anything new and interesting, it would be tough,” she said. “But they are offering something really new, modern, and … it’s grounded in some safe, familiar ingredients.”

See also: How Starbucks CEO Howard Schultz Says He Can Win In China

“So in light of that, this type of offering would be really well received,” she said.

Matthew Crabbe, director of research at Mintel Asia Pacific, likened the target market to that of bubble or “boba” tea, “which grew very rapidly out of Taiwan, hit China, and expanded enormously.”

“I think what we’re seeing here is younger consumers, they’re trading up,” he said. “Aiming at not only that young consumer group with new products and new and exciting products, but also something that’s based on tea, which is a traditional drink, is likely to find favor.”