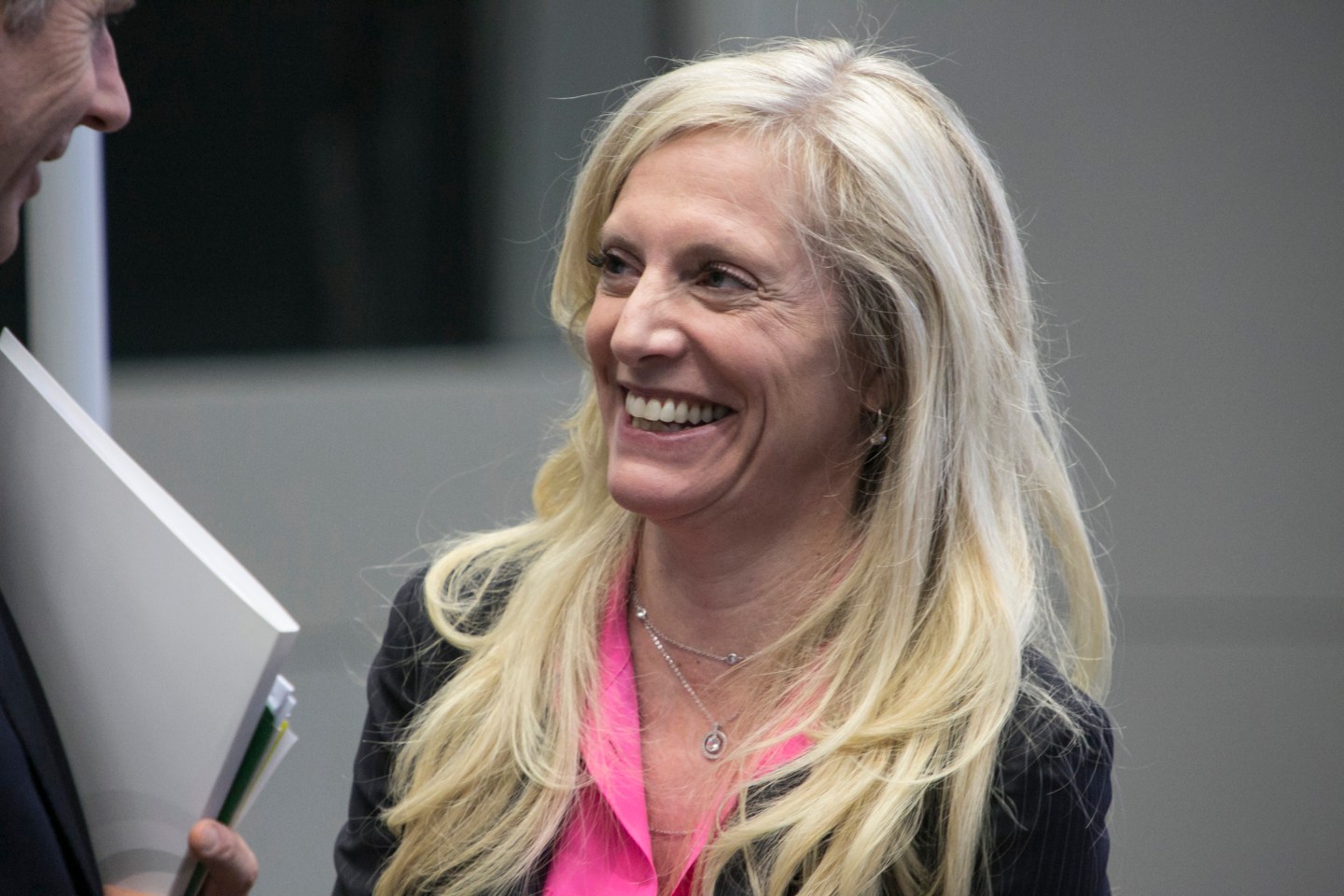 On Monday, investors, following a speech by Federal Reserve governor Lael Brainard, raucously toasted the idea that an interest hike was a no-go for September. The punch bowl, however, may be less full than it seems.

After hawkish statements from Fed Governor Daniel Tarullo and Boston Fed President Eric Rosengren, suggesting the Fed was ready to up interest rates, helped send the Dow Jones down by nearly 400 points on Friday, all eyes were on Governor Lael Brainard on Monday. She took the opposite view, presenting a case for raising rates very gradually.

Brainard argued that structural changes to a post-financial crisis economy requires a reevaluation of what constitutes effective monetary policy. For example, because the relationship between the unemployment rate and inflation has weakened, Brainard thinks the fact that the unemployment rate is relatively low today should not raise concerns about an impending spike in inflation. The Fed should instead focus on cutting out the hidden slack in the labor market, like the overabundance of workers who are working part-time, but need full-time jobs.

Brainard also argued that markets must get used to the idea that interest rates will be low for a long time, as the last seven years have proved that very low interest rates are necessary to maintain even modest economic growth and inflation. “It is difficult not to conclude that the current level of the federal funds rate is less accommodative today than it would have been 10 years ago,” Brainard said.

The fact that Monday was the last day for Fed officials to publicly voice their opinions before a week-long blackout period kicks in, during which Fed officials must refrain from opining for a week before an FOMC meeting—made the speech all the more important for market participants. Adding significance to Brainard’s speech was the fact that she has been rumored to be among the people Hillary Clinton is considering for Treasury Secretary if she wins the presidency.

Markets loved what Brainard had to say, as the Dow shot up roughly 150 points in the minutes following the speech. The S&P 500 and the Nasdaq also rose significantly on her comments.

The enthusiastic response to the speech by traders, paired with the steep declines last week after more hawkish comments from other Fed officials, shows that markets were caught off guard by the possibility of a September hike. The Fed funds futures market implies that traders are dubious of the idea that the Fed will raise rates at all this year, let alone next week.

But the fact that public statements by Fed officials in recent weeks have shown such divergence of opinion on how fast the Fed should move to raise rates is likely to sew confusion. As David Kelly Chief Global Strategist at J.P. Morgan funds wrote in a note to clients Monday, traders will have to decide “whether more hawkish tone from some Fed officials represents a genuine consideration of raising rates or yet another head fake from a very cautious Fed.”

Brainard’s speech today is pretty convincing evidence that talk of a September hike shouldn’t be taken too seriously. On the other hand, projections from FOMC members themselves, released in June, show the vast majority of board members thought that there would be two rate hikes this year. Given that there are just three meetings remaining, that would imply a healthy chance that one of those hikes comes next week.

In other words, despite the market reaction today, there’s plenty of reason for traders to be wary of what the Fed might spring on markets, given genuine disagreement between Fed officials, and due to the fact that Fed policy makers are still trying to adjust their thinking to reflect the changes the economy has gone through since the financial crisis.