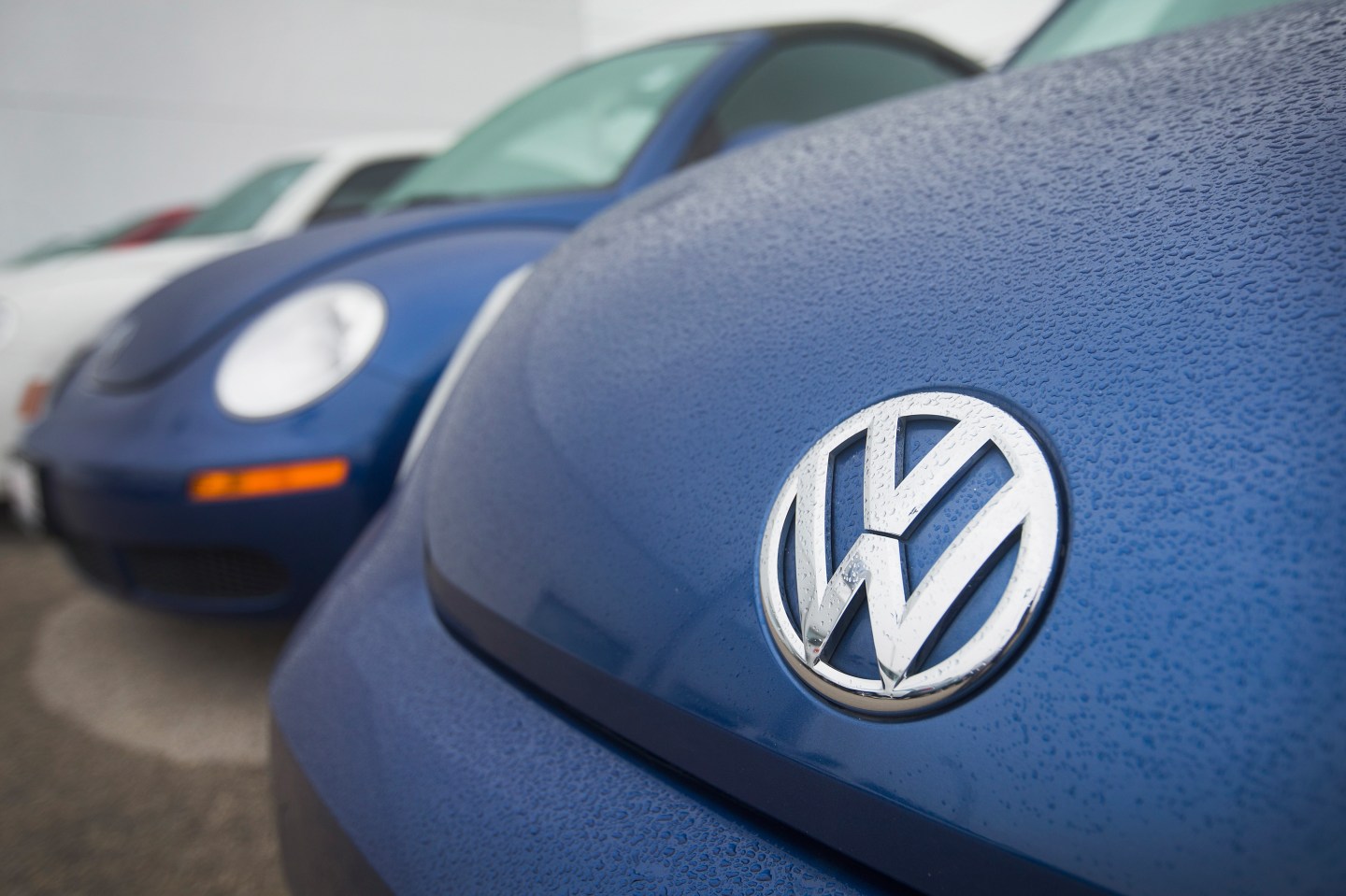 CHICAGO, IL - SEPTEMBER 18: Volkswagen Beetles are offered for sale at a dealership on September 18, 2015 in Chicago, Illinois. The Environmental Protection Agency (EPA) has accused Volkswagen of installing software on nearly 500,000 diesel cars in the U.S. to evade federal emission regulations. The cars in question are 2009-14 Jetta, Beetle, and Golf, the 2014-15 Passat and the 2009-15 Audi A3. (Photo by Scott Olson/Getty Images)
Scott Olson/ Getty Images/ File

A Volkswagen AG engineer on Friday pleaded guilty and agreed to cooperate in the Justice Department’s probe into the German automaker’s diesel emissions scandal—the first person charged by U.S. authorities in the environmental probe.

James Liang, who has worked for VW (VLKPF) since 1983 and was part of a team of engineers who developed a diesel engine, was charged in an indictment made public on Friday with conspiring to commit wire fraud and violating U.S. clean air laws.

The 62-year-old engineer from Newbury Park, Calif., appeared in U.S. District Court in Detroit on Friday and entered into a plea agreement that includes his cooperation with the government in its investigation. The indictment says Liang conspired with current and former VW employees to mislead U.S. regulators about the software that allowed the automaker to evade American emissions standards.

VW has already agreed to spend up to $16.5 billion to address environmental, state, and owner claims in the United States.

Liang was indicted in June, but the indictment was only made public on Friday.