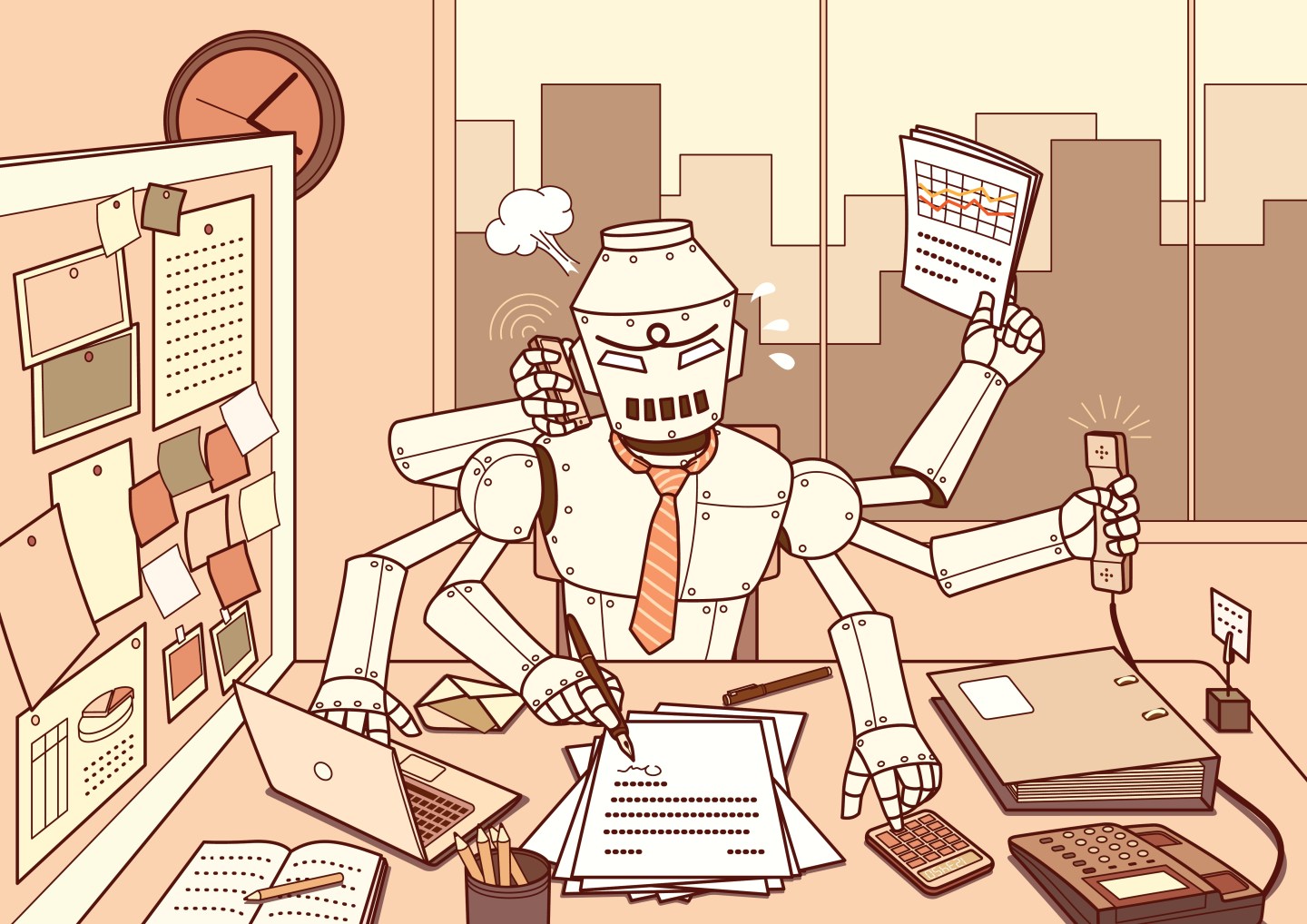 Busiest robot in the office with a heavy workload on all of his six hands.
VichanChairat — Getty Images

If you’ve been freaking out about the prospect of a robot taking your job, fear not. While workforce automation may be a source of constant worry for some workers, a new study from professional services company KPMG says, for tech workers, it may actually come along with a potential job boost.

The company surveyed 138 U.S. technology industry CEOs from Internet, hardware, software, cloud and IT service companies about the relationship between human and robotic labor. All told, 95% expect an increase in human headcount (phew!), despite an increase in the use of automation technologies, while more than half (55%) expect their headcount to spike by as much as 6% over the next three years.

So what’s that mean for you? Even as automation technologies like machine learning and digitization change the way companies do business, the expected job losses (around 5%) should be exceeded by the hiring boost expected at most tech companies.

For more on robots, watch this:

If the survey’s respondents are correct, instead of replacing humans’ jobs, robots would simply take on some of the rote, time-consuming tasks. This would allow human workers to devote more time to other, more complex activities, such as enhanced customer service, innovation and general higher workplace efficiency.

Read more from Fortune: How To Keep Your Job When Robots Take Over

Last year, Monster reported on research from consultancy firm McKinsey & Company that also predicted that automation would be a source of job redefinition, not elimination. Interestingly, that same study also mentioned that it might be the highest paid occupations that are most vulnerable to replacement by automation, noting that “activities consuming more than 20% of a CEO’s working time could be automated using current technologies.” That includes such tasks as analyzing data, reviewing status reports and preparing staff assignments.

More from Monster:
• Wow! The 5 most valuable companies in the world are now tech firms
• 100 companies making big hires in August
• 5 cool startups that are hiring right now

Of course, if you’re still worried about the prospect of a robot taking your job, you can always get a job working on the robots themselves. We can think of at least one well-known company that would love to have you.