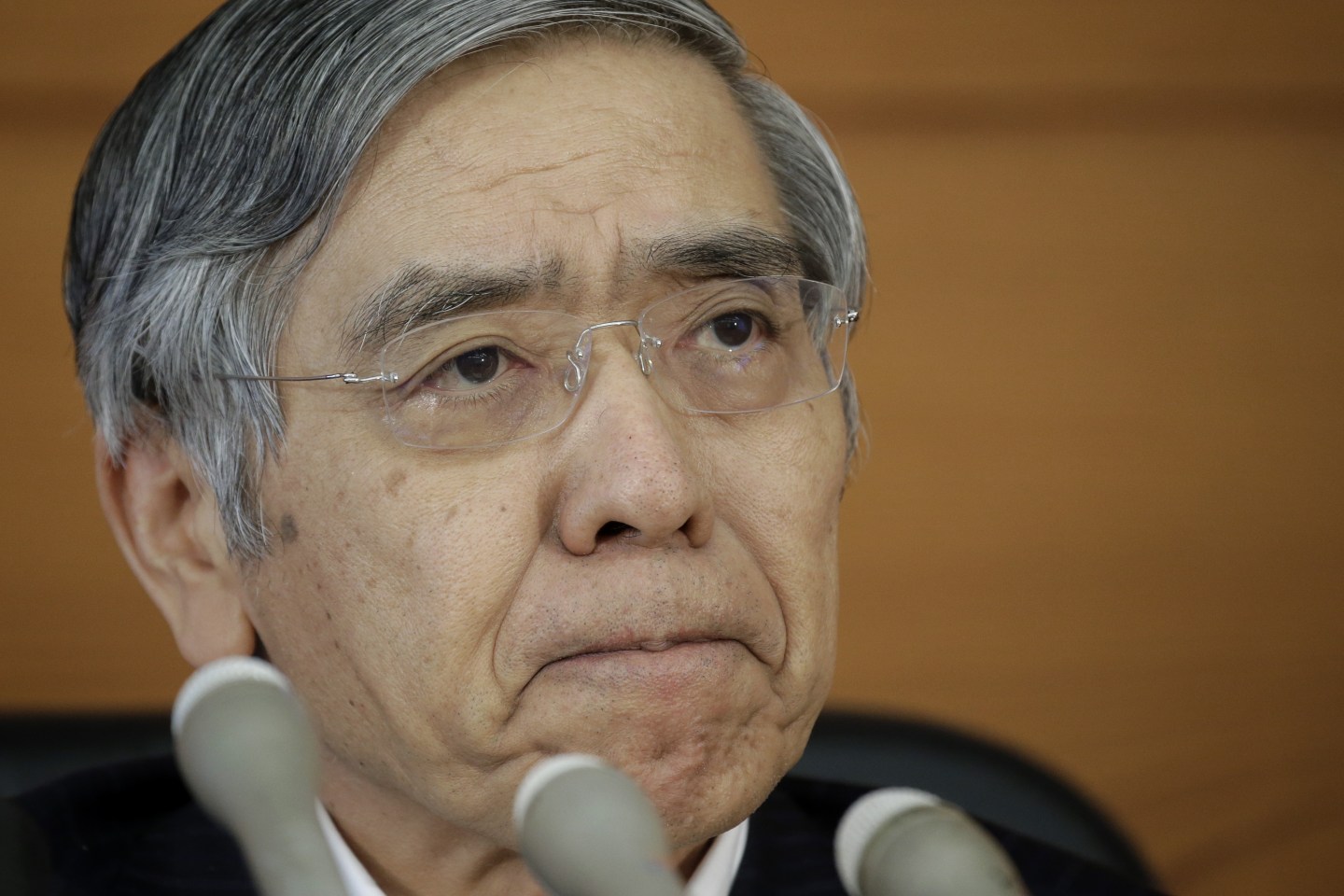 Haruhiko Kuroda, governor of the Bank of Japan (BOJ), listens during a news conference at the central bank's headquarters in Tokyo, Japan, on Friday, July 29, 2016. The BOJ kept its key monetary tools unchanged, and will mount a comprehensive review of its policy framework due to "considerable uncertainty" about the outlook for inflation, which has consistently underperformed the central bank's forecasts. Photographer: Kiyoshi Ota/Bloomberg via Getty Images
Kiyoshi Ota/Bloomberg via Getty Images

Bank of Japan Governor Haruhiko Kuroda said on Monday there is ample room to expand monetary stimulus such as by deepening negative interest rates and accelerating asset purchases.

He also said the central bank should not rule out the possibility of considering new ideas or taking drastic measures if necessary to achieve its 2% inflation target.

“Even within the current framework, there is ample room for further monetary easing … and other new ideas should not be off the table,” Kuroda said in a seminar.

“There may be a situation where drastic measures are warranted even though they could entail costs,” he said. “The central bank should always prepare policy options to address such situations.”

See also: Bank of Japan Will Act ‘Without Hesitation’ to Revive Inflation

Kuroda said he does not share a growing market view that monetary policy has reached its limit, saying that the key would be to weigh the costs and benefits of each policy option.

“There is no free lunch for any policy,” he said. “That said, we should not hesitate to go ahead with (additional easing) as long as it is necessary for Japan’s economy as a whole.”

The BOJ eased monetary policy in July and pledged to conduct a comprehensive assessment of the effects of its stimulus program at this month’s rate review.

A majority of economists expects the Bank of Japan will ease policy further at that review, a Reuters poll found, while many respondents suspect a change in its inflation target terminology is likely.

Facing stubbornly weak prices, the BOJ has pushed back the timing of its inflation goal several times since it implemented aggressive policy easing measures in 2013 under Kuroda.