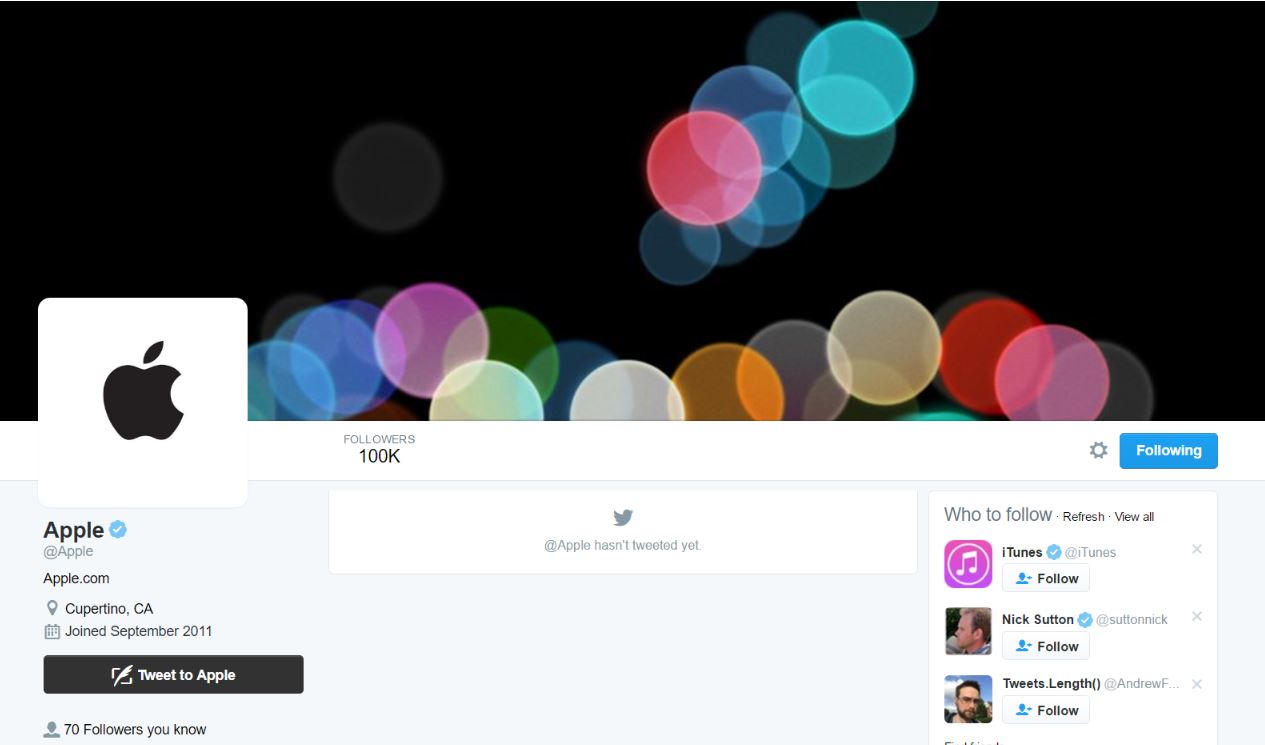 At the time of writing on Friday, Apple’s Twitter account is only just crossing the 100,000-users mark.

You might think that strange for the world’s most valuable company, but the truth of the matter is that Apple’s (AAPL) Twitter (TWTR) account was until now just a dormant “egg”—the company had never created a profile picture nor a background image for @Apple.

It had also never tweeted from the account—which still remains the case for now. However, the profile picture is now the Apple logo.

The company is clearly getting ready for something, and it’s not hard to figure out what.

The image that Apple is using as the background for its awakening Twitter profile is the same as it used for the invitation to its big event next week Wednesday.

That event is almost certain to be where Apple unveils its new iPhone, probably known as the iPhone 7, which will run on version 10 of its iOS mobile operating system. It will reportedly also be refreshing its line-up of MacBooks.

For more on Apple watch our video.

And if you have that much to show off, why not use Twitter to spread the word? There must be a big show lined up for September 7 if Apple has decided now’s the time to activate an account that has lain dormant since its creation half a decade ago.

Or maybe it just wants another channel through which to complain about its $14.5 billion Irish tax bill.