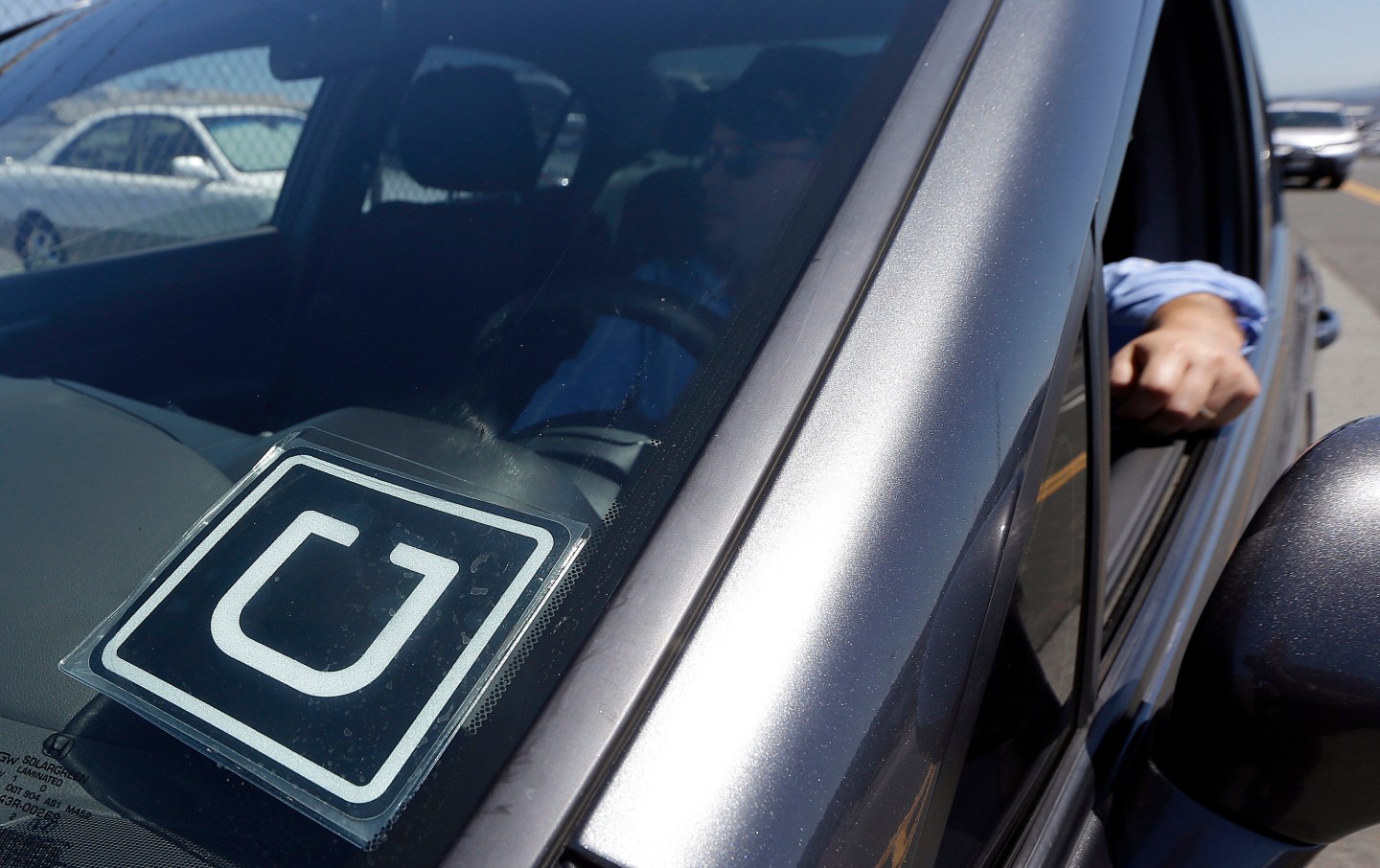 FILE - In this July 15, 2015 file photo, an Uber driver sits in his car near the San Francisco International Airport. Uber and advocates for the blind have reached a lawsuit settlement in which the ride-hailing company agrees to require that existing and new drivers confirm they understand their legal obligations to transport riders with guide dogs or other service animals. The settlement is designed to resolve a lawsuit in federal court that alleges Uber discriminates against passengers with service dogs. (AP Photo/Jeff Chiu, File)
Jeff Chiu — AP

Car ride service Uber said on Thursday it had been granted permission for a legal review of a proposed new English language test for its drivers in London that it said was tougher than the level needed to obtain British citizenship.

The company said a new requirement for all licensed private hire drivers from a non-English speaking country to pass a two-hour written English exam was disproportionate and contravened the Equality Act.

Permission was also granted for a review of rules on the location of its call center—TfL wants the company to set up a London call center—and a requirement to inform TfL before it makes changes to its app, Uber said.

However, it was denied a review of a requirement that drivers have commercial insurance for a vehicle even when it is not being used as a private hire vehicle.

Uber’s London General Manager Tom Elvidge said he was pleased a legal review had been granted.

“TfL’s plans threaten the livelihoods of thousands of drivers in London, while also stifling tech companies like Uber,” he said in a statement.