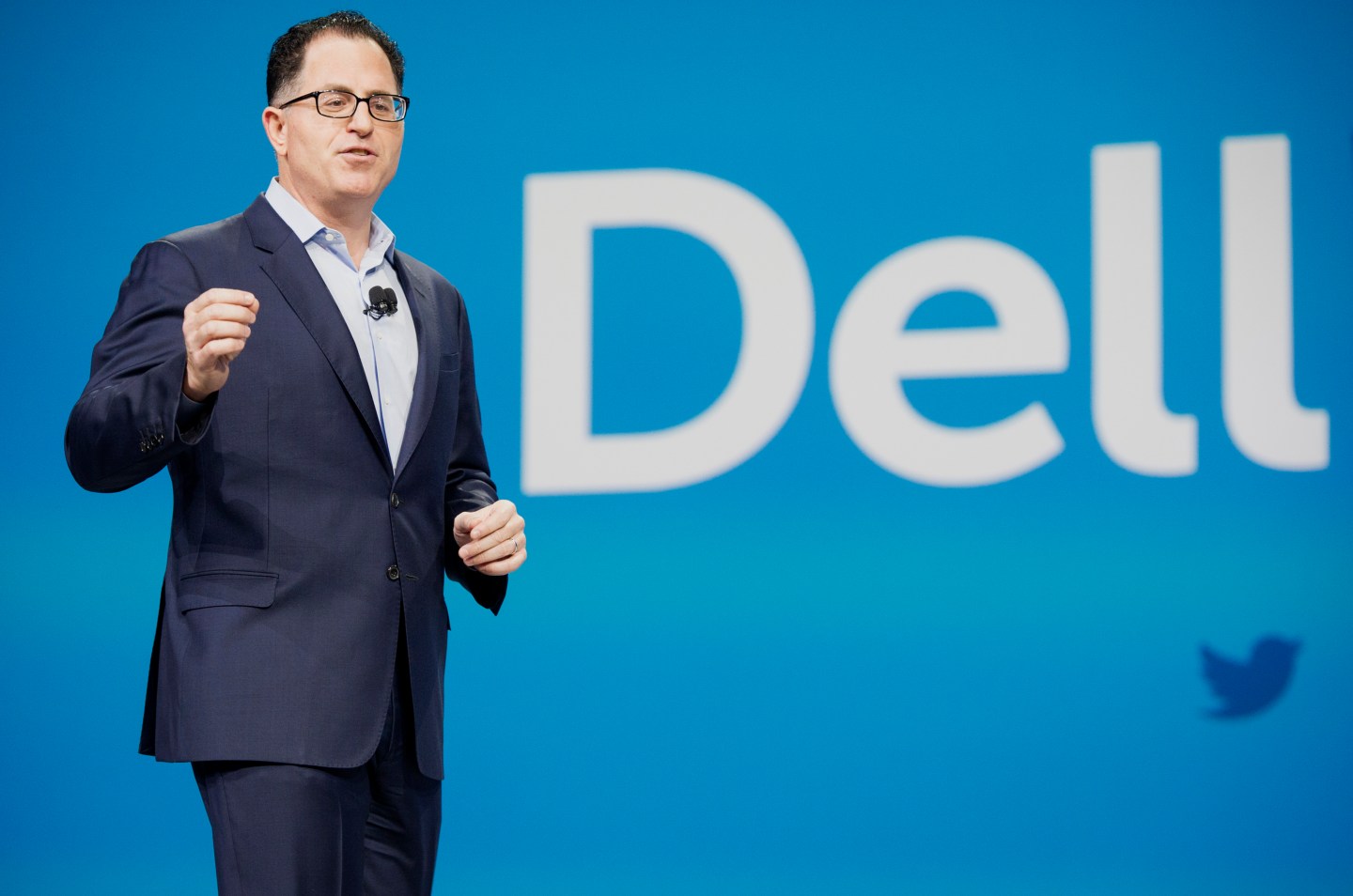 Michael Dell, founder and chief executive officer of Dell Inc., speaks during the 2015 Dell World Conference in Austin, Texas, U.S., on Wednesday, Oct. 21, 2015. Dell said trimming debt for the massive deal to combine his namesake company with EMC Corp. should progress relatively quickly in the next couple of years. Photographer: Matthew Busch/Bloomberg via Getty Images
Photgraph by Matthew Busch — Bloomberg via Getty Images

Dell’s mega-billion dollar acquisition of EMC and its affiliate companies is slated to close on September 7, Dell announced on Tuesday. Michael Dell and EMC outgoing chairman Joe Tucci have said since day one that the deal would close by October, and it looks like it will.

The new company, to be known as Dell Technologies, will be privately held and headed by Michael Dell as chief executive officer. The last pending approval—China’s Ministry of Commerce—has cleared. EMC shareholders approved the plan, first announced last October, on July 19. A timeline of the events leading up to this point is available here.

In a statement, Dell hailed this as a historic moment for both companies. It is, to date, the largest high-tech merger or acquisition on record, valued initially at $67 billion. It is now worth roughly $63 billion.

In the statement from Mr. Dell:

Combined, we will be exceptionally well-positioned for growth in the most strategic areas of next generation IT including digital transformation, software-defined data center, converged infrastructure, hybrid cloud, mobile and security.

In March, company executives and veterans were tapped for top jobs. Jeremy Burton, who is now president of products and marketing for EMC (EMC) will be chief marketing officer of the merged company. Jeff Clarke, currently vice chairman of operations and president of Dell, will retain those titles going forward. Howard Elias and Rory Read will share the chief integration officer duties. David Goulden, chief executive officer of the EMC Information Infrastructure group, will be president of the new entity’s enterprise systems group, responsible for servers, storage, networking, and converged infrastructure.

For more on Dell-EMC, watch: