How This Startup Is Helping Farmers Do Better Business 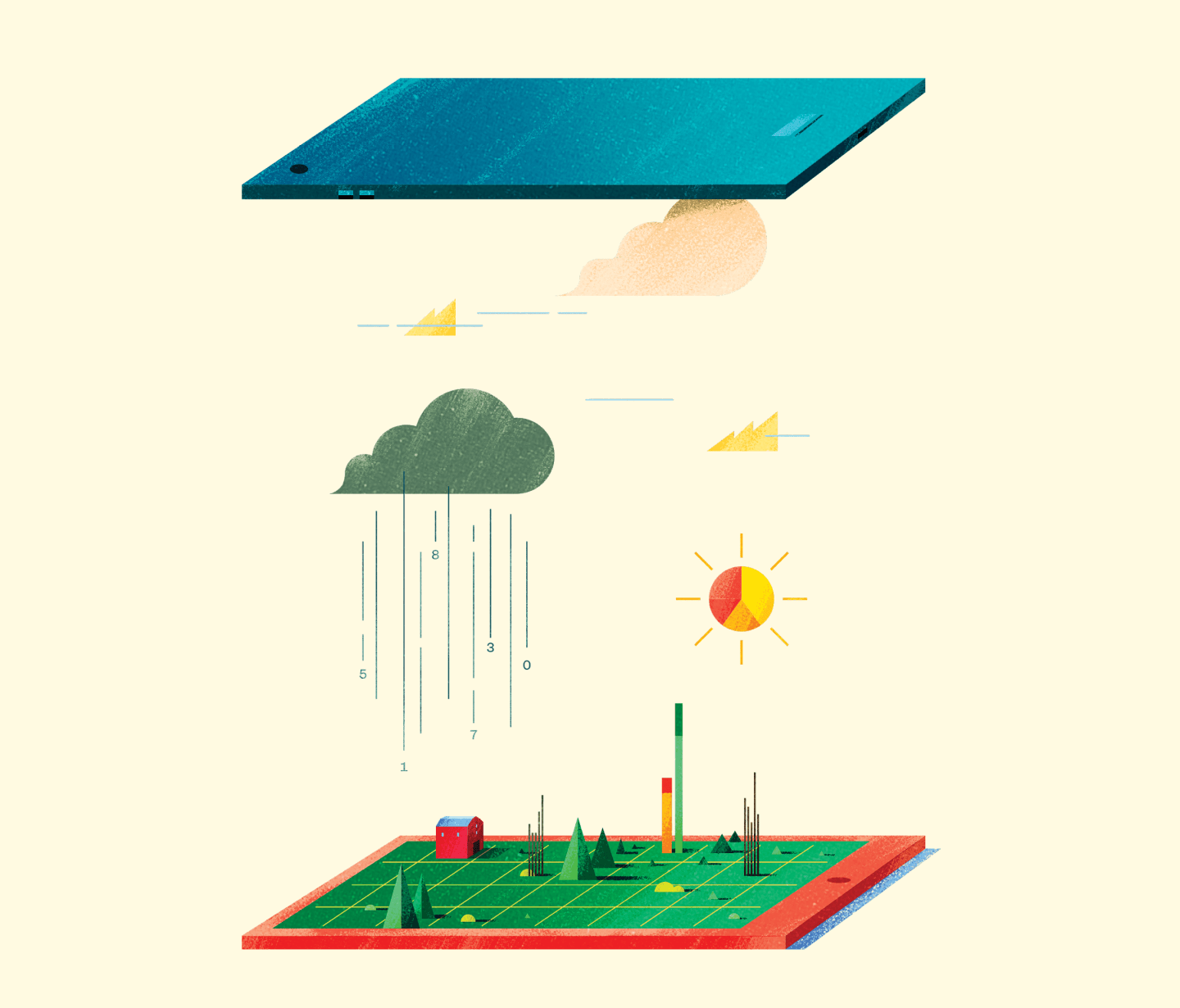 One might assume that farmers, toiling away in fields far beyond the bright lights of the big city, aren’t a tech-savvy bunch. One would be wrong. Farming is arguably among the most data-driven and efficiency-minded of professions—and, typically, the people who grow the nation’s food are hell-bent on ensuring they have the most up-to-date business intelligence available.

Their approach has been consistent for centuries—after all, agriculture is a 12,000-year-old enterprise. But what has changed more recently is how farmers go about it. Consider information sharing. In the old days, farmers might exchange intel by regularly chatting with neighboring farmers. (Okay, they still do.) Today many access aggregate data on demand, giving them a stronger sense of how everyone’s neighbors are doing. John Brown managed a late-season cutting of his hay field? Noted. Jane Smith found the lowest prices for turnip seeds? Got it.

The company promises farmers that they can boost their profits by tapping into a system that stores and shares data from thousands of farmers and millions of acres across the U.S. The repository, which is built on Amazon Web Services (AMZN), the retailer’s cloud-computing platform, pools and processes data—such as seed and chemical prices, field sizes, and crop yields—to give participating farmers a holistic look at how their operations stack up against the rest of the pack. It’s not a matter of competition, mind you—it’s a way for a farmer to make sure he or she isn’t getting a raw deal.

“The idea of doing this at this scale has not been possible before,” Baron says.

The system, which currently covers more than 2,500 farmers and 8 million acres, is also helping farmers shed light on the often murky world of pricing for seeds, chemicals, fertilizers, fungicides, pesticides, and other so-called inputs. Farmers often find themselves at the mercy of big seed and chemical vendors like Monsanto (MON) and DuPont (DD), Baron says, which set prices for goods that vary from one area to another.

For more on agritech, watch this Fortune video:

Corn seeds, for example, will probably be more expensive if they’re purchased from a location near an ethanol plant, says Daniel Sumner, a professor of agricultural and resource economics at the University of California at Davis. (Corn is a feedstock for this alcohol fuel.) Aggregated pricing information changes the buying equation.

“These are the kind of things farmers can take advantage of,” he says. “If they can get enough growers to share information, then they can add to the richness of this resource.”

Buying chemicals is even more difficult, says Jon Bunkers, a 40-year-old corn and soybean farmer in Chester, S.D. Getting access to cheaper generic chemicals, rather than expensive name-brand versions, “was kind of tough” before he began using services offered by Farmers Business Network.

“Even the things that weren’t generic, they were doing a darn good job of finding them for us,” he says.

Farmers Business Network is far from the only resource promising to give farmersmore buying power. Today many farmers buy goods through farm-supply cooperatives designed to help small growers band together to get better prices from suppliers. But if the cooperatives aren’t managed well, Sumner warns, farmers can get “eaten up by the inefficiency of the organization” and pay more than they should.

Bunkers says he was skeptical of Farmers Business Network at first. Farmers are frequently “bombarded by a lot of salesmen” hawking new agriculture technology. But he soon found himself pleased by the ability to buy cheaper inputs for his farm.

Bigger issues remain. Some farmers refuse to do business with “agronomic” companies like FBN because they don’t trust or understand how their data will be used, says Mary Kay Thatcher, a lobbyist for the American Farm Bureau Federation.

Baron says farmers in the Farmers Business Network each own their data, which are anonymized before they are used. He adds that farmers can terminate their accounts and take their data with them if they see fit. Monsanto and DuPont also operate data analytics services that promise similar benefits to farmers; a Monsanto spokesperson says
the data it collects through its Climate Corp. subsidiary belong “to the farmers themselves.” (DuPont declined to comment.)

Thatcher says such assurances are not enough. “Every company will tell you a farmer owns the data,” she says. What farmers have to realize is that they “no longer have the control” once they share their information with an outside company.

“You can’t take the sugar out of the cake,” she says.

And then there’s the matter of M&A. In the fast-growing category of ag-tech, startups are merged with or acquired on a regular basis. Would Farmers Business Network sell to a competitor like Monsanto, which paid about $1 billion to scoop up Climate Corp., founded by two former Google employees, in 2013?

No way, Baron says. FBN doesn’t want to hurt the trust that farmers place in the company. “We would categorically not let Monsanto buy us for farmer data,” he says.

In the meantime the startup has no problem raising funds to operate independently—$48 million to date. Gareth Asten of Acre Venture Partners, which led Farmers Business Network’s most recent round totaling $20 million, says there’s plenty of potential in a company that uses data to help farmers make better business decisions.

“I believe in the power of data,” says Asten, who also serves on the startup’s board. “Getting high-quality information in the hands of people who otherwise don’t have it is empowering.”

A version of this article appears in the September 1, 2016 issue of Fortune with the headline “Cloud Over the Fields.”