Martin Shkreli Has a Lot to Say About Mylan’s EpiPen 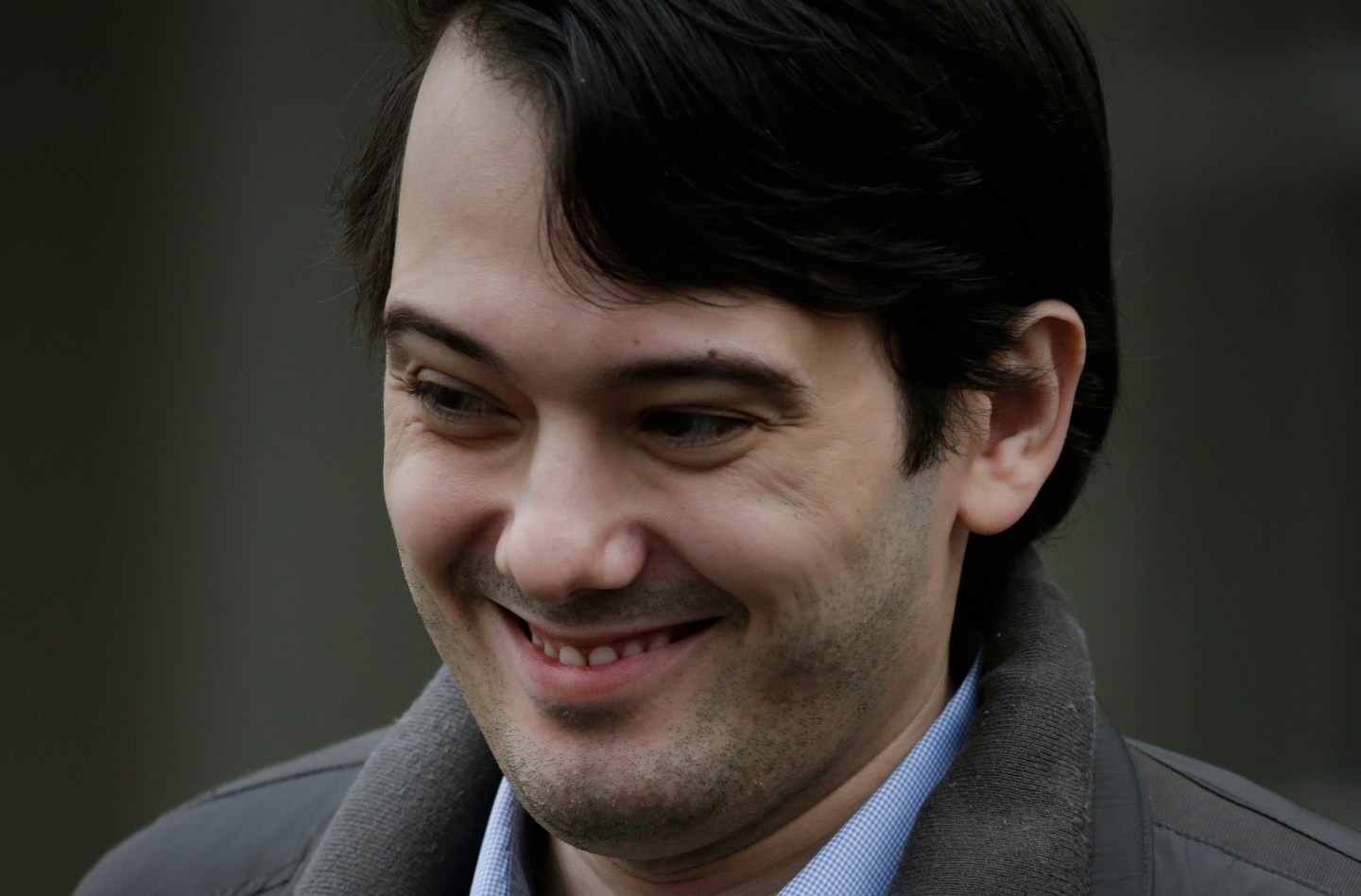 The problem with Martin Shkreli, the former biopharma executive who was indicted for securities fraud, is you can never tell when he’s being serious or just trolling lawmakers for whom he has shown clear disdain.

On Thursday, Shkreli sent out a series of Tweets to @OversightDems, the Twitter account for the Committee on Oversight and Government Reform, led by ranking member Rep. Elijah Cummings (D-Md.). He responded to a Tweet from that account slamming Mylan’s (MYL) controversial price hike for the severe allergic reaction-fighting EpiPen—a cost increase which Shkreli has said was actually too low. (Mylan has since pledged to boost its patient assistance and discount programs in the wake of tumbling share prices and sharp rebukes from politicians including Hillary Clinton).

Shkreli asked the Democrats if there was any chance he could “come through this time and actually testify,” to which the committee replied yes—but only if he was prepared to stop invoking the Fifth Amendment. During his own hearing related to drug prices in February, Shkreli consistently pleaded the Fifth on advice of counsel.

Shkreli seemed to imply he’s open to speaking out and offering his ideas on the matter.

I think we can work it out. I have a lot of insight and some potential solutions for these issues. https://t.co/SHBtcAchQZ

We haven't agreed on anything yet–I'll be in touch. -M https://t.co/Scu4r2ckJr

In the (probably unlikely) event that Shkreli is being serious, what might some of his “insight and potential solutions” look like? He may have already dropped us a hint on Wednesday. In the midst of defending Mylan’s price hike and arguing that the firm’s profit margin is far too low for a company that sells a life-saving drug, Shkreli offered the following:

If everyone wants a new system for free/cheap drugs, the government should start a generics company a la utilities. Problem solved.

Some Twitter users noted that the suggestion sounds highly unusual coming from a naked capitalism proponent like Shkreli. And in his reply, he once again melded potential seriousness with sarcasm and mockery. “Just generics,” he wrote. “So old medicines aren’t prone to shortages, price increases or other capitalism. We do it for water.”