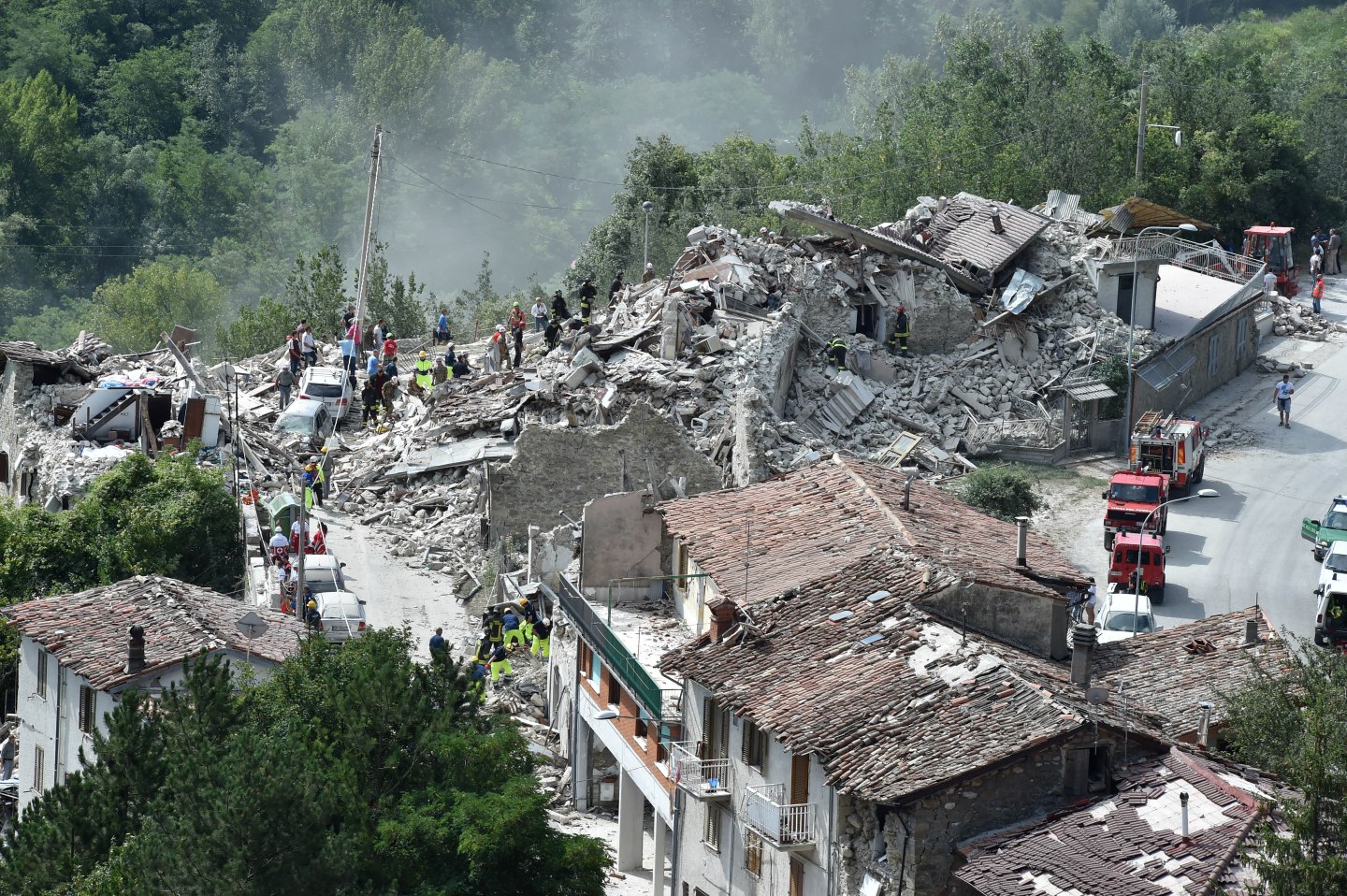 PESCARA DEL TRONTO, ITALY - AUGUST 24: A general view of Pescara del Tronto town destroyed by the earthquake on August 24, 2016 in Pescara del Tronto, Italy. Central Italy was struck by a powerful, 6.2-magnitude earthquake in the early hours, which has killed at least thirty seven people and devastated dozens of mountain villages. Numerous buildings have collapsed in communities close to the epicenter of the quake near the town of Norcia in the region of Umbria, witnesses have told Italian media, with an increase in the death toll highly likely (Photo by Giuseppe Bellini/Getty Images)
Giuseppe Bellini — Getty Images

After a severe 6.2-magnitude earthquake struck a mountainous region in central Italy early on Wednesday, the Italian Red Cross requested that citizens in the affected areas de-activate their Wi-Fi passwords to ease communications for rescue and recovery workers who are working to find people trapped in the rubble.

The initial quake hit at 3:36 a.m. local time in the Umbria region and was followed by a reported 200 aftershocks in the next few hours, including one 5.5-magnitude tremor about an hour after the first event, according to The New York Times.

The villages of Amatrice and Accumoli were reportedly hit hard, and the current death count stood at 73 at press time.

The Croce Rossa (the Italian Red Cross) took to its Twitter (TWTR) account to make this unusual request at a time when rescue workers were still struggling to reach remote towns and villages.

Facebook (FB) had already activated its “Safety Check” feature so that people in the stricken area can alert family and friends of their status—provided they have Internet or phone access.

Italy is no stranger to epic earthquakes. Three other major events have struck in various regions since 2002, according to this New York Times compilation.