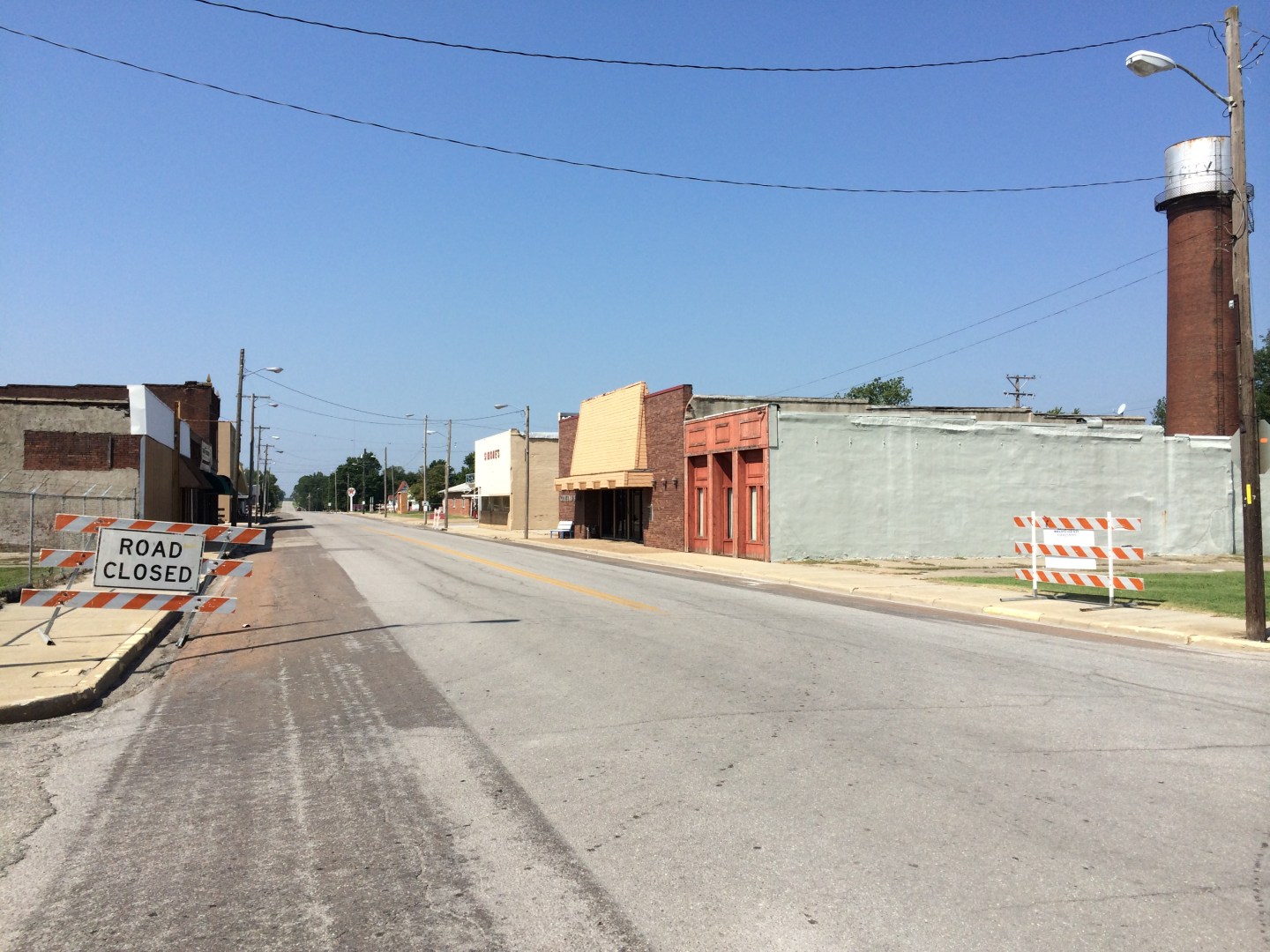 Few people have probably ever heard of Weir, Kansas: population 661, the place where the flyswatter was invented in 1906, and these days, a major hub for financial technology innovation.

That’s largely due to the efforts of Suresh Ramamurthi, an ex-Google engineer, and his wife Suchitra Padmanabhan, a former Wall Street banker turned fund manager in Topeka. Three years after moving to Kansas, the pair used their own savings to purchase the 124-year-old CBW Bank, Weir’s sole financial institution. It was 2008, the height of the financial crisis, and CBW — then called Citizens Bank of Weir — was under orders from the Federal Deposit Insurance Corp. (FDIC) to cease operations due to inadequate capital reserves, ballooning levels of bad loans, and internal fraud.

Not only did the couple get the bank back in operation by the following year, they transformed it into a place of real innovation. Over the last few years, the bank has become a secret weapon for other fintech companies, which rely on both its technology and status as a state-chartered bank to build their own businesses.

“Money only holds value if there is trust,” Ramamurthi says. “And if you want to make changes, you need to be within the banking system. You cannot be outside of the system.”

Fintech companies are somewhat unusual in that they offer new consumer products in a heavily regulated space. Rather than applying for a charter themselves, these startups often find it much easier to work with a bank that has passed regulatory muster and can already take insured customer deposits.

Ramamurthi, 48, who came to the U.S. by way of Bangalore and Chennai in the 1990s, says he learned CBW’s operations from the ground up: He worked as a teller, figured out how to evaluate the agricultural loans his bank makes to the area’s farmers, and, when it was necessary, took possession of collateral for delinquent loans.

When he turned his attention to the bank’s back office operations and technology platform, he came at it more from a Google mentality, a mindset he also thought customers expected.

“A millisecond after you hit the enter bar, you get an answer,” Ramaurthi says. “Banking is not like that.”

What he soon realized, however, was that like most banks, CBW’s operations were segmented into rigid silos, with various payment pipes such as debit, credit, and automated clearing house “super-glued” to accounts.

“Visibility was a problem,” Ramamurthi says. “All the payment channels were wagging the dog, and there was no sharing of information across the channels.”

At first he tapped the bank’s technology vendors to see if they could help him modernize the infrastructure, but he says he soon realized they couldn’t offer him the eagle-eyed view he wanted of customer accounts.

So he decided to build the the tech tools he needed himself, in the process launching a startup called Yantra Financial Technologies, which specializes in software that can be used with the retail banking payments infrastructure. And after several years, he built a next generation platform that essentially sits on top of the bank’s older architecture, that unglued customer bank accounts from segmented pay pipes. That in turn makes activity within the account more transparent, and enables CBW to gather real-time information on transactions.

Throughout this process, Ramamurthi says he also realized that banking compliance—meaning the bank’s adherence to the slate of regulations including knowing your customer, monitoring for suspicious financial activity, and other risks—differs depending on whether it’s for online banking, the apps, or even branches. So, Ramamurthi also went to school to train as a compliance officer.

“I wanted to face examiners and find out what they were asking,” Ramamurthi says. “How do we build a system where many questions can be automatically answered?”

Together Yantra and CBW, which have 35 and 25 employees respectively, offer a faster, more modern technology backbone that fintech startups can use to launch their own products, assuring regulators that their products are fully compliant.

“What Suresh has done is taken a bank with legacy technology and systematically rebuilt the technology stack to something that elevates modern technology concepts,” says Julie Conroy, research director for Aite Group, a bank technology consulting company. Those concepts include faster processing capabilities, machine learning, and other capabilities more typical of a Google than the traditional consumer banking world.

Omney is one of the first fintech payments companies that worked with CBW and Yantra to develop an instant payment solution in 2012. The companies collaborated to create a system that essentially reverses the debit card process, whereby money is typically deducted from consumer accounts in near-real time, to make real-time payments instead.

“We went to CBW to see if they would work with us to get the debit networks lined up for us so we could push payments through,” says Rodney Robinson, co-founder and president of Omney, based in Mountain View, California. “It was a new technology, and it was not proven, and CBW helped us to innovate; other banks were not willing to do this.”

Today, Omney provides instant payment capabilities to large enterprise clients. Two customers are Google, which uses the technology for its wallet, and Warren Buffett’s Berkshire Hathaway, which uses it to pay some of its travel insurance claims, Robinson says. Mastercard purchased Omney in 2014 for an undisclosed sum.

Similarly, Moven, a mobile banking app that lets consumers do all of their banking remotely, pulls together a lot of functions that consumers typically need from a bank, including making deposits and withdrawing money, using credit or debit cards for payments, and account monitoring. But it would have been a multi-year challenge to get a bank charter and actually become a financial institution. Instead, it decided to partner with CBW around 2012.

Related: Hackers Are Now Breaking Into Your Purchase Orders

“Fintech can’t be two kids in a garage who decide to launch a bank,” says Alex Sion, Moven’s president. “You have to operate in this ecosystem, and you need to find a bank partner.”

CBW’s strategy of working with startups appears to be paying off. Today, the bank has assets of $20 million, compared to assets of $7 million at the end of 2009. What’s more, it has non-interest income, including fees from the various services it offers to startups, of nearly $2 million, according to its July call report filed with the Federal Financial Institutions Examination Council, up from $5,000 for all of 2009.

“We have not expanded our loan business market, but the payment business is global,” Ramamurthi says.

And the global side of the business is likely to increase. Ramamurthi is currently testing an application program interface (API) store with some 500 APIs that he says will let any startup, or traditional bank for that matter, build a digital bank within six months, as opposed to up to two years, which is the time it takes now. Approximately 22 companies are currently testing those applications in beta, Ramamurthi says.

And that’s only the beginning.