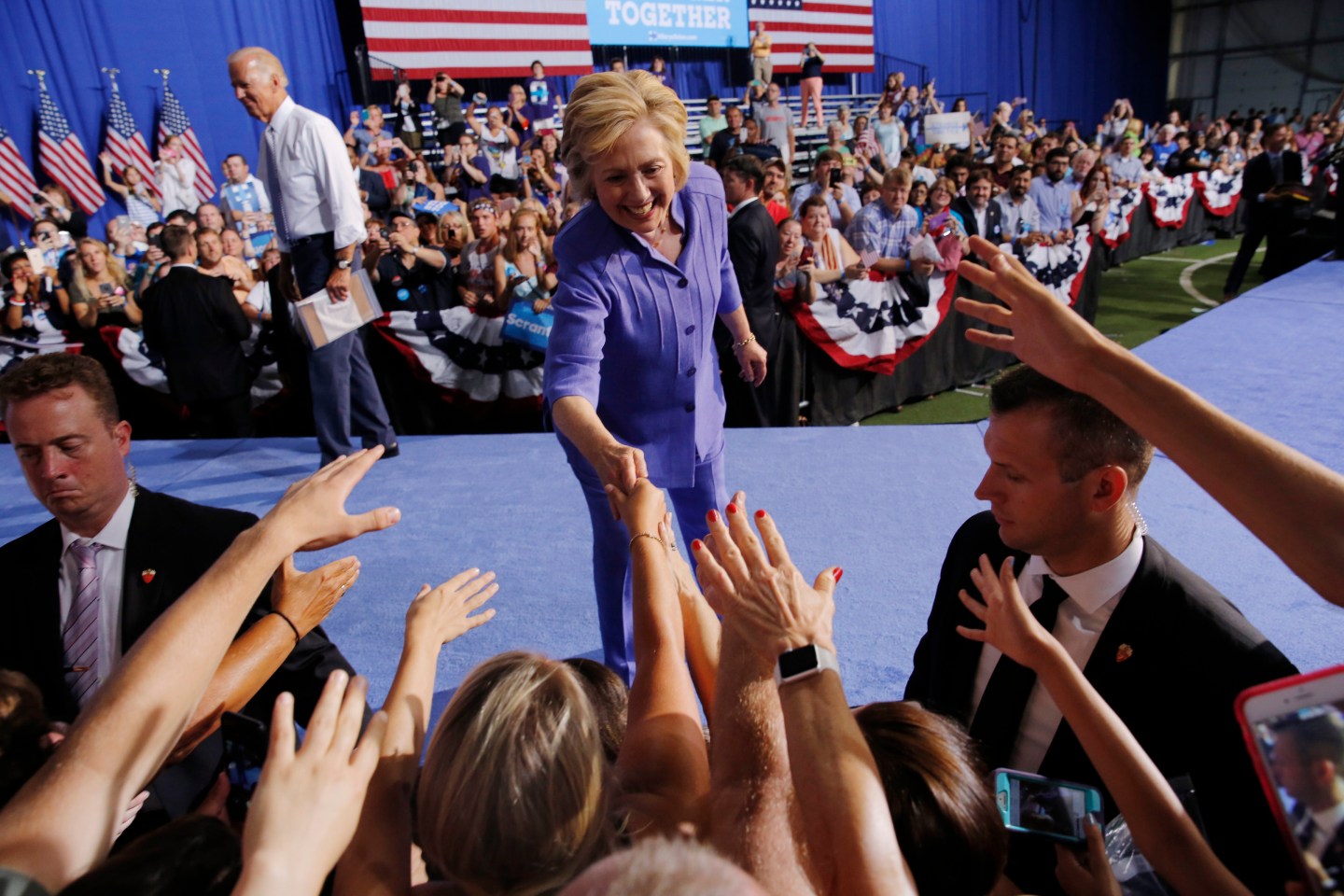 Apple doesn’t have a corporate political action committee that gives to federal candidates, so Cook has acted as the company’s ambassador to leading politicians. He held a fundraiser for House Speaker Paul Ryan, a Republican, in June co-hosted by Apple treasurer Gary Wipfler.

Cook will be joined at the Clinton event by Apple’s vice president of environmental policy and social initiatives, Lisa Jackson. One of the highest ranking female executives at Apple, Jackson ran the Environmental Protection Agency from 2009 to 2013.

Tickets to attend will cost donors from $2,700 to $50,000, according to Buzzfeed. The event was first reported last month.

Clinton is on a major California fundraising swing this week. She appeared at events at the homes of former Lakers star Ervin “Magic” Johnson and pop singer Justin Timberlake in Los Angeles on Tuesday. The Timberlake event also featured appearances by actors Tobey Maguire, Jennifer Aniston, and Jamie Foxx.

Despite Cook’s recent political activism, he is unlikely to host an event for Republican Presidential nominee Donald Trump, who called for a boycott of Apple products back in February. Trump’s positions on immigration, gay marriage, encryption, and other issues runs afoul of Cook’s views, as well. Apple (AAPL) also decided not to sponsor or fund the Republican National Convention in Cleveland this year.

The tech industry, in general, has favored Clinton over Trump with its donations. Trump received a total of just $117,000 in donations from the entire tech sector, compared with $3.3 million given to the former Secretary of State, according to research by Crowdpac.