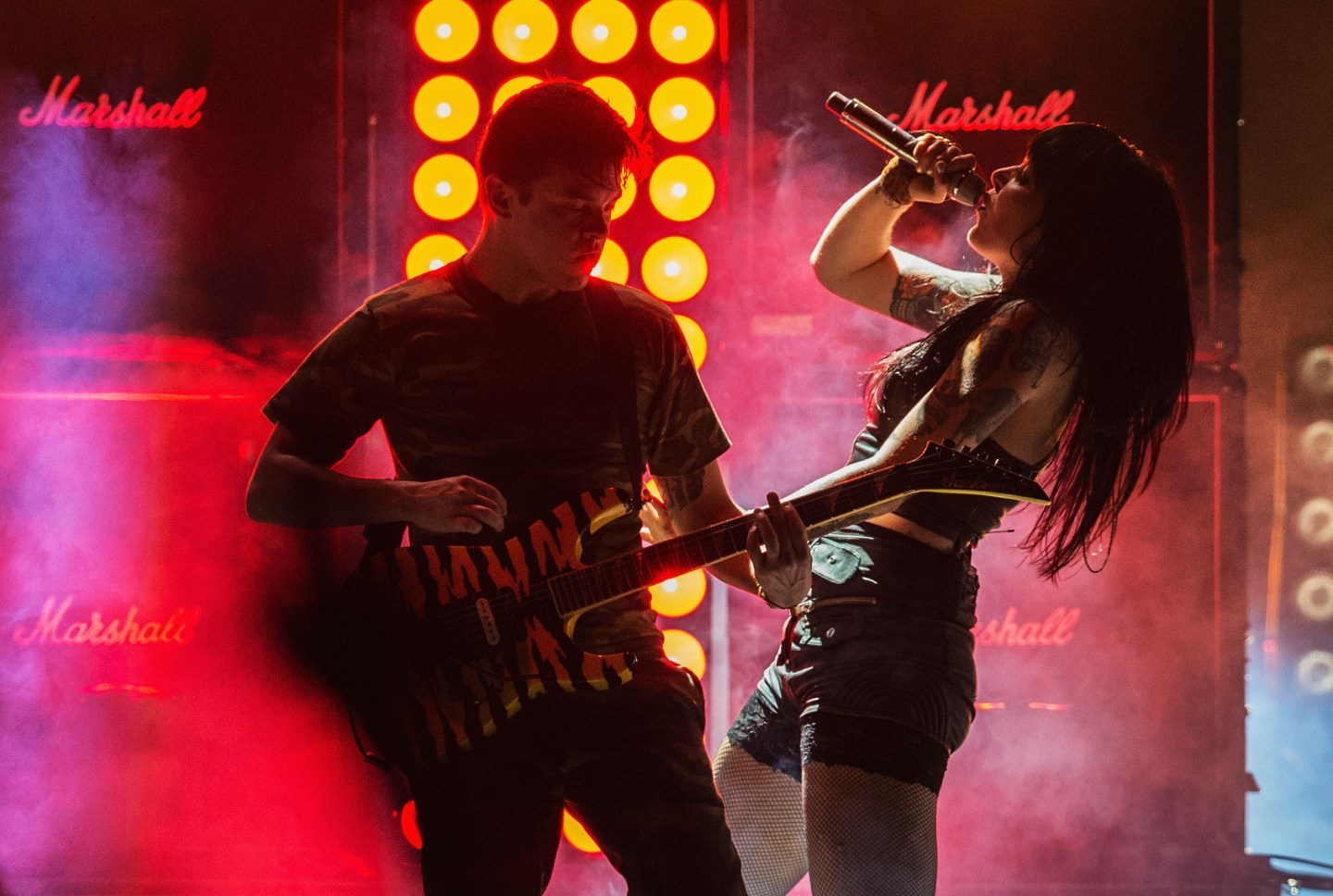 The indie duo Sleigh Bells have taken their sampling allegations against Demi Lovato to court.

Miller and Krauss first accused Lovato of infringement via social media last November, shortly after “Stars” appeared as a bonus track on her album Confident. At the time, Lovato’s production team denied using any samples in the song.

Listen to the two songs below.

According to the lawsuit, “A comparison of the two songs reveals that, at the very least, the combination of the hand claps and bass drum, structured as 3 quarter beats and a rest, with the bass drum providing a counter-rhythm to the hand claps, is at least substantially similar in both works. This infringing material repeats throughout the Defendants’ song.”

The suit also alleges that the “sonic qualities of portions of ‘Infinity Guitars’ and ‘Stars’ are at least substantially similar,” including the “signal decay and other sonic signatures.” Taken together, the similarities “transcend the realm of coincidence or shared generic material,” the suit says.