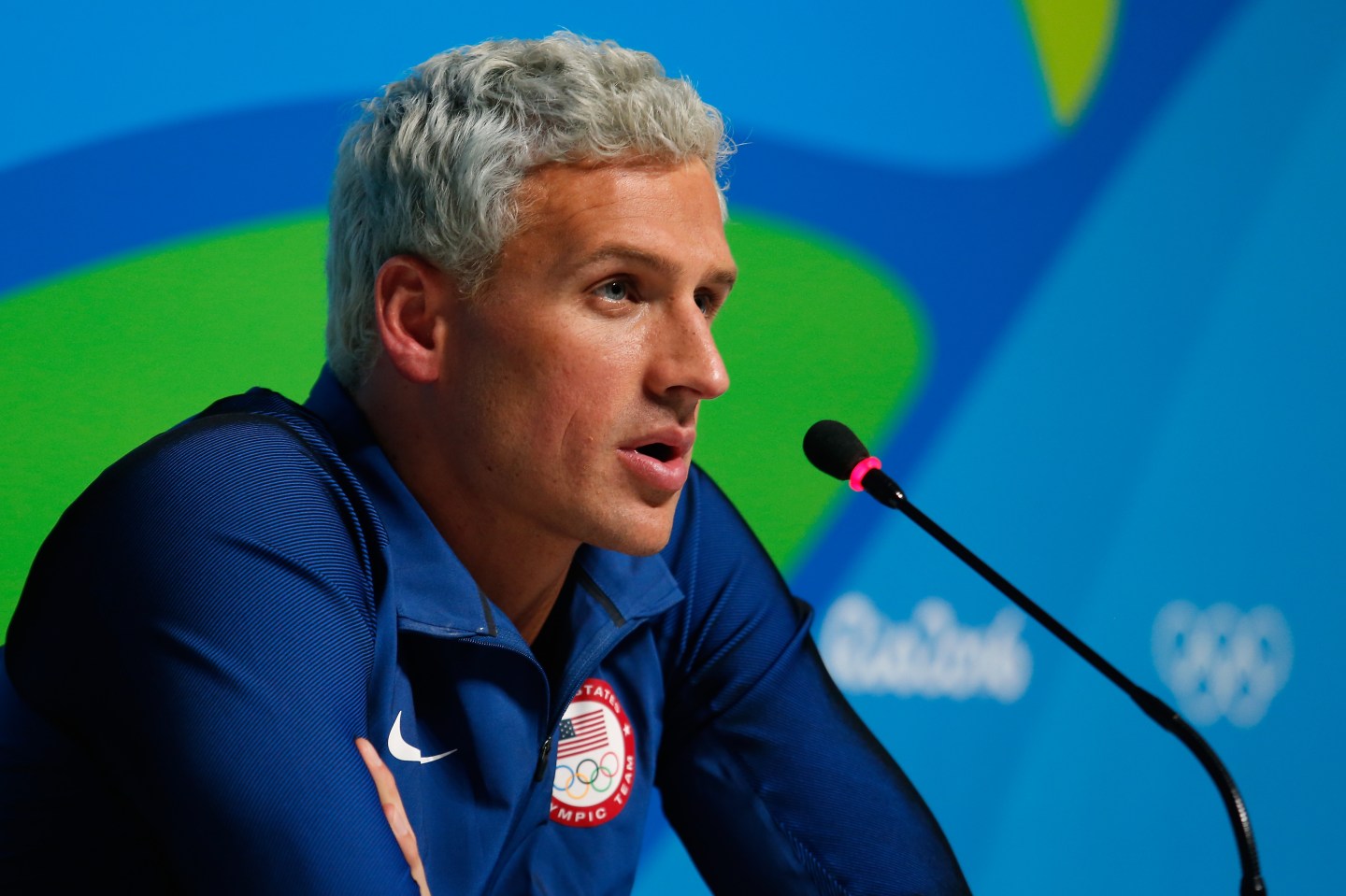 U.S. Olympic swimmer Ryan Lochte lost all four of his major sponsors on Monday, including Speedo USA and Ralph Lauren (RL) , following his apology for an “exaggerated” story about being robbed at gunpoint at the Rio Games.

The U.S. Olympic Committee issued an apology on Thursday, and Lochte, a 12-time Olympic medalist, made his own apology on Saturday in an interview with Brazil’s largest broadcaster, Globo TV.

See also: Lessons From Olympic Athletes Who Went On to Wall Street

“I wasn’t lying to a certain extent,” he said. “I over-exaggerated what was happening to me.”

Within hours of the Games coming to a close on Sunday night, swimwear maker Speedo USA issued a statement saying it would drop Lochte as one of its endorsers, while luxury retailer Ralph Lauren said it would not be renewing its contract with the swimmer.

Hair removal company Syneron Candela also ended its partnership with Lochte, four months after naming him its global brand ambassador for one of its products.

Japanese mattress maker Airweave, which last week had said it would stand by Lochte, on Monday said it had decided it would not renew the endorsement, which had been made for the Rio 2016 Olympic games.

Sponsorship and endorsement deals typically include “morals clauses” that allow sponsors to terminate deals early if they feel the athlete has behaved poorly in public.

Nottingham, UK-based Speedo’s U.S. unit said on Monday it would donate $50,000 of Lochte’s fee to Save The Children, a global charity partner of Speedo.

Lochte said in an email that he respected Speedo’s decision.

“I was immature and I made a stupid mistake. I’m human. I made a mistake and I definitely learned from this,” Lochte said in an interview on the Today show.

“They (the people of Rio) put on a great Games… And my immature, intoxicated behavior tarnished that a little,” Lochte said.

Ralph Lauren had taken down references to the gold medalist from its website last week, and on Monday it said it would not renew the Olympic-specific deal, which featured Lochte and other Olympic athletes wearing Ralph Lauren-branded Olympic merchandise.

See also: Why Trump’s and Clinton’s Promises to Revive Manufacturing Are Cruel

For more on the Olympics, watch Fortune’s video:

“We are transitioning out all Olympic visual as the games ended yesterday, and we are moving into our fall fashion message,” Macy’s spokeswoman Holly Thomas said in an e-mail.

Lochte, 32, won one gold medal at the Rio Olympics. He was the breakout star of the 2012 London Olympics, landing a short-lived reality TV series called “What Would Ryan Lochte Do?” and appearing, as himself, on top shows such as “30 Rock” and “90210.”