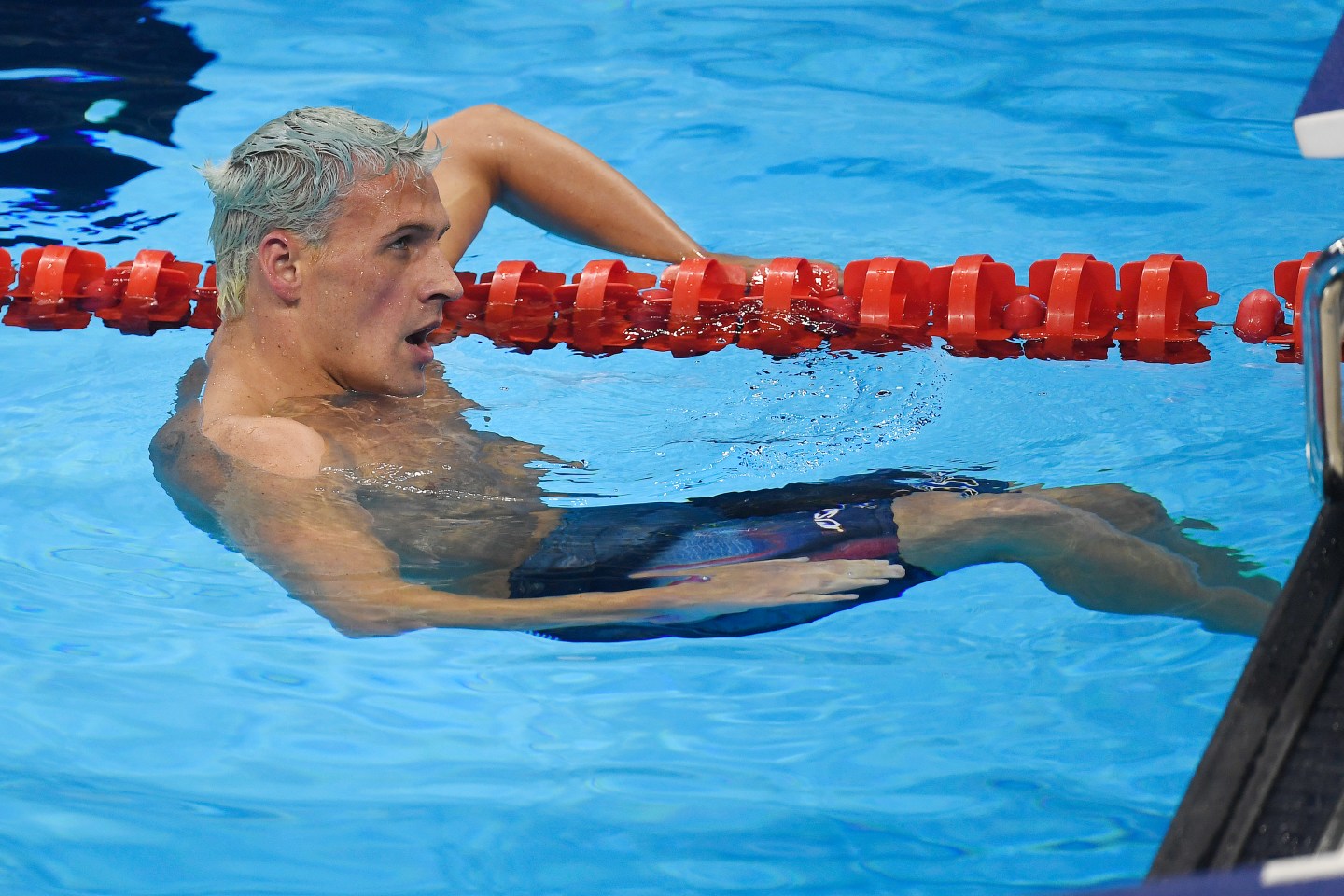 Ryan Lochte’s drunken mistake in Rio has seriously taken a toll on the Olympic swimmer’s sponsorships.

Speedo USA released a statement on Monday announcing that it has ended its endorsement deal with Lochte. This comes after the 32-year-old athlete, along with two of his teammates, lied about being held up at gunpoint by men dressed like police in Brazil. Lochte has since apologized, but Speedo maintains that it “cannot condone behavior that is counter to the values this brand has long stood for.”

The official response regarding our sponsorship of Ryan Lochte. pic.twitter.com/0DdP2RyceD

Ralph Lauren, another Lochte sponsor, removed all references to the swimmer from its website over the weekend. The brand told Fortune in a statement that its “endorsement agreement with Ryan Lochte was specifically in support of the Rio 2016 Olympic Games and the company will not be renewing his contract,” though it will continue to support the U.S. Olympic and Paralympic Team. Laser hair removal company Syneron Candela has also confirmed to Fortune that it has cut ties with the Olympic medalist.

Fortune reported that Lochte’s fellow swimmers, 20-year-old Gunnar Bentz and 21-year-old Jack Conger, are too early in their career to have signed any major endorsement deals, and it’s possible that this scandal could hamper future opportunities.

“It’s relatively hard for any swimmer to break out and to attract sponsors, but if you couple it with how they all corroborated a fabricated story, it’s a black eye,” Matt Delzell at The Marketing Arm, a part of the Omnicom Group agency that advises brands on sports endorsements, told Reuters at the time.

In its statement, Speedo USA said that it would be donating a $50,000 portion of Lochte’s fee to Save The Children—a global non-profit that promotes children’s rights and provides relief and support for children in developing countries in the form of education, health care, economic opportunities, and emergency aid during natural disasters and war.