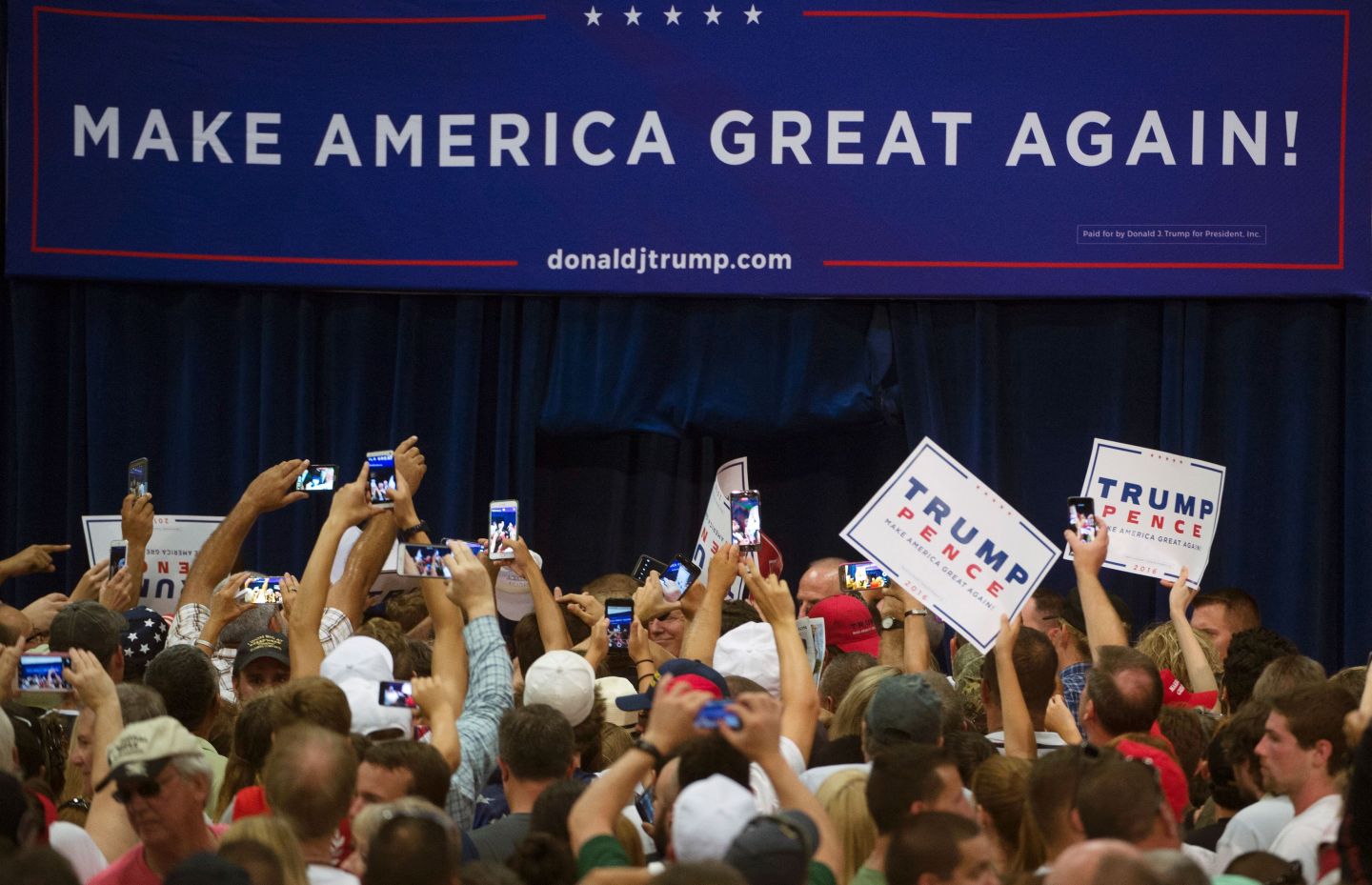 An examination of the social media accounts of more than 50 people currently or previously employed with Donald Trump’s presidential campaign has uncovered some disturbing posts suggesting racist and religious discrimination, The Associated Press reported.

The AP announced its findings on Monday, adding that it surveyed the online profiles of former and current campaign staffers because of the possibility of “paid staff of winning presidential candidates” receiving jobs in the next administration.

The news organization also reviewed the accounts of “more than three dozen employees” of Hillary Clinton’s campaign, it said, “and found nothing as inflammatory.”

Only one Clinton staffer appeared to say anything nearly as provocative, which was that Trump’s public speaking style “reminded him of a roommate who had taken too many hallucinogenic mushrooms,” according to the AP. He was not identified in the report.

When it came to staffers associated with the Trump campaign, however, the news organization reported:

Most come across as dedicated, enthusiastic partisans, but at least seven expressed views that were overtly racially charged, supportive of violent actions, or broadly hostile to Muslims.

A graphic designer for Trump’s advance team approvingly posted video of a black man eating fried chicken and criticizing fellow blacks for ignorance, irresponsibility, and having too many children.

A Trump field organizer in Virginia declared that Muslims were seeking to impose Sharia law in America and that ‘those who understand Islam for what it is are gearing up for the fight.’

In it, the man reportedly asks other African-Americans, “Why are you mad about slavery? Y’all weren’t no damn slaves.”

Subscribe to raceAhead, Fortune’s newsletter on culture and diversity in corporate America.

She also on June 13 shared a picture stating, “We need Islam control, not gun control.”

The AP pointed out that its findings comprise “only a minority of Trump staffers,” and did not include social media posts from top campaign officials.

But it comes at a time when Trump appears to be reaching out more directly to minority voters. On Saturday, the GOP nominee met with a team of Hispanic community leaders in New York who are serving on his newly formed Hispanic advisory board, according to Fox News. And last week, he addressed African-American communities, asking, “What do you have to lose by trying something new like Trump?”

Trump’s campaign did not respond to the AP’s month-long requests for comment on the story, the report said.