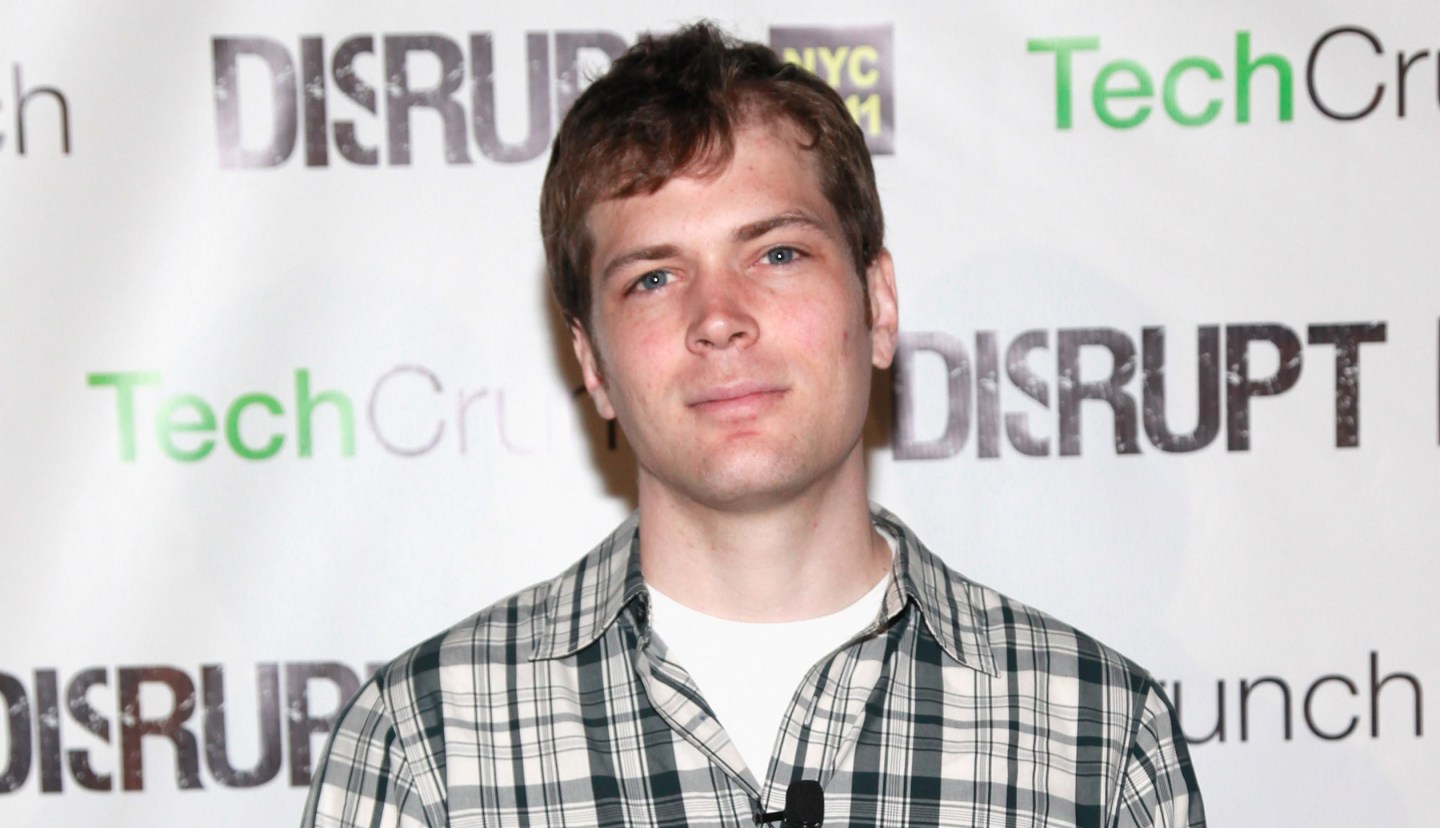 “I felt like an old person going back to college to finish their degree,” said Charlie Cheever as he stood in the hall of the Computer History Museum in Mountain View, Calif. while 500 investors were packed inside the auditorium a few yards away.

Cheever, who is tall with light-colored hair and thin-rimmed glasses, is sporting a red hoodie—the classic “entrepreneur” attire these days. On Tuesday, the summer class of Y Combinator’s startup accelerator program kicked off a two-day marathon of pitches in front of a small crowd of select investors and journalists. But despite the day’s commotion and excitement, Cheever is quiet and politely chatting with attendees.

That’s because he’s sort of a veteran—both as a startup founder and of Silicon Valley in general. Cheever was an early engineering manager at Facebook (FB), eventually helping the company debut its platform for outside developers.

Cheever then went on to co-found Quora, a question-and-answer service. But he left the latter in 2012 and has since kept a low profile, mostly investing in a few startups like Zenefits, Opendoor, and URX— “mostly people I just know,” as he says. So far, that strategy has worked out pretty well, he adds.

That is, until now.

On Tuesday, Cheever was in Mountain View because his one-year-old startup—or rather “project,” as he describes it—was part of Y Combinator’s latest class of nascent companies. Exponent, as it’s called, is a sort of translation machine for mobile app code. In short, it will translate an application written in Javascript, a popular Web programming language developed by Mozilla, into native iOS and Android code, removing the need to manually program it for each mobile operating system. It uses React Native, an open source library of Javascript tools maintained by Facebook and Instagram’s engineers.

Unlike most startups graduating from Y Combinator’s program, Exponent doesn’t need to raise any money, according to Cheever. In fact, even his experience through the three-month program was a bit different from those of his peers. Though some of the other startups in the same class were further along than Exponent or the founders had previously tackled challenges Cheever hadn’t, he wasn’t exactly a newbie to the startup game.

Yet, Cheever is humble. “In some ways it was probably like anyone else’s, it gives you a sense of urgency, a kick in the butt,” he says, adding that he didn’t feel like he knew more than everyone else.

Ironically, he’s not the first Quora founder to participate in Y Combinator’s program. In 2014, Quora itself said it was joining that summer’s class, though its intentions were hard to discern. Unlike other young startups typically accepted in the program, Quora was five years old, and had already raised $141 million in funding—it hardly needed to learn how to build a tech startup or navigate Silicon Valley’s investor scene.

At the time, some speculated that Quora wanted to tap into Y Combinator’s strong network and talent pool, while others thought it wanted a three-month kick in the butt to focus and seriously start working on turning its service into a revenue-generating business.

“I wasn’t involved in that,” says Cheever. “So I can’t comment on that.”

Over the last two years, Quora has remained largely quiet. It recently added Spanish as its second language, and began experiment with advertising a few months ago. Longtime head of business development Marc Bodnick left in May, with finance vice president Steven Trieu departing the following month.

As for his own motives for joining Y Combinator, Cheever is straightforward: customer acquisition.

“We’re building this thing that we want to be this popular way that people make mobile apps,” he says, adding that Y Combinator’s startups and alumni build so many apps that it’s an undeniable network for his team to plug into. Hopefully, many fellow Y Combinator startups will use Exponent’s tools.

For now, Cheever says he just wants to keep working on Exponent with his six teammates and see where it goes. Ideally, he would like it to remain independent but he’s not focused on the future yet.