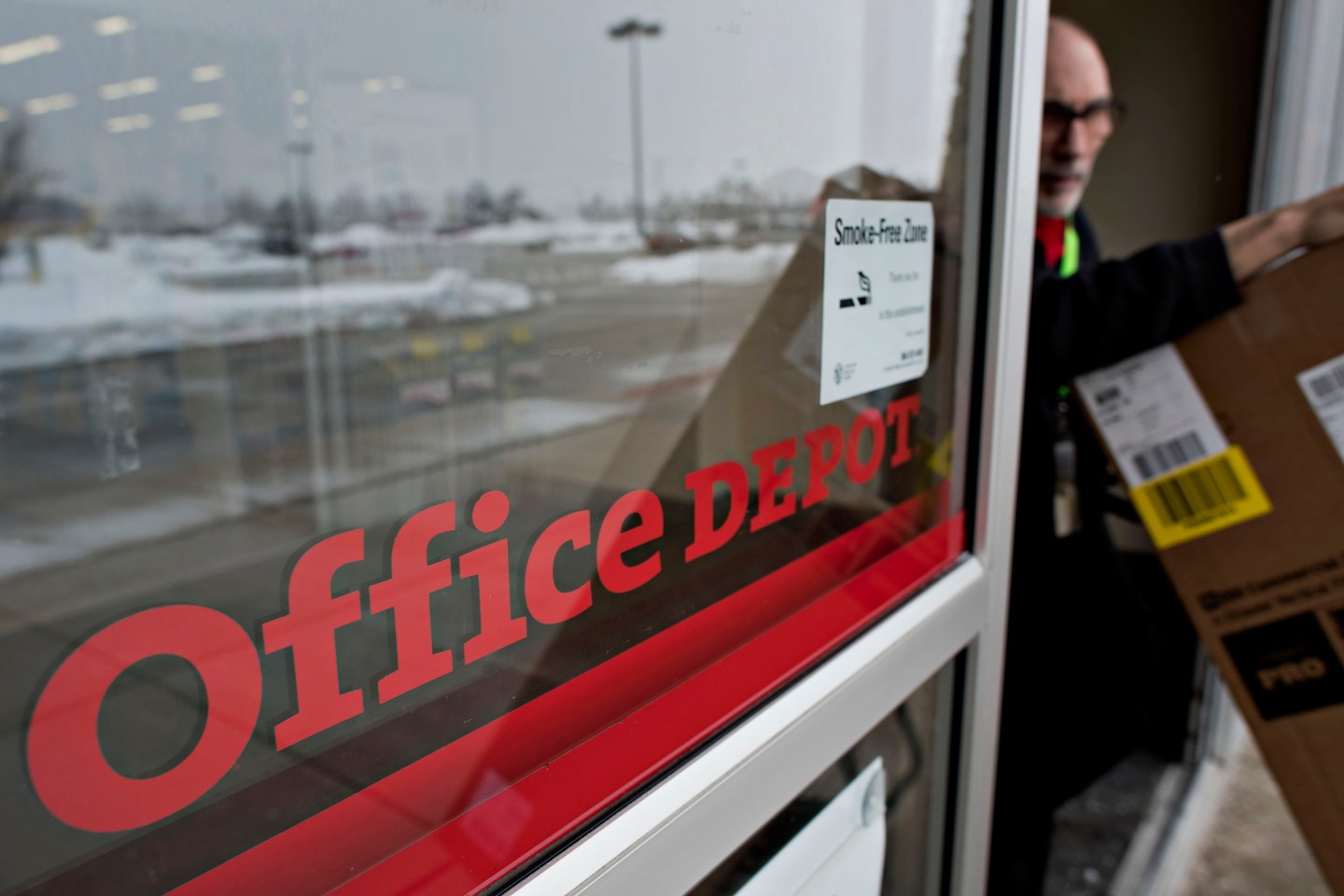 An employee wheels a customer's filing cabinet on a hand truck outside an Office Depot Inc. store in Frankfort, Illinois, U.S., on Wednesday, Feb. 4, 2015. Staples Inc. plans to buy Office Depot Inc. for about $6.3 billion, forging a deal that will reduce the U.S. office-supply industry to a single major chain and test the limits of antitrust regulators.
Photograph by Daniel Acker — Bloomberg via Getty Images

The company also said it would consolidate its retail, contract, e-commerce, and marketing operations under a newly created role of chief operating officer, North America.

Office Depot said 62-year-old Smith, appointed to the top job in November 2013, would continue until a replacement was found.

The company said it expected to name a new CEO by the end of the first quarter of 2017.

The office supplies retailer has been struggling with seven quarters of falling sales amid strong competition from online giant Amazon (AMZN).

Office Depot said earlier this month it would shut 300 more stores in the next three years in addition to the 400 stores it had already closed.

The company’s planned merger with Staples was thwarted by antitrust regulators in May.