Here’s What Your Instagram Feed Says About Your Mental Health 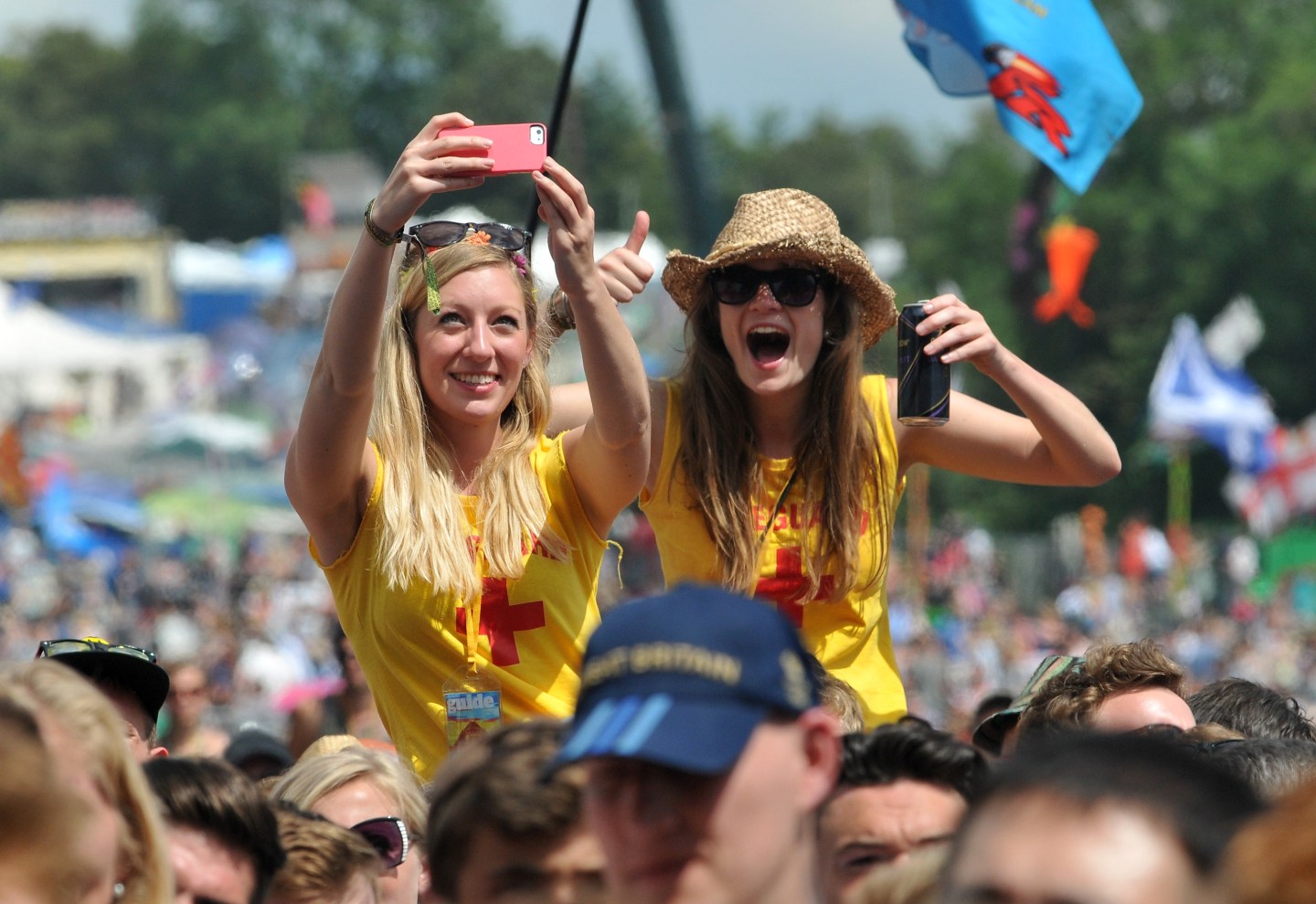 GLASTONBURY, ENGLAND - JUNE 29: Two girls in the crowd take a selfie as they watch The 1975 perform on the Pyramid stage during day three of the Glastonbury Festival at Worthy Farm in Pilton on June 29, 2014 in Glastonbury, England. Tickets to the event, which is now in its 44th year, sold out in minutes even before any of the headline acts had been confirmed. The festival, which started in 1970 when several hundred hippies paid ?1, now attracts more than 175,000 people. (Photo by Jim Dyson/Getty Images)
Photo by Jim Dyson—Getty Images

Instagram can be a good indicator of a person’s mental health.

At least that’s what two researchers, Harvard University’s Andrew Reece and the University of Vermont’s Chris Danforth, have written in a recent report. The study was based on 166 volunteers who were recruited from Amazon Mechanical Turk, where you can make money by completing “Human Intelligence Tasks,” and it looked at their entire Instagram histories, which came out to about 43,950 photos.

Participants’ levels of depression were determined using a standardized clinical depression survey. They were then asked about their social media habits and history of depression diagnosis. The researchers then analyzed their Instagram photos by looking at colors, brightness, and faces.

Those who were depressed tended to post photos with increased hue, decreased brightness, and decreased color saturation. Overall, their photos were “bluer, grayer, and darker.” They also tended to post more frequently and use more Instagram filters, the most popular one for depressed participants being Inkwell, which turns a photo black and white. The most popular filter for volunteers who weren’t depressed was Valencia.

The depressed participants were more likely to post photos that include faces, but their pictures tended to have fewer faces than Instagram users who weren’t depressed. Reece and Danforth write that this could be an indiction that depressed people generally have smaller social circles.

The study also asked participants to rank others’ photos based on four subjective elements: happiness, sadness, likability, and “interestingness.” The latter two didn’t appear to be significant indicators of depression and, predictably, depressed participants’ photos were ranked higher on the “sadness” scale.

“These findings suggest new avenues for early screening and detection of mental illness,” Reece and Danforth write, though they don’t elaborate on exactly how that would be implemented. Reece added in an email to Fortune that this is “just a first step, and a lot of work needs to be done before we can get to the point where an algorithm can reliably augment professional diagnostic decision-making.”

It’s notable that this study was posted to arXiv, Cornell University’s open access website that lets researchers publish findings before they appear in a formal publication. Reece told Fortune that the study has been submitted for publication and it is currently undergoing peer review. He added that feedback from both fellow researchers and medical professionals has been “generally positive.”