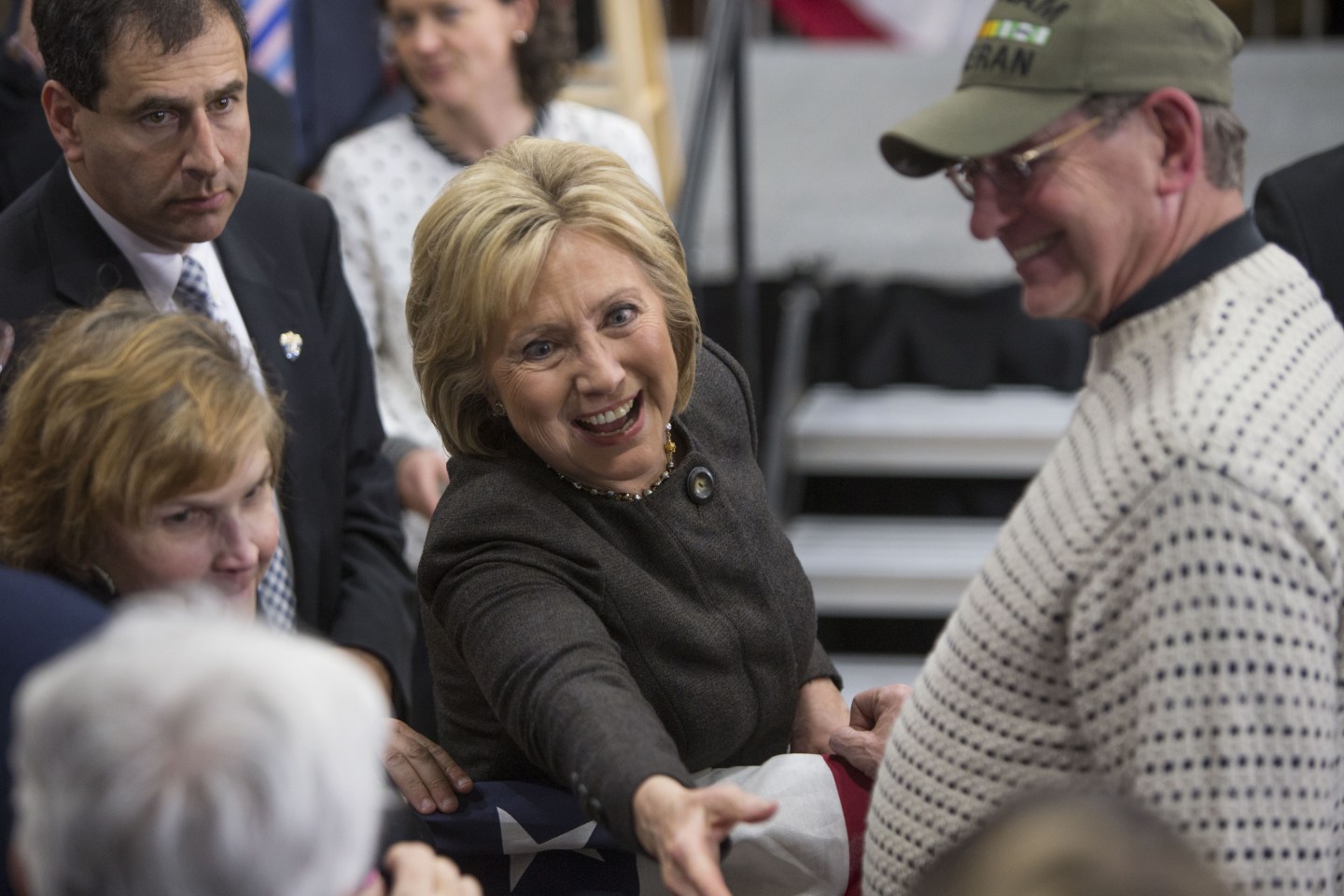 Hillary Clinton’s Democratic presidential campaign ended last month with more cash on hand than that of Republican nominee Donald Trump, according to reports.

Monthly finance reports filed on Saturday showed that the former secretary of state’s campaign pulled in $63 million in July, while Trump’s campaign raised $36.7 million, according to The Wall Street Journal.

But it is the strongest month of the New York billionaire’s campaign, according to NPR. $2 million was from Trump himself in a contribution-matching program.

Clinton’s campaign is officially halfway to its goal of raising $1 billion, her financial director told staff last week, according to The Associated Press. The team has been remarkably quiet about its lofty fundraising goals, in light of this season’s overwhelming voter resentment toward Wall Street and the political elite.

Helping push Clinton’s strong numbers are two joint accounts with the Democratic Party and her super PAC, Priorities USA, which brought in $26 million and $11.9 million respectively, according to reports.

Trump’s main super PAC, Rebuilding America Now, was not scheduled to file numbers this weekend, CNN reported, but its main strategist days ago apparently indicated a successful funding round of at least $10 million.

Another super PAC for the real estate magnate, Great America, has raised about $2.4 million in August so far, according to the network.

Expenditures by the candidates’ campaigns, however, show Clinton spending $16 million more than Trump in July–with her at $34.5 million and him at $18.5 million.

The Democratic nominee is known for having built a heavy groundwork across the country, keeping a staff “of about 700 for months,” according to the AP. Trump, on the other hand, has managed a much leaner operation of about 70 employees.