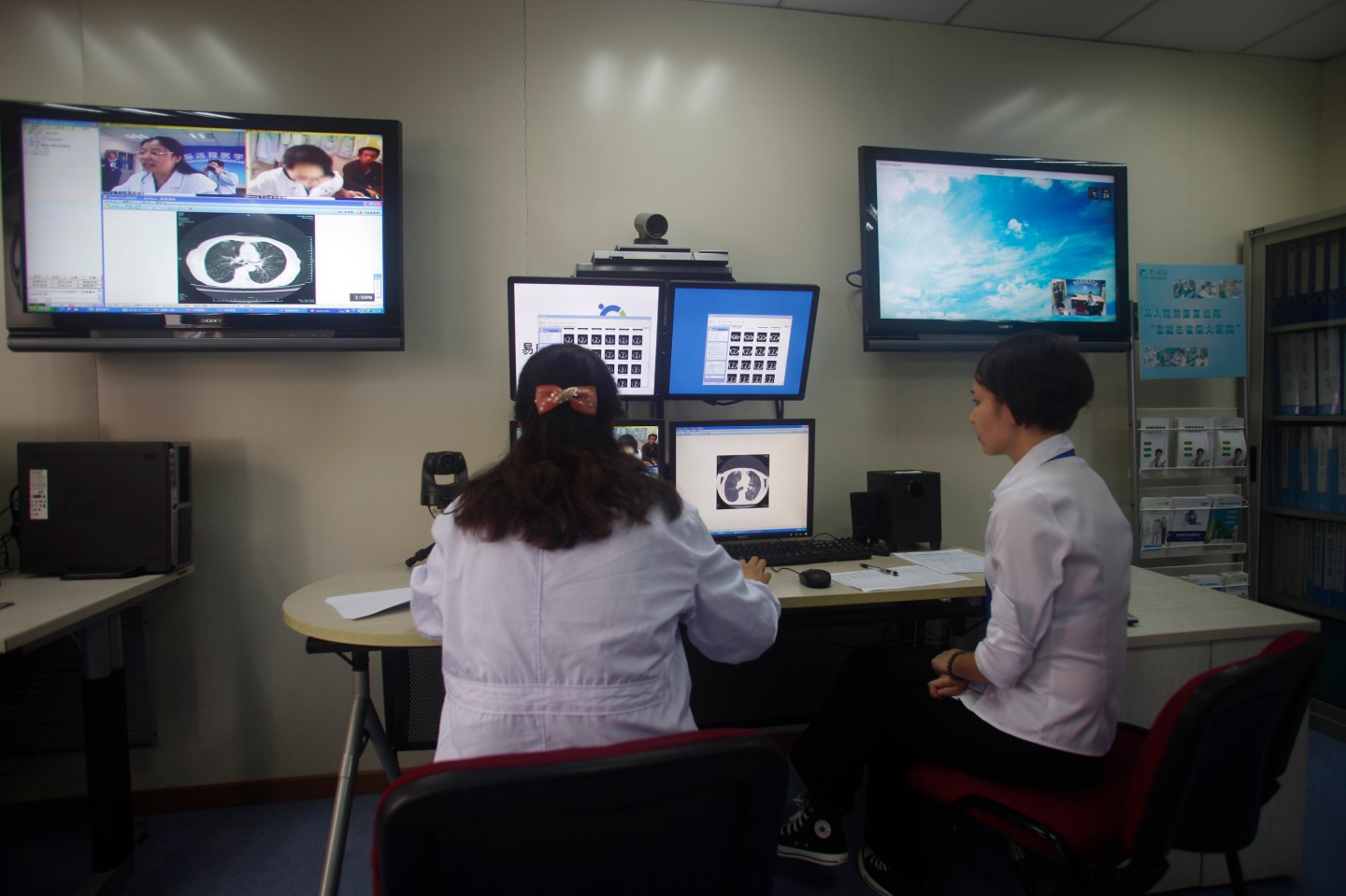 Doctors diagnose a patient remotely at the First Hospital of Zhejiang Province in Hangzhou, Zhejiang province, September 24, 2014. Technology is playing a growing role as Beijing overhauls a healthcare management sector blighted by chaotic patient data, underfunded rural health centres, overburdened city hospitals and a nationwide shortage of doctors. Government-supported programs are looking to leverage specialised software and communication equipment to get the most out of in-demand doctors and specialists at leading hospitals. China's healthcare management sector is growing at close to 40 percent a year and will hit $38 billion in the next five years, according to local consultancy Raisewin International. Picture taken September 24, 2014. To match CHINA-HEALTHCARE/DIGITAL. REUTERS/Adam Jourdan (CHINA - Tags: HEALTH SCIENCE TECHNOLOGY) - RTR4A7C5
Photograph by Reuters

China’s healthcare system is overly reliant on large, over-burdened hospitals, which will struggle to cope with a spike in diseases linked to the fast-ageing population, the World Health Organization said on Saturday.

“As China’s health challenges … continue to mount, with an aging population, so too will the demands on the country’s health system, along with the costs,” WHO China representative Bernhard Schwartlander said in a commentary, pointing to rising rates of cancer and cardiovascular disease.

“It is simply not sustainable to meet these challenges in a health system that relies on hospitals.”

What China’s Cooling Housing Market Means for Its Economy

China has been trying to overhaul its healthcare system, including promoting local, grassroots medical facilities and pledging to raise the number – and quality – of local GPs. However, low doctor salaries and a lack of trust by patients in local health centers has slowed progress.

The WHO pointed to long queues, difficult booking systems and tight consultation slots that often last just a few minutes.

“(It is) a symptom of the enormous patient load and pressure which doctors in China face every day,” it said. “But this is not how things should be in a well-functioning health system.”