The U.S. Says Its Delay of the $400 Million Iran Payment Was ‘Leverage’ 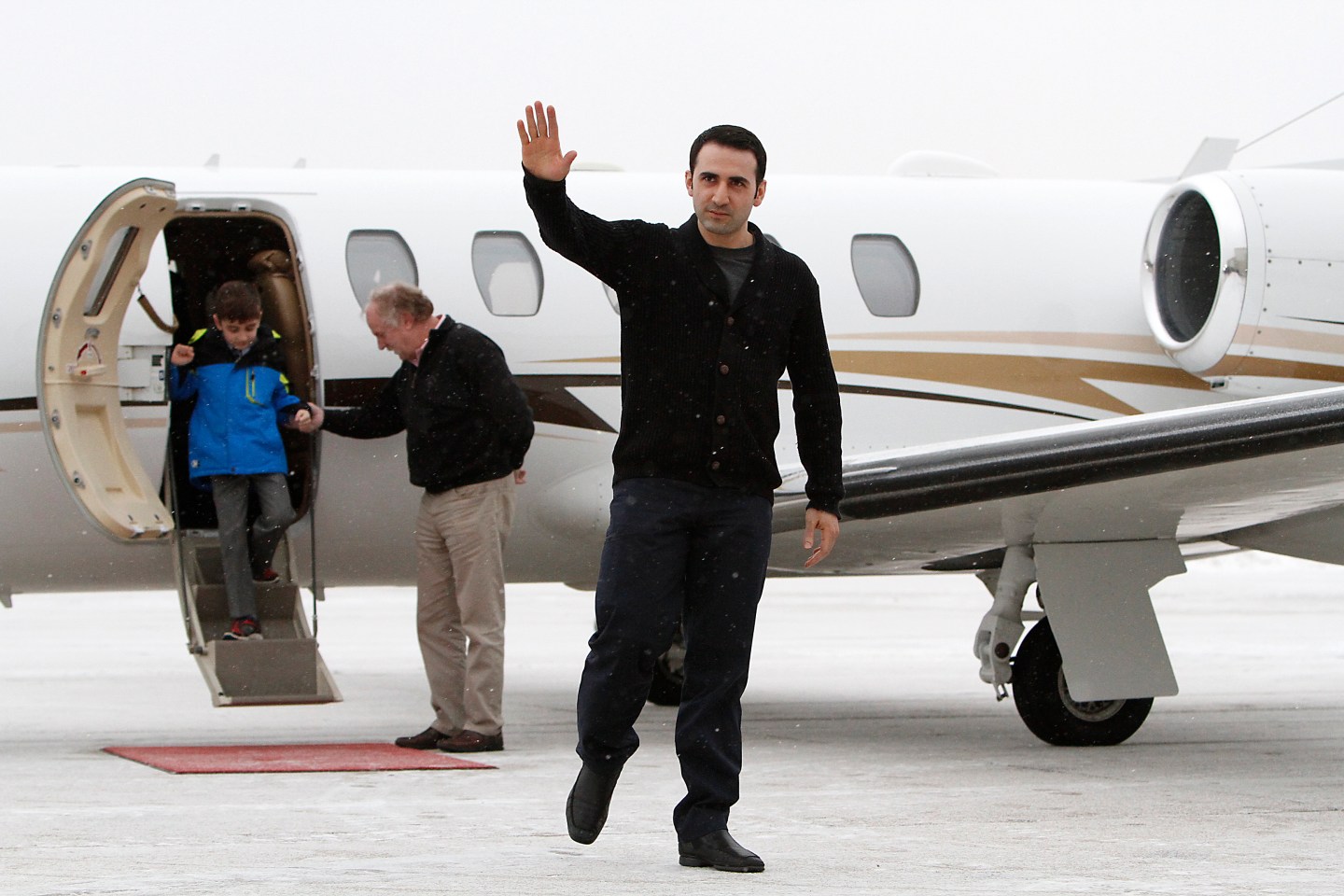 Amir Hekmati, center, a Marine held in Iran, returns home on January 21, 2016 in Flint, Michigan. Hekmati was released from an Iranian prison this week after being held there since August 2011, when he went to visit his ailing grandmother and was arrested due to being accused of being a spy.
Photograph by Sarah Rice — Getty Images

Update: The State Department admitted on Thursday that its delay of a $400 million payment to Iran in January was designed “to retain maximum leverage,” The New York Times reported.

State Department spokesman John Kirby said in a briefing that the U.S. “took advantage of the leverage” to ensure its citizens were released that same day, according to the Times.

Original story: The U.S. timed a payment of $400 million to Iran to coincide with the country’s release of American prisoners in January, according to a report.

The Wall Street Journal reports, citing anonymous sources, that the U.S. would not give Iranian officials control of the money until American prisoners had departed Tehran en route to Geneva.

The U.S. payment to Iran, which was reported when it happened in January, has made headlines in recent weeks after U.S. presidential candidate Donald Trump and others claimed that the money amounted to ransom. The government says the payment settled a long-standing debt the U.S. owed to Iran before the current regime came to power.