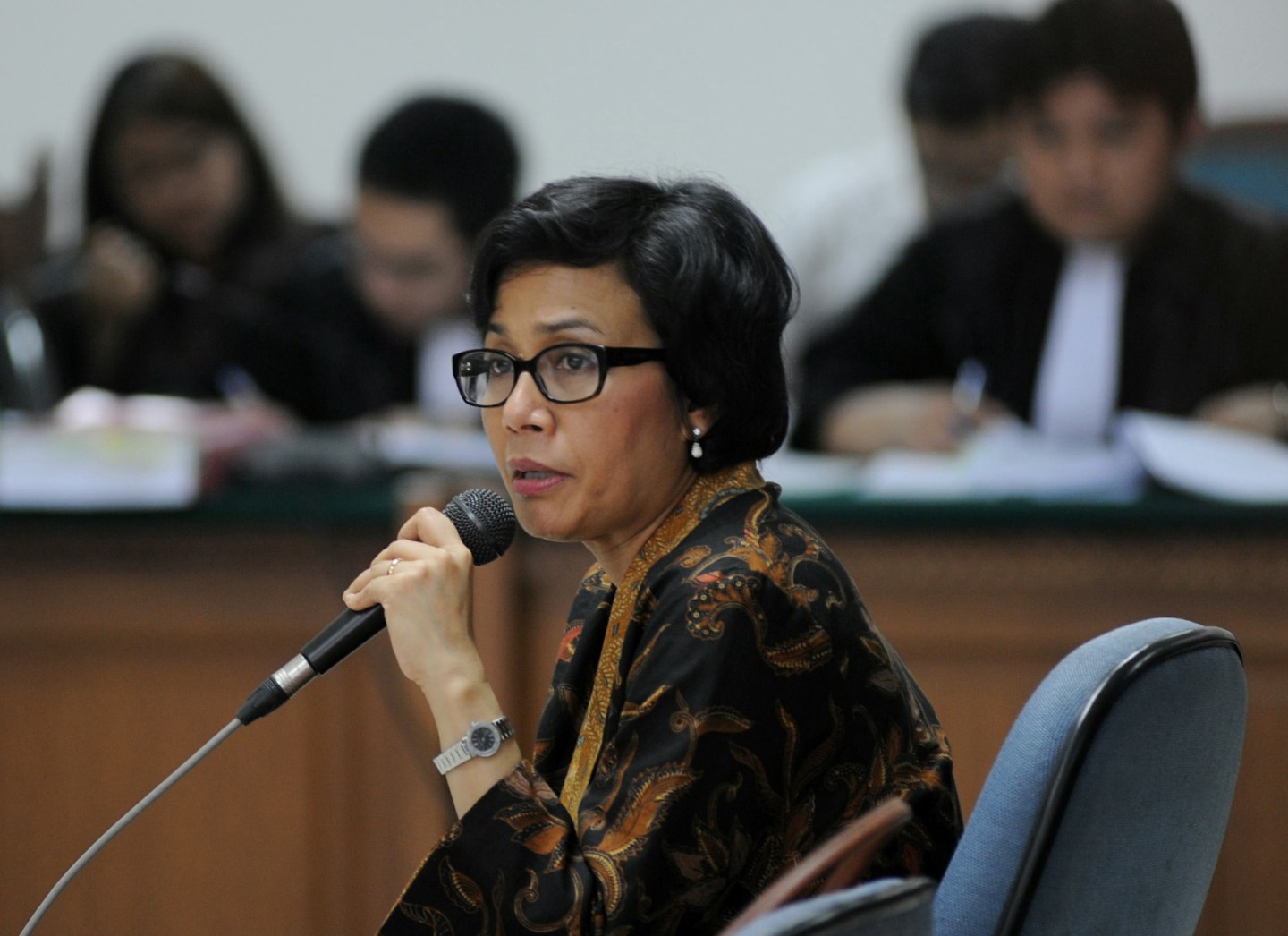 JAKARTA, INDONESIA - MAY 2: Former finance minister of Indonesia Sri Mulyani defends her decision on the bailout of Bank Century in testimony at the trial of a former deputy central bank governor on May 2, 2014. Sri Mulyani is the key witness of a scandal over a 580 million USD rescue package for Bank Century in 2008, according to local media. (Photo by Jefri Tarigan/Anadolu Agency/Getty Images)
Jefri Tarigan/Anadolu Agency/Getty Images/File

Indonesian Finance Minister Sri Mulyani Indrawati warned tax dodgers that an eight-month tax amnesty program was their last opportunity to have all of their “sins deleted” or face “hell” afterwards.

In her first interview with the foreign media since returning as minister, the former World Bank managing director also told Reuters on Friday her top priorities were restoring credibility in the state budget and improving investors’ confidence in the economy.

The 53-year-old Indrawati, named finance minister in last month’s cabinet reshuffle, said revenue collected so far from the tax amnesty was less than expected, only a tiny fraction of the billions of dollars the government hopes will go into state coffers to narrow substantial fiscal deficit.

To people who owe taxes, she offered a choice: “Basically you have heaven and hell. This is the opportunity for you to go to heaven with only 2% (tax penalty) and all of your sins have been deleted.”

“If you’re not using the opportunity this time, I’m not going to play around,” Indrawati added, warning wealthy business owners that she had “a lot” of video of them admitting they do not pay taxes. Indrawati did not disclose any names.

The amnesty lasts until March and has so far collected only 757 billion rupiah ($57.61 million). That is just 0.5% of the 165 trillion rupiah the government hopes to collect by the end of December.

In addition, the government hopes that more than $70 billion of assets overseas will return home under the amnesty.

Indonesians can pay the lowest rate of 2% if they enter by Sept. 30. Under current law, the punishment that tax evaders will face after the tax amnesty is a 400% penalty on amounts due.

Indrawati, who has a doctorate in economics from the University of Illinois, said she was “cautiously optimistic” collections will improve after September.

Battered by strong opposition from some Indonesian tycoons, she resigned in 2010 and joined the World Bank.

President Joko Widodo, after his 2014 election, tried to get her in join his initial cabinet, but she declined. Nearly two years later Indrawati -ranked number 37 on the Forbes list of the world’s 100 most powerful women this year – agreed.

Asked why she returned to Indonesia, Indrawati said “I see the momentum of Indonesia’s leadership and it is being managed well. There is a clear intention to improve the performance of the country.”

See also: This Choice Is the Most Immediate Threat to the Global Economy

Over the past two years, perceptions had emerged that “all the figures in the budget have been decided in a way that created more questions rather than clarity,” she said.

Indrawati said she expects the economy to grow faster in the second half and post a full year growth of 5.2%, although she admitted that target would be “a little tough” to reach.

“I think that 5.2 is going to be possible but it requires a lot of hard work,” she said. “Demand side growth is still very bullish, inflation is very stable at this very moment and for Indonesia’s history it’s considered very low so that’s going to be something that will provide momentum for the domestic economy.”

“That will require a little bit higher than 5.2%, in the second half, a little bit tough I must say, but we’ll see.”

In the April-June quarter, Indonesia had better-than-expected annual growth of 5.18%. In the first quarter, the pace was 4.92%.