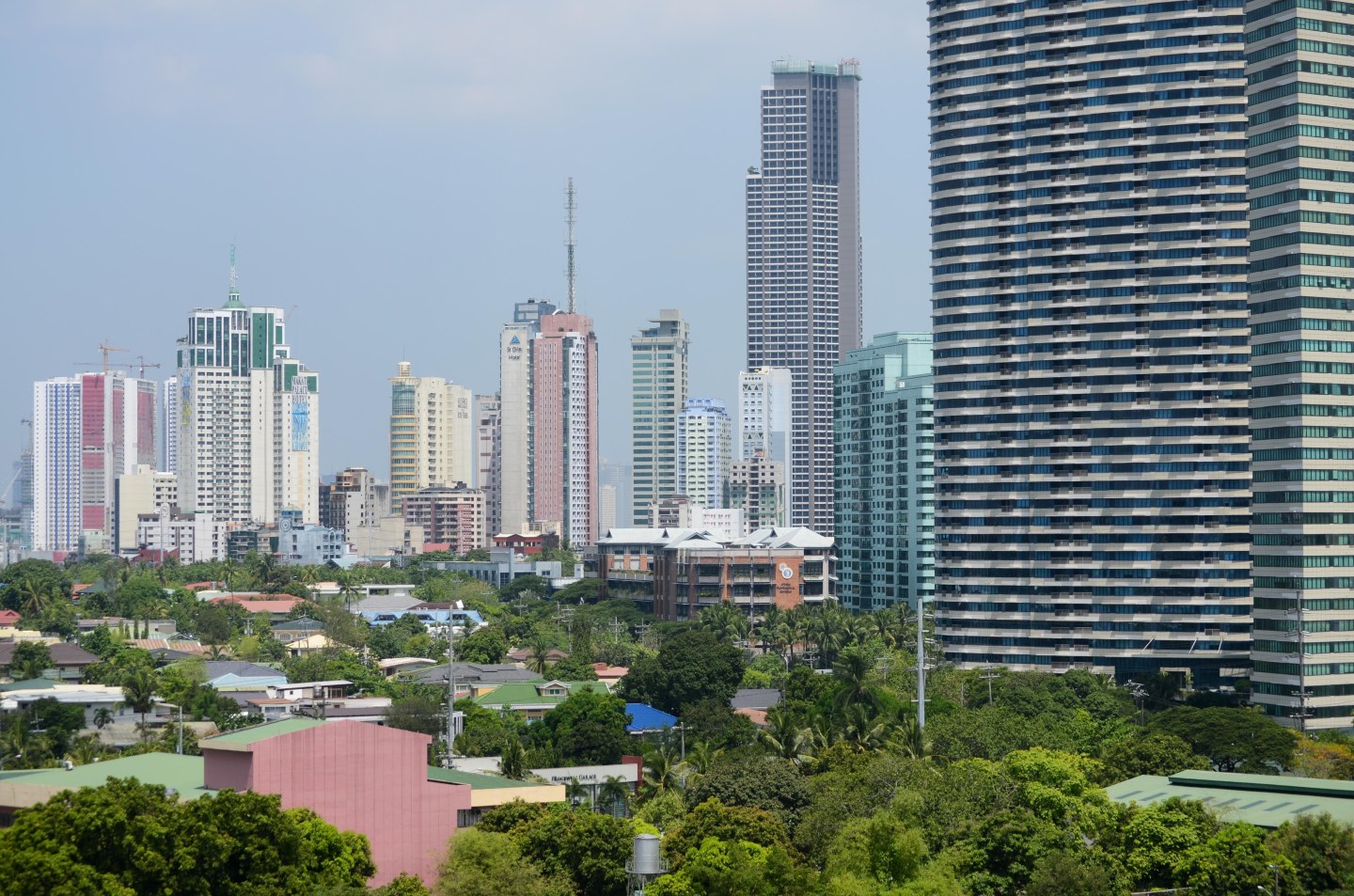 MANILA, PHILIPPINES - MAY 08: A general view of the financial district of Makati City on May 8, 2013 in Manila, Philippines. The Philippines is in the throes of a property boom that is unprecedented in Southeast Asia. Hundreds of construction cranes are seen across Manila's skyline as property developments including office buildings, housing projects, hotels and new shopping districts are changing the face of the metropolis. The country's credit rating has been upgraded once again from a grade of BBB- to BBB by rating agency Standard & Poor's and the economy is expected to post a GDP growth rate of 6%, 1% higher than initially forecast. (Photo by Dondi Tawatao/Getty Images)
Gondi Tawatao/ Getty Images

The Philippines was Asia’s fastest-growing economy in the second quarter, based on the government’s announcement on Thursday of 7% annual expansion in April-June.

The pace was the country’s quickest in three years, and beat the first quarter’s 6.8% and a Reuters poll forecast of 6.7%.

China reported second quarter growth of 6.7%. India, which had the fastest annual growth in January-March, with 7.9%, will report April-June data on Aug. 31.

Helping lift growth in the second quarter was campaign spending ahead of the May 9 presidential vote won by Rodrigo Duterte.

The Philippines said that on a seasonally adjusted quarterly basis, the economy grew 1.8% in the latest period, matching a Reuters poll forecast and topping the upwardly revised 1.3% for January-March.

Economic Planning Secretary Ernesto Pernia told a media briefing the economy’s strong showing in the June quarter “increases the probability of our attaining” the government’s 6-7% growth target for all of 2016.

The statistics agency said investments, which rose a faster 27.6% in the second quarter from a year earlier, made the biggest contribution to second quarter growth, followed by household consumption, which picked up to 7.3%.

Annual growth in the Philippines has stayed above 6% since the third quarter of 2015, as strong domestic demand, underpinned by remittances and low inflation, helped cushion the impact of sputtering global demand on the country’s exports.

In the first half, exports were down 7.5% from a year earlier.

Since May 2015, the annual inflation rate has stayed below the bottom end of the central bank’s 2-4% target, allowing the monetary authority to keep policy steady since a 25 basis point hike in the main rate in September 2014.