Digging Into Walmart’s Deal for Jet.com 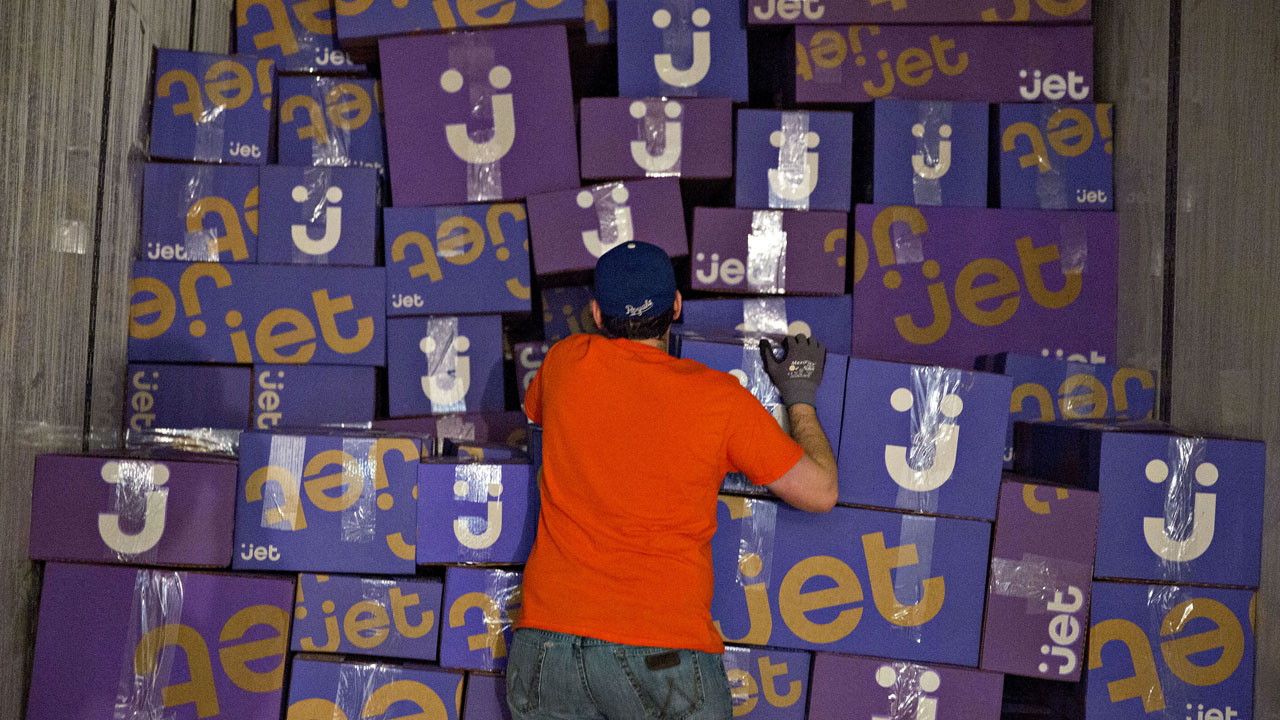 Wal-Mart (WMT) last week announced plans to acquire Jet.com, an e-commerce startup founded just two years ago by the former head of Quidsi (a.k.a. Diapers.com, which is now owned by Amazon). The retail giant said it would pay $3 billion in cash up-front, plus up to $300 million in stock-based incentives.

Fortune has since spoken with several sources close to the deal, and have learned more about the financial angles:

1. CEO could afford to buy an actual jet: The effective cash sale price works out to $9 per Jet.com share. That’s a nifty premium on the $4.9879 per share Series B-1 price from last November, and means a huge payday for Jet.com co-founder and CEO Marc Lore. Sources say that Lore currently holds more than 50 million shares, of which he’ll sell around 20% up-front, with the rest continuing to vest (per his agreement to take over all of Wal-Mart’s e-commerce operations, in addition to continuing to lead Jet).

Moreover, Lore is theoretically in line to receive around two-thirds of the $300 million in potential stock earn-outs that are on top of the $3 billion cash sale price.

Who is Eric Martin? He’s a bath installer who last year won a Jet.com contest about who could get the most new users to sign up for the service (he spent around $18k on ads). The prize was 100,000 shares — which some news reports suggested could be valued at upwards of $20 million. I’m thinking that Martin will still be okay with his 50x return on investment…

3. Humble beginnings: Much like with the Unilever/Dollar Shave Club situation from last month, discussions between Jet.com and Wal-Mart were about a strategic investment before they were about an acquisition. In fact, a minority equity deal was still being bandied about just days before that sale papers were signed (perhaps as part of a Series C round, which was planned for Q4).

You also may recall that Wal-Mart had offered to buy Lore’s last company, Quidsi, for around $600 million — but Lore stuck with an agreement to sell to Amazon (which had engaged in very questionable competitive practices against the upstart).

“The Quidsi executives stuck with Amazon, largely out of fear,” wrote author Brad Stone, in his 2013 book, The Everything Store. Wal-Mart also had expressed interest in participating in Jet’s Series A round, but it didn’t come to fruition.

4. Tax take: Wal-Mart said in an earnings release on Thursday that it plans to close the Jet.com acquisition “near the beginning of the fourth quarter of FY 2017.” For Wal-Mart, that quarter kicks off at the beginning of this November.

The reason that date matters is that Jet held a first close on its giant Series B round on Nov. 24, 2015 (per Fidelity). A second close came in January. If Wal-Mart completes the purchase on, say, November 10 — then all of those new Series B investors will be stuck paying ordinary income tax rates on their profits from the $3 billion cash sale, rather than lower capital gains rates (which require at least a year of hold-time for preferable rates). It’s not a pressing issue for earlier investors, including some who participated in a bridge financing that rolled into the Series B-1, but it will significantly cut into profits for the latter ones.

Fortune reached out to Lore, Wal-Mart and Jet.com for this story, but didn’t hear back.