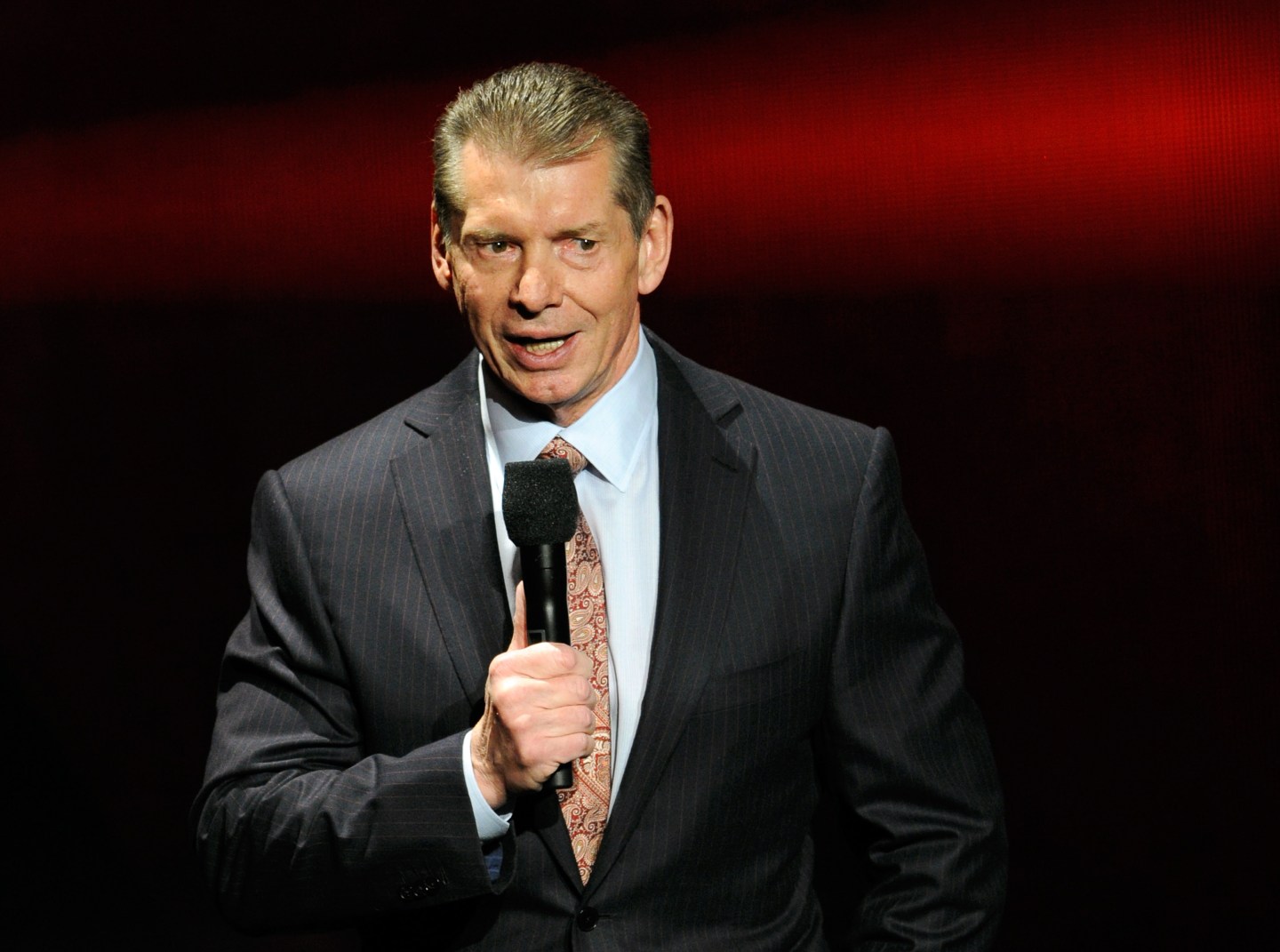 LAS VEGAS, NV - JANUARY 08: WWE Chairman and CEO Vince McMahon speaks at a news conference announcing the WWE Network at the 2014 International CES at the Encore Theater at Wynn Las Vegas on January 8, 2014 in Las Vegas, Nevada. The network will launch on February 24, 2014 as the first-ever 24/7 streaming network, offering both scheduled programs and video on demand. The USD 9.99 per month subscription will include access to all 12 live WWE pay-per-view events each year. CES, the world's largest annual consumer technology trade show, runs through January 10 and is expected to feature 3,200 exhibitors showing off their latest products and services to about 150,000 attendees. (Photo by Ethan Miller/Getty Images)
Ethan Miller/Getty Images

World Wrestling Entertainment (WWE) (WWE) CEO Vince McMahon has sold 1.55 million shares in the company in his estate planning, according to Bloomberg.

The sale is valued at about $32.5 million. It represents about 2% of WWE’s total Class A and Class B shares, still leaving McMahon with majority ownership and about 47% of total shares.

The news comes as WWE has been surrounded by takeover rumors this year, particularly after WME | IMG’s acquisition of UFC in July for $4 billion, Bloomberg reported.

But McMahon reportedly told the company after the transaction that he doesn’t plan to sell any more shares.

See also: UFC Has Sold Itself For $4 Billion

For more on wrestling and entertainment, watch Fortune’s video:

WWE is not actively looking for a buyer, chief strategy and financial officer George Barrios told Bloomberg in July. But “we’re always open to listening,” he said, “to anything that we thought could help us, you know, execute more successfully, more aggressively in terms of what we’re trying to do and grow the business.”